QUEENSLAND has joined other mainland Australian states with government approval announced yesterday for suitably trained and certified laymen to join veterinarians in providing pregnancy testing services to the cattle and live export industry.

Previously only qualified vets could conduct preg testing of cattle or ovarian scanning for payment in Queensland. 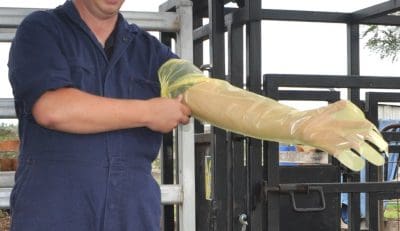 The regulation does not apply to private individuals wishing to preg-test their own stock, where no fee is applied.  Nor would cattle tested by lay preg testers be eligible for sale through saleyards.

The decision has been five years in the making, requiring legislation changes through the Queensland parliament to enact.

Along the way the issue of using lay preg testers has attracted vigorous debate. Critics of the move – mostly led by practising veterinarians – say it is likely to lead to reduced diagnosis accuracy, and potentially pushing some cattle vets who currently rely on preg testing as part of their a revenue stream out of business.

The regulations around pregnancy testing and ovarian scanning for commercial purposes will change once an industry-based accreditation scheme is in place, Queensland Ag minister Furner said last night.

“After a lengthy consultation process, we are confident that it will benefit the industry if people other than vets can conduct testing and scanning,” he said. This would be of particular benefit in North West Queensland where cattle producers did not always have readily-available vets to do pregnancy testing for herd management and live export purposes.

Any animal welfare concerns could be appropriately addressed under the proposed new arrangements, Mr Furner said. 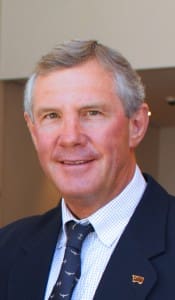 The issue first came up as a problem five years ago when live exporters were facing a bottle neck in sourcing vets to test boat cattle.

“If they are doing their own cattle that’s fine, but if they are going to accept remuneration for providing a preg testing service, the lay preg-testers that are out there will now have to be accredited,” he said.

Asked whether testing would now get cheaper as a result, Mr Struss said he did not expect the amendment to change pricing structures at all.

He said in his own business, he would continue to use vets to preg test his cattle.

“There are some vets in Queensland who really do the job properly, and have an excellent reputation for preg-testing. There are very few lay preg testers who operate in those areas, for that reason.”

“Those vets probably cannot do a lot more cattle than what they are currently doing anyway,” Mr Struss said.

“It is important to continue to have good population of vets across rural Queensland, because they offer so much in terms of issues like biosecurity monitoring these days. It’s paramount that we keep that going.”

“But what we wanted to do was tidy-up what is out there now. There are lay preg-testers out there now that are doing the job, that aren’t the proper deal. After this regulatory change, the industry in Queensland could actually end up with fewer preg-testers, because only those with skills and accreditation would be permitted to practice.”

“We’re not against the service provided by vets in any way, in fact I think this is going to work in their favour,” Mr Struss said.

“For some of the larger, more remote vet practises, preg testing is obviously a fundamental part of their service. But again, we think layman accreditation will see fewer people servicing the market – not more.”

He said a directory list would be established showing all practising cattle vets (all vets are eligible to preg-test, by way of their professional qualification), plus those lay preg testers who had passed their accreditation standards.

“This won’t happen overnight. AgForce is a registered training organisation, and we now have to build the accreditation program – again working closely with the Australian Cattle Veterinarians Association – and take it to the market.”

While southern states had their own accreditation programs for lay preg testers, none would have the rigour of that proposed in Queensland, Mr Struss said.

He said the live cattle export industry could not afford to have large scale ‘fall-out’ due to inaccurate pregnancy diagnosis by uncertified preg testers.

The Australian Veterinary Association described the decision as a “fundamentally flawed and expensive approach to accredit 10 to 15 lay pregnancy testers in Queensland.”

The AVA said there were currently only three lay pregnancy providers in Western Australia, so while initially there might be a flurry of interest in Queensland (as there was in WA), it was likely that over time the number would decrease dramatically.

“In this process there is undercutting, and vet practices go out of business, and then there are less providers,” the association said.

There was no cost benefit analysis performed as part of the process, the AVA said, noting that Agforce in its election platform was looking for $2 million to set up a lay preg testing scheme.

Added biosecurity risk with fewer vets operating in regional and rural Queensland was also raised as an issue by the AVA.

“African Swine fever is knocking on the door of Queensland, and setting up this scheme will mean less private vets in rural, regional and remote locations. With the increasing biosecurity threats, is the Queensland government going to employ vets to provide surveillance in these areas?” it asked.

“Ongoing maintenance of this scheme will be costly, so how is Agforce going to fund the auditing of this system for 10 to 15 lay pregnancy testers across the state?  Are these lay preg testers going to pay several thousand dollars each to support the costs associated with maintaining this scheme?”

Australian Cattle Vets president, Clermont vet Dr Alan Guilfoyle, said vets had not changed their view on the implications behind the move.

He said aiming to limit preg testing to vets was not about ‘greed’ among veterinarians, but simply ensuring the viability of vet practices in rural Queensland.

Dr Guilfoyle used a formula to estimate the impact of the changes. In southern parts of Queensland, he estimated that the loss of income generated by losing preg-testing on 5000 head of cattle would lead to the loss of one full-time cattle vet from the profession. In central and northern Queensland, the loss of each 15,000 to 20,000 head to lay preg-testers would cause the loss of a vet from the industry.

“In my own practise (Clermont Veterinary Services), we preg test around 100,000 head each year, accounting for 33pc of our business. That core allows us to have the presence to perform all the other jobs required of vets through the year.”

He said the business employed four and a half to five full time vet equivalents.

“In the event of a serious disease outbreak in northern Australia, I told Minister Furner that our own business would have qualified two vets ready to participate on the response process within 24-48 hours. Take our preg testing business away, and I doubt we would have the capacity to participate at all,” he said.

He used January’s North Queensland floods episode as an example, where the response by cattle vets played a critical role in assisting in managing the crisis.

“In the absence of government employed vets, commercial vets are now first line defence in biosecurity and crisis management like this year’s floods,” he said.

“They will look at career prospects in the cattle industry, and the absence of preg testing would make many think twice, looking to other forms of vet practise,” he warned

Dr Guilfoyle said vets’ opposition to the changes was not about trying to stop private individuals doing their own preg-testing, if those so chose.