The AOL* awards showcase excellence in the nation’s rapidly growing $2 billion plus organic industry, of which meat protein makes up 40 percent of all organic production. 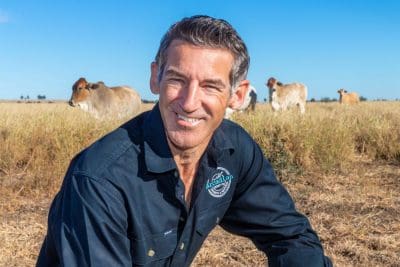 “Australia has an enviable reputation in global markets for its meat products, and we are seeing more and more consumers turn to organics, as they look for the health and environmental benefits that organic farming supports,” Ms Ford said.

Arcadian’s marketing & innovation director, Paul da Silva, said as one of the pioneers in the organic meat industry, the company continued to enjoy extraordinary growth.

“Last year we sold our products in twelve countries and were represented in more than one thousand supermarkets across Australia,” Mr da Silva said.

“We are proud of being a market leader and creating award winning products to meet the changing demands of consumers and our customers. Importantly, we continue to partner with the same certified organic farming families who supplied us when we began.”

Meanwhile, a career spanning more than 50 years in the meat and livestock industry earned recently retired Ian King the AOL Chairman’s Award in recognition of his long-standing support of organic certification. 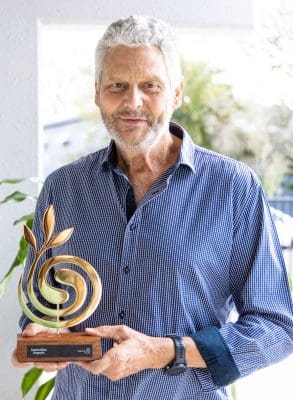 At AusMeat, Mr King worked to consolidate the use of the meat descriptive language and to develop standards underpinned by Quality Assurance systems. At Aus-Qual, he also served as the President of the Organic Industry Standards and Certification Council for many years.

Mr King said while winning the award took him by surprise, he was excited to be recognised for his contribution to Australia’s organic meat industry.

“I’ve had a long journey in organics, starting with my own farm in New Zealand many years ago to championing national standards for organic certification,” he said.

“One thing I’ve always enjoyed is encouraging young people to get involved in organics and mentoring them. It’s quite satisfying to be recognised for that. I’ve spent most of my career within the organic industry to benefit the whole sector and, importantly, to help consumers make informed choices by understanding labelling.”

To further grow the nation’s export organic meat industry, Mr King said Australia needed to aspire to a single standard for certification so there is equivalence at a national level.

“Because of our large land mass, the meat industry has great potential to expand its organic offering in export markets,” he said.

“However, we need one single standard that meets international requirements so we can market our products effectively and not have the impost of bringing overseas auditors in to determine organic certification.”

The Australian Organic 7th Annual Industry Awards were celebrated in a virtual ceremony on Friday, 12 November.

* Australian Organic Ltd is the peak industry body engaging with government and industry to promote the commercial and social interests of those who are certified and protect the integrity of the certified industry against fraud and misleading organics.