HOW do we prepare for this new blockchain marketplace and what uses can the industry put to blockchain?

Its claim to be a safe and trusted marketplace must certainly be relevant to the red meat industry.

Let’s have a look at some use cases that are relevant to the industry.

But first what has the wine industry done recently?

“In vino veritas” has always been my maxim but after a number of high-profile fraud cases where investors have been duped into buying fake wine, the maxim of “in vino duplicitas” might be more apt.

Trust in fine wine markets has never been lower, but the introduction of blockchain has brought hope. 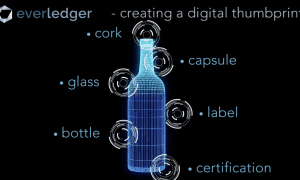 A London-based blockchain technology firm has teamed up with a wine fraud specialist to create a permanent digital representation of a bottle of wine on blockchain, using more than 90 data points, high resolution photographs combined with ownership and storage records. This creates a trustworthy provenance upon which investors can rely.

This has been a welcomed introduction to the fine wine market.

I am aware of many endeavours to establish a blockchain type solution to many of the issues that exist in the red meat supply chain.

Industry needs to continue to monitor these developments and it is for me the trust aspect of a blockchain solution that is particularly intriguing.

Regulatory burden was another key material risk called out in the AMPC sustainability report 2016.

Blockchain automates trust. Blockchain has become a technology on which to build tools that automate trust. In a collaborative economy, that means trusting enterprises not based on reputation or brand but based on the immutability of blockchain. The cost of trust is high, and we incur risk each time we cannot completely trust our business …

So, what use cases might be relevant in the red meat processing industry? There are many that come to mind, but a few stand out for me:

Power has been identified by all manufacturers as a significant burden. There’s a growing degree of certainty that blockchain will transform the energy system. But the question is how. 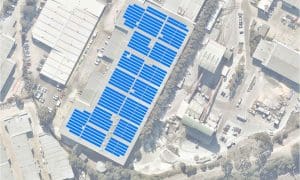 Design for the installation of a 2300 panel solar array on the roof of Sydney value-adding company, Andrews Meats

Blockchain or not, the grid is fast changing from the old system of analogue, fossil-fuelled, centralized generation and transmission to a new paradigm defined by a high percentage of renewables, especially solar and wind, and customer-sited smart technologies, such as rooftop solar, battery energy storage, electric vehicles, smart thermostats and more.

Imagine if a Processor Power Grid was established by the processing plants throughout Australia as an early adopter of this future power grid.

Power costs are a significant cost input into the processing plant and there are quite a number of isolated projects presently being undertaken by larger plants in the area of solar, wind or biogas processes. These projects are focused on a plant by plant basis and significant industry and government funds have been used to develop them. To be sustainable into the future power costs need to be addressed on a wider basis and the economic clout of the largest trade exposed manufacturing industry could be tested.

The processors could take the lead in establishing such a community power grid with the installation of solar panels, batteries, small wind turbines, large biomass plants all connected by devises which monitored the status of the grid; all within the local community. Using these  IoT devices, the energy needs and demands can be analysed since everything can be measured from solar and wind power generation, forecasting, normal power loads, grid power availability and pricing and this Blockchain could be used to trade power between consumers without the utility company even knowing.

Such a grid would force the grid owners to upgrade the transmission lines to cater for power production at the extremities and allow the home generation of power by staff and suppliers to access the grid: something akin to CopperString 2.0 but much larger.

The Energy Market Operator has noted on a number of occasions the urgent need to beef (sorry for the pun) up the power system to deal different threats across the system. The operator went on to say that the transmission grid requires more interconnections, as well as more storage, demand response and different types of responses.

Why wouldn’t the Processor Power Grid find a home in this market?

Transport costs have been identified as another significant cost to the red meat industry and it probably ripe for some consideration.

No doubt there are many transport use cases in practice or under-development, but I thought I would raise a couple of thoughts about how such a use case could be completed with substantial efficiencies released to the industry. I am sure this will be one area of deep consideration by the new meat company, Wholefoods/Amazon which are masters at supply chain efficiencies.

The protocol layer of the blockchain will support a broad and large number of IoT devices which will be the big contributor to the network. The value chain is replete with devices that record and measure most things, such as, weights, temperature, moisture, distance, transit times and availability of load spaces, etc.

Like in the US where 90% of trucking companies have fewer than six trucks, there is a constant struggle in Australia with matching shippers (demand) with carriers (supply).

Another use which bears thinking about is the tracking of grain shipments around Australia during the drought.

When the drought breaks there is an expectation there will be a huge outbreak of weeds all over the country and what better way to deal with this crisis than through a blockchain application.

Weeds cost Australian Agriculture over $4 billion a year and so a massive expansion of weeds in an uncontrolled manner would add to that cost dramatically.

It might also be very useful to monitor the imported grains as they make their way around the country.

An ABC headline in November last surprised me somewhat. Much of the “Australian Beef” sold in China is not Australian or beef. Could a cleverly constructed Blockchain provide a solution to this significant problem? 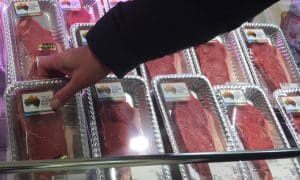 Use cases in a paragraph are a bit problematic, but just imagine a Blockchain which:

The blockchain history allows for easy identification of discrepancies (inventory loss, diversions and substitutions, etc. unauthorised geographic sales, e.g., parallel imports are quickly identified. Banks, trade financiers, shippers, intermediaries and customs are on the same blockchain for easy of interaction and exchange of information. All products will have a blockchain label assured through the use of an anti-counterfeiting label.

So, as IBM states, blockchain is a team game. It needs to run alongside a symphony of other technologies, such as, AI, nanotechnology and IoT backed by a close working relationship with relevant industry players.

If substantial benefits can be shown such a blockchain could be built.

But such an endeavour would need a motto that would bind the team.

It was not in the wines of Languedoc where I found the motto but the lighter wines of Provence, a Rose nonetheless from Chene Bleu with the motto: