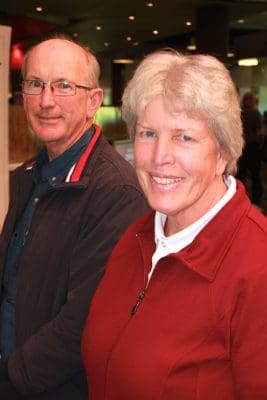 Consolidation in the meat processing sector, and its affect on buyer competition was one of several issues discussed at last Friday’s ACCC forum in Toowoomba.

Casino, NSW, cattle producer Angela Seccombe told the forum she believed producer returns in her region had suffered in recent years because of changing dynamics in the local processing sector.

Mrs Seccombe said the purchase by the Northern Cooperative Meat Company at Casino of smaller meat companies Ramsay Meats and Manning Foods, in 2011 and 2013 respectively, had reduced the number of buyers operating on vealers in the local market from three down to one.

She told the forum that a move by the cooperative to begin processing its own cattle three years ago, instead of remaining purely as a service kill provider, had also impacted negatively on producer returns.

She said the decision was made without first getting approval from the cooperative’s 1300 producer shareholders.

“The only competition we get is if Greenmountain comes down from Coominya and buys veal,” Mrs Seccombe said.

“They (NCMC) are setting the price for saleyards and then setting the consignment price as well.

“We’re never going to come out on top in that situation. The only thing that is saving us at the moment is the restocker interest.”

Mrs Seccombe said vealer prices at Casino last Wednesday dropped by 10c/kg in a week that that saw rises in most other markets.

“I would say it was the only market on the east coast of Australia after all the rain, that went down, when everybody else went up 15-20c, so I think that should be looked at.”

She told the forum that the NCMC had traditionally made profits of $2-$3 million annually, which had been re-invested in the meatworks, but in recent years it had reported profits in the order of $25m a year.

Producers selling vealers at Casino traditionally enjoyed a significant premium to the EYCI, she said, but in the past three years that trend had reversed.

“We plotted the EYCI and Casino vealer prices for six years,” she said.

Producer shareholders last year received a one-off payment of $17 per head for consigned cattle processed through the NCMC works the previous financial year, Mrs Seccombe said. Based on her calculations comparing traditional Casino vealer prices with the EYCI, she estimates that producers received $60 a head less than they normally would have based on the historical trend.

Most of the profits made by the NCMC in recent years were being reinvested in a major plant upgrade including a new knock box to handle the increasing weights of feedlot cattle, and new cold storage, steel holding paddocks, boiler and waste water treatment infrastructure.

“All of these things are well and good but they equally benefit the members from outside the area who use the NCMC purely as a service works and retain ownership of their product. It is the veal producer that has been used as a cash cow to fund much of this development,” she said.

NCMC general manger Simon Stahl told Beef Central that the plant’s veal floor had only been operating at 30pc capacity prior to the decision to operate as a veal processor in its own right.

“The service model has a lot of advantages, but its weakness is that if individual operators start to lose money or if they have a better option they go elsewhere.

“Particularly when the Ramsay Meat business came up for sale, it was the view of the board that to really secure the jobs and the plant at Casino on the veal side of the business, it was appropriate to operate as a veal operator.”

Mr Stahl said it was his task as general manager to run the business commercially, while the seven elected primary producer members of the board were responsible for any decisions in regards to profit distribution.

The question of whether to operate a service kill or to operate as a processor was “just a business model” and did not require approval by shareholders.

The constitution did not stop the cooperative from operating as a processor in its own right.

“In 1933 actually the founders for the first six years processed in their own right, and they found that that business model obviously didn’t work for them at the time.”

The beef floor continues to run predominantly as a service kill.

“That model is performing well for us,” he said.

Mr Stahl said the EYCI was not a vealer based pricing indicator, but an average across many categories, and was therefore “irrelevant in comparing against vealer prices”.

He also rejected the suggestion that NCMC set the price in the saleyard.

“We have a target buy price, however supply and demand ultimately dictates pricing.”

He said NCMC was a very small player in the young cattle market, representing less than 1pc of young cattle traded.