Loading sheep on the Al Shuwaikh out of Fremantle.

THE Coalition Government’s federal election win has been met with relief, but not complacency, by supporters of Australia’s livestock export trade.

A Labor victory in the election would have meant the industry facing the party’s policy to ban Northern Summer sheep shipments to the Middle East and phase it out entirely “over time.”

Although most polls predicted a Labor victory before the ballot closed on Saturday, the ABC’s election computer is today predicting the Coalition will secure majority government with at least 77 seats. The ALP is expected to hold 68 seats with other parties and independents to secure six seats.

WAFarmers president David Slade said the election night coverage on the ABC was “the best TV he has watched for years”. 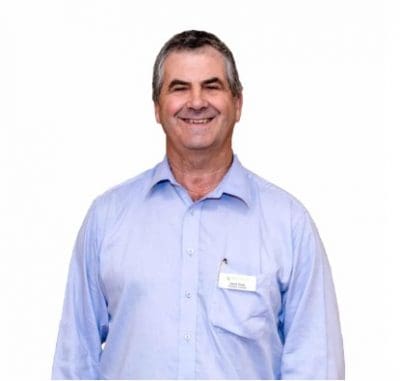 “It gives us certainty, but we can’t be over-sure of ourselves; we have to maintain that we are going to have animal welfare looked after, we are going to get the processes rights, especially the wet bulb test, which needs a lot of work to reflect what we are doing now.

“We have to continue to worry about live export and we have to make sure that sheep and cattle are exported in a humane and decent fashion,” he said.

He said the trade and recent shipments were “going quite well.”

“The challenge is to converting what we have now into the scientifics, which will be the wet bulb test, and not at 28 degrees Celsius, that’s just ridiculous.

“If they want to do it on a scientific basis, rather than observation, then they will have to do a lot more research than what they are doing now.”

He said the trade was meeting “all expectations” with the three-month voluntary suspension of Northern Summer sheep shipments to the Middle East (June-August), lower stocking density, observers on the boat and better boats.

“All the live exporters are on notice now and with a bit more fine-tuning we will be shipping those sheep really well with good welfare outcomes.”

The unknown factor in the political future of live export was still the future impact of independent MPs, he said.

“We’ve got to make sure that we do it right and we show the public and the politicians that we are doing it right, that’s the main thing.”

Animals Australia, which has vowed to end the live trade in sheep, has expressed confidence in the Coalition Government’s willingness to ensure increased oversight and implementation of proposed trade reforms.

However AA chief investigator Lyn White reiterated her belief that live animal export “is not a trade that can ever achieve a social licence to operate.”

“Leading animal welfare scientists and the majority of Australians see it as cruel and unnecessary.

“It is not possible to adequately reduce the risks or unnecessary stresses of transportation by sea,” she said.

Not a time to slow the pace of reform – ALEC

Australian Livestock Exporters’ Council chief executive officer Mark Harvey-Sutton welcomed not having a federal government whose policy was to phase out the live export trade.

“We can’t take our foot of the pedal, it doesn’t change anything for us in terms of what we have set out to do.

“We still have an agenda for reform that we will execute and communicate with whichever government is in power,” he said.

“For instance, one of the things we need to work with the Coalition Government on is the heat stress risk assessment review, which is going to be released soon.

“We need to work very closely with government as that also will have an impact on the live sheep trade,” Mr Harvey-Sutton said.

“Nothing is really changed in our view in terms of what we need to do.”

He said the crossbench influence “has to play out”, although it seems the Coalition is expected to gain a strong majority.

He said younger people in the Middle East are coming through with slightly different attitudes.

“So I think natural market forces will mean that over the next 5-10 years, live export will be a smaller component of the total meat sales.

“We as an industry need to clearly understand that and continue to accelerate our evolution to be able to capitalise on those changing market conditions that will accelerate over the next three, five, ten years,” Mr Smith said.

“We as an industry need to say our destiny is in our own hands, the market will continue to evolve and we need to be very much at the forefront of meeting those opportunities.”

Animals Australia waiting “to see how the dust settles”

Animals Australia’s Lyn White said most of the significant changes to the live export trade over the past twelve months — a halt to the summer trade, reduction in stocking densities and department observers on vessels — occurred under the Coalition government.

“The Coalition has exhibited a willingness to acknowledge the public’s concerns as well as to act on the recommendations of independent reviews.

“The risks of live animal shipping are not in dispute, so we are confident that the Coalition will continue to ensure increased oversight and that proposed reforms are implemented,” she said.

As for lobbying of government and cross-bench members on live exports, Ms White said Animals Australia will “wait to see how the dust settles”.

“We are aware that there are politicians on all sides of politics who are concerned by the live export trade and understand the importance of animal welfare to the Australian public.

“Gone are the days that exporters can expect a Coalition government to defend them no matter what they do,” she said.

“We would expect, in recognition of the ongoing risks of this trade, that the Coalition would be prioritising talks with farming bodies to ensure that opportunities to increase onshore processing are embraced.”

Ms White said it should not be forgotten that the vast majority of Australian sheep exported have their throats cut while fully conscious in foreign abattoirs – a practice that will never be accepted by the Australian public.

“Those who accepted and profited through the suffering and deaths of Australian sheep over decades remain in control of the live sheep trade.

“Any reforms have been forced on them, not voluntarily introduced to reduce the suffering they were already well aware of,” she said.

“Regardless of this legislative reprieve, we would hope that farmers would take this into account, and make a considered decision as to whether these companies deserve their business and can be trusted with their animals.”

The RSPCA said it looked forward to working closely with the new Australian Government and all elected members of parliament.

“We will be writing to the Agriculture Minister as soon as the Morrison cabinet is announced,” the society said.

“While Saturday’s election may have exposed differences in the Australian electorate, there is little doubt that concern for farm animal welfare crosses political and geographical divides.”

“It has never been more important for the Australian Government to listen to the community’s concerns and invest in protecting and improving animal welfare across all sectors. This will help to build community trust at a time of increasing challenges and uncertainty for animal agriculture.”

“While politicians may come and go, the RSPCA will continue providing evidence-based advice and advocacy to ensure the new Australian Government and all Members and Senators are kept well-informed of the facts and the community’s concerns.”