Part of an offering of 140 PTIC Angus heifers, 23 months, from McRae Pastoral, Inverloch, VIC which sold over six lots to a top of $1510.

CATTLE numbers offered on AuctionsPlus decreased another 17 percent this week to 5964 head, but increased demand saw clearance rates rise to 51pc at auction. Among young cattle, heifer and steer prices across all weight categories fell this week – in places sharply.

The New South Wales listings attracted significant interstate bidding, with more than half of the state’s offerings heading across the borders into QLD, VIC, SA and TAS.

Victorian buyers were particularly active, accounting for 42pc of successful purchases, with the slightly better season down south enabling buyers to secure lots out of drought-affected areas of NSW and QLD.

Cow and calf numbers were in short supply, and mixed in quality. Prices ranged from $640 to $1570 and averaged $1061, down $45 on last week. The top priced offering was a small lot of 18 Angus/Hereford first-calvers, aged 2-3 years from Tumut, NSW.

The cows, with 160kg average Reiland Angus sired calves at foot, have been joined back to Reiland bulls.

Out of Lake Cargelligo, NSW a line of 98 Charolais cows, aged five years with 160kg Shorthorn-sired calves at foot returned $1400. The cows have been joined back to Shorthorn and Angus bulls and will be heading to greener grass in south-west Victoria. Out of Lake Cargelligo, NSW this line of 98 PTIC Charolais cows, aged five years with Shorthorn-sired calves at foot returned $1400.

Joined females were in short supply and well received by buyers, with strong bidding activity from restockers in SA and VIC. PTIC heifers sold from $1125 to $1510 to average $1386, up $468 on last week.

Numbers were supported by a large offering of 140 Angus heifers from McRae Pastoral, Inverloch, VIC which were broken up into two drafts – 75 tops and 65 seconds – sold over six lots. The heifers were aged 22-23 months and PTIC to Yancowinna and Rennylea bulls. The tops of the offering returned $1510, while the seconds averaged $1350.

PTIC cow prices were also significantly up on last week, averaging $1350 and ranging from $690 to $2150. This was lifted by an offering of 60 cows offered by Eyriewald Santa Gertrudis Stud, Winton, QLD, sold over six lots. The total offering, aged 2-11 years, PTIC to stud Santa bulls averaged $1970. 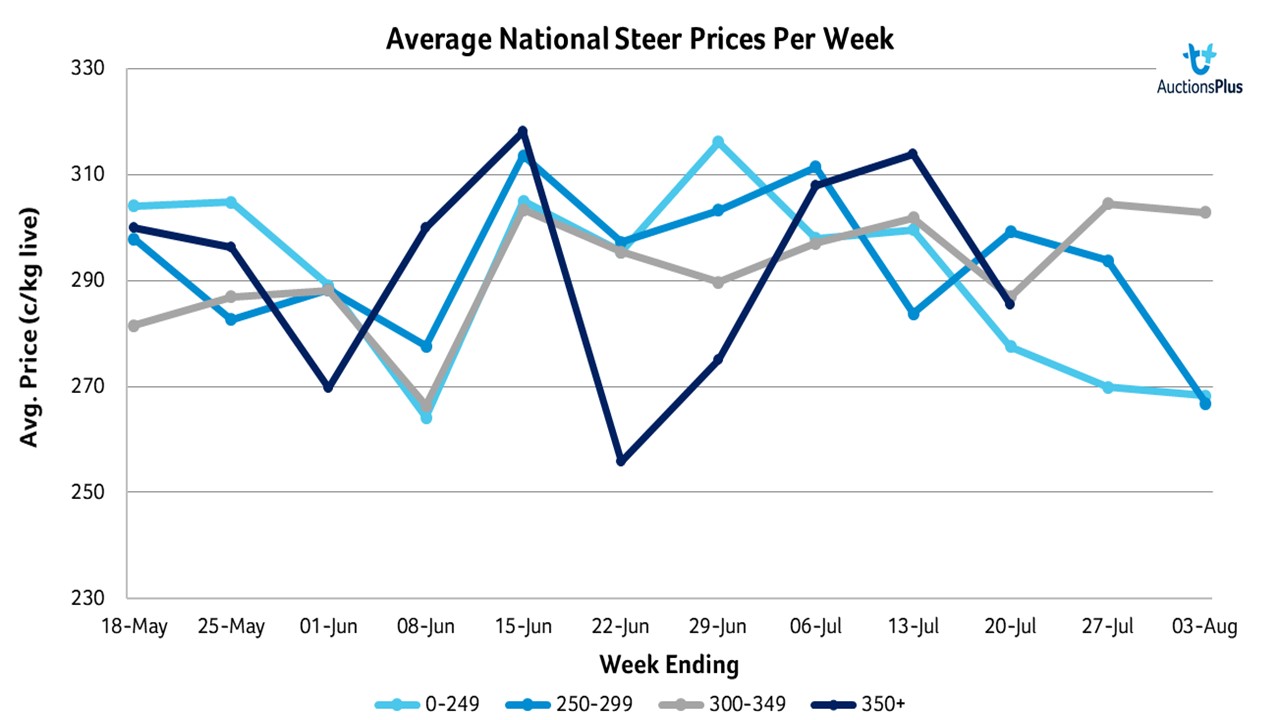 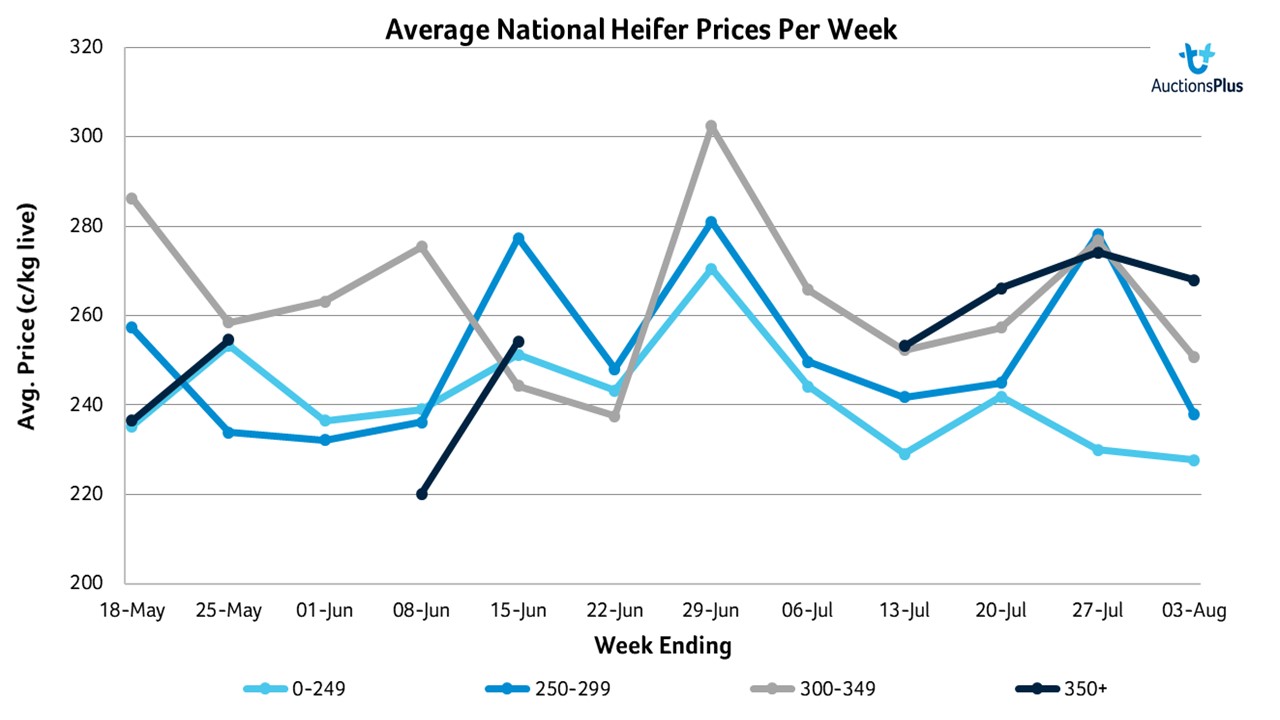