Prices for older cows have risen relative to younger descriptions on AuctionsPlus this year, as shortage of supply has forced restockers to settle for older animals in the herd rebuilding phase, AuctionsPlus has found…

THE widely anticipated herd rebuild has been delayed until the end of 2020, according to Meat & Livestock Australia’s recent mid-year Projections update, as the number of females being slaughtered remains high.

Across the board, 2020 has seen a resurgence of strong commodity prices across the livestock sector with widespread rain resulting in strong re-stocker demand.  At the same time, sheer lack of supply due to relentless drought and elevated kill rates has ultimately driven slaughter cattle prices to record highs.

Traditionally, the older cow is an article not a wide sought-after. For breeders and restockers, the longevity and return available for a young breeding article is far more attractive. However the reduced national herd has seen restocker buyers reconsider older cows as an alternative due to the higher commodity prices and surging demand for younger breeding articles.

The increase in demand for older breeders has seen a $693 per head increase achieved across the category on AuctionsPlus from 2019 to 2020.

AuctionsPlus Market Insights has looked at data from 2016 to present, identifying selling trends of older cows (nine years or older) online, and ultimately identifying periods when the price difference between older and younger cows has been reduced. This seeks to identify trends and showcase potential opportunities to gain a premium for older stock dependent on the conditions of the season.

As shown below in the graph below, 2016 was the last time older cows achieved strong prices, relative to younger females.

Following tough seasons in 2014 and 2015, producers looked to restock after autumn rain in 2016, with this heightened demand resulting in strong prices.

The conditions are similar in 2020: Significant widespread rainfall across the Eastern Seaboard throughout the first few months of the year has resulted in an increase in demand for breeding cattle as producers look to restock following years of drought and heavy de-stocking. At the same time processors facing limited slaughter cattle supply continue to compete strongly for older cull cows. 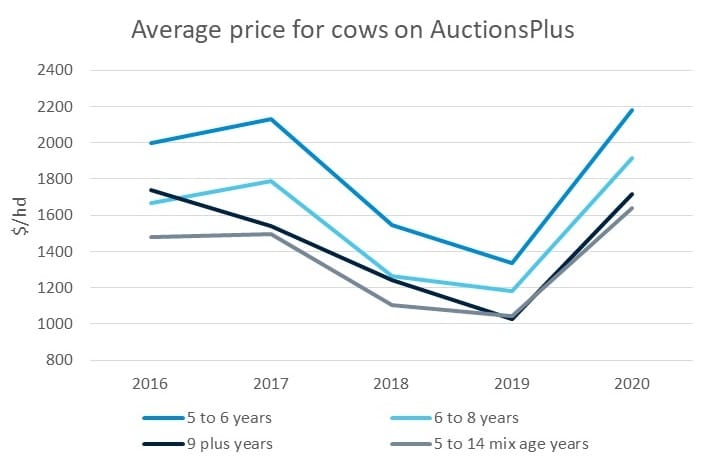 Figure 1: Average price achieved for cows on AuctionsPlus, 2016 to present

The price gap between younger cows (5-6 years of age) and older cows (9+ years of age) was at its smallest in 2016, with a difference of 13pc. In 2017 and 2018 the gap widened to 28pc, as older cows became less favorable in comparison to their younger counterparts. So far in 2020 this price gap has reduced to 21pc, as the national shortage of females is forcing restockers to look to older offerings. 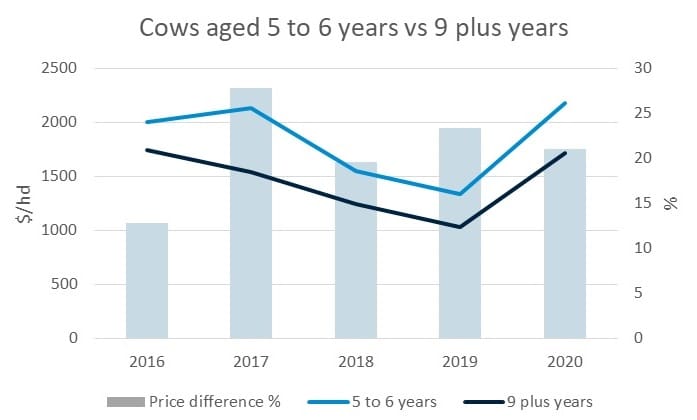 Figure 2: Average price comparison for cows aged 5 to 6 years and 9 plus years on AuctionsPlus, 2016 to present

Dubbo, NSW agent Shaun McHugh from Carter Lindsay & Weber, has recently been purchasing older lines of cows for clients looking to restock, following the turn in season for the area.

“National cow numbers have dropped dramatically, so as a result the purchasing of older cows is helping clients who are looking to restock,” he said.

In 2020, 78pc of the older cow offering has been sold PTIC or station-mated, providing a two-for-one article to buyers. The average price for joined cows aged 9 plus this year has been $1720/head, compared to $1027/head at this time in 2019.

Mr McHugh said for his clients, older cows were providing the opportunity to grow out a calf before selling the cow on, while the current strength of the cow kill job had increased confidence in this option.

Purchasing a 2-in-1 or 3-in-1 article while grid prices for older females are favourable is a common approach for quick turnover and aids in buyer confidence.

As the national cattle herd is not expected to start to expand until later in the year, will the upward price trajectory of older cows continue?

We expect the turnoff to extend into cows and calves as we move into Spring.

Just how far will this increase go? Will the price gap between older and younger breeder articles drop as low 2016?  Only time will tell.