The Bureau of Meteorology (BOM) has released one of the most favourable rainfall outlooks in recent years with a greater than 80% chance of the eastern half of the nation receiving a wetter than average spring as models point towards the development of a La Nina weather pattern.

For cattle markets this means increased restocker activity. A measure of just how optimistic restockers are becoming can be seen by the behaviour of the Restocker Steer Indicator spread to the Eastern Young Cattle Indicator (EYCI).

Historic analysis of the restocker spread to the EYCI shows that over the longer term it fluctuates either side of a 5.5% premium. During wetter than average seasons the spread premium can expand toward 16% as grass fever takes hold of restockers. Similarly, during drought the premium spread can revert to a discount, extending as low as an 8% discount as the cattle cycle swings toward a herd liquidation. 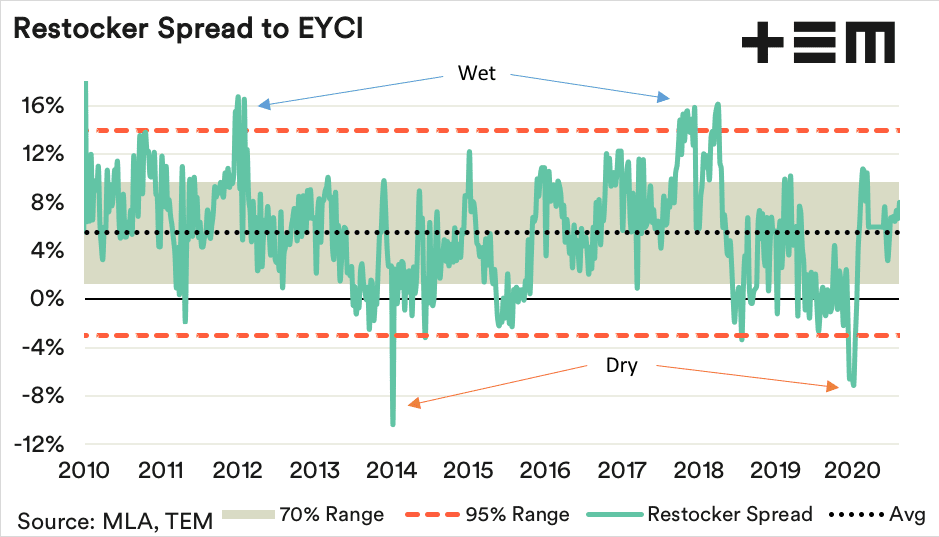 The seasonal pattern for 2020 shows that the restocker spread moved from a 5% discount in late summer to a 10% premium as the autumn break began to deliver rain to many areas on the east coast that missed out in the 2019 season.

Analysis of wetter than average seasons over the last decade shows that the usual wet season pattern for the restocker spread is to trend along the upper boundary of the 70% range as optimistic restockers chase cattle. 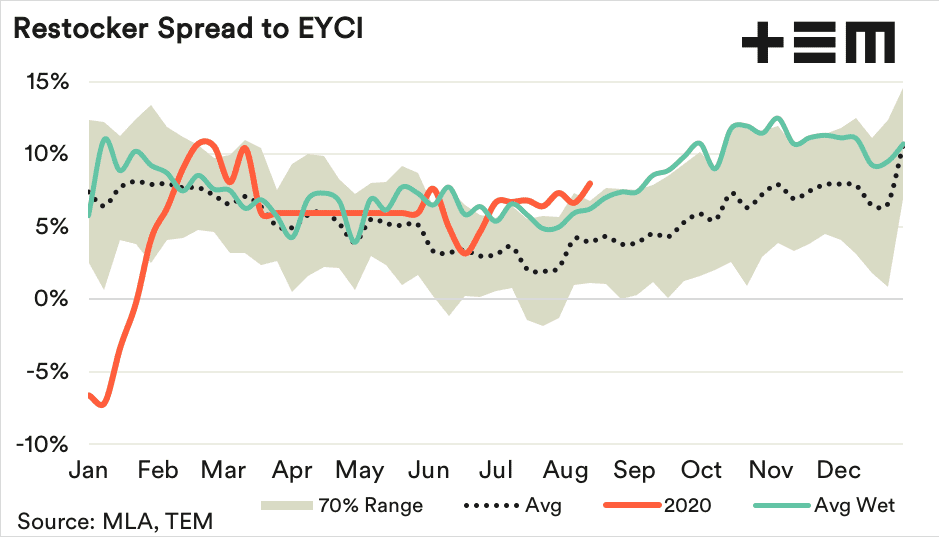 Despite the restocker excitement, a key measure signifying herd rebuild is yet to signal that the Australian cattle herd is out of the liquidation phase.

An annual FSR under 47% signifies that breeding stock are being retained and a herd rebuild is underway. Conversely, when the FSR is above 47% a herd liquidation phase is underway.

The FSR is calculated using the monthly Australian Bureau of Statistics (ABS) cattle slaughter data, which is released with nearly a two-month lag. At present we only have the January to June monthly figures which shows that annual FSR sitting at nearly 54%. It will not be until early September when we will be able to check the official July FSR level.

However, we can use current restocker activity to get an estimate of where the FSR may come in at. 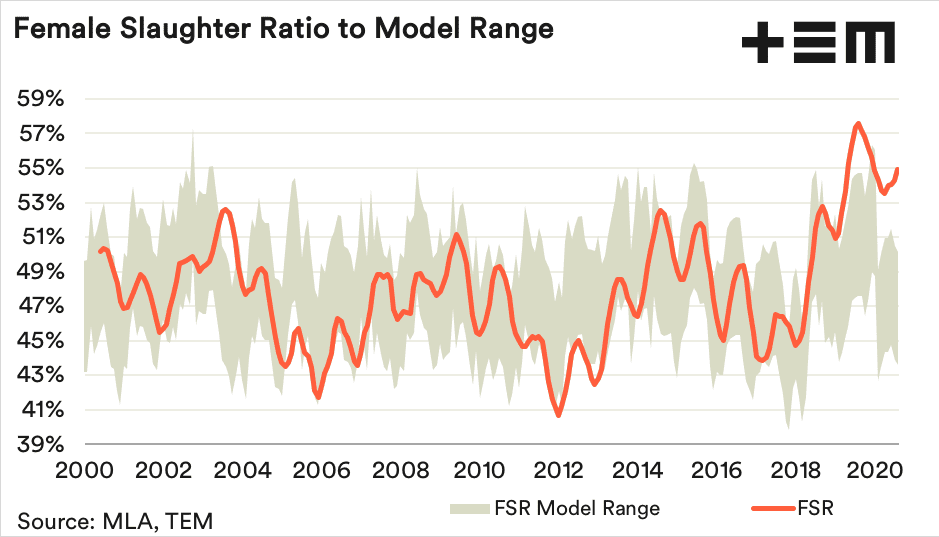 Restocker spread behaviour can sometimes act as a lead indicator for the FSR.

Fair value modelling of the FSR for July and August based off the current restocker optimism suggests that the FSR should be between 45-51%.

It wouldn’t be surprising to see the FSR below 47% and for the Australian herd to officially be in a rebuild phase when the August ABS cattle slaughter data is released in October.

Is it becoming too expensive to buy young cattle at these levels?

The Bureau of Meteorology has forecast one of the wettest spring seasons in many years.

While it doesn’t rain grass the prospect of ample pasture as we head toward the end of 2020 has got cattle producers interested in restocking.

The Eastern Young Cattle Indicator (EYCI) is on route to testing 800c/kg cwt, but is it becoming too expensive to buy young cattle at these levels?

Finished steer prices have remained firm and the national heavy steer is sitting at 375c/kg lwt as at close of trade on August 19.

The grass fed cattle trade matrix below shows that there is good margin in buying young cattle, even as high as 450 c/kg lwt (circa 835c/kg cwt) while the heavy steer price can stay above 350c/kg lwt. 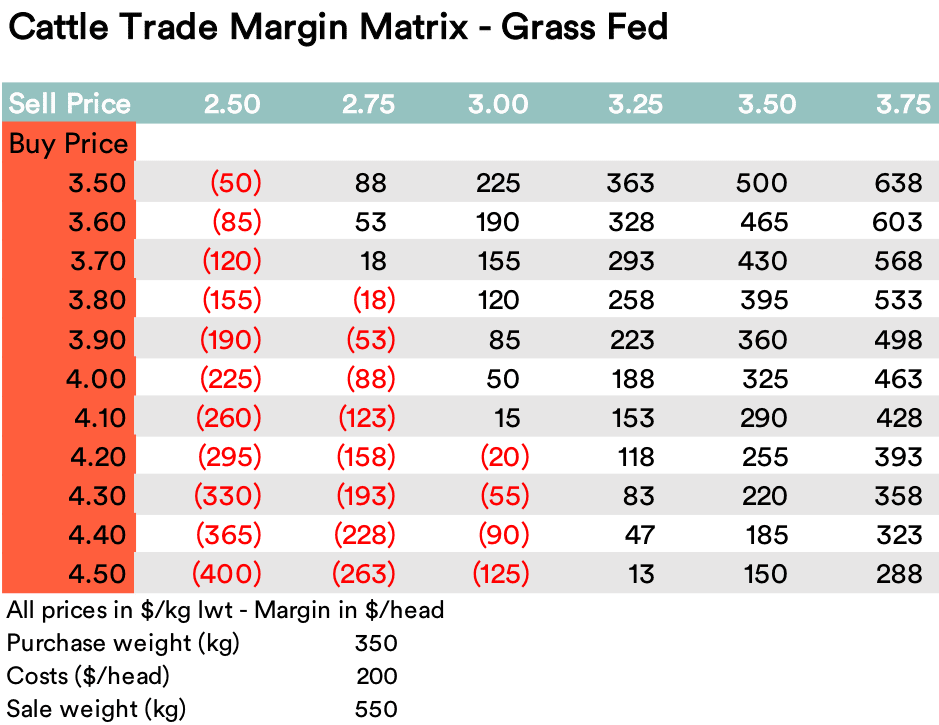 This article was originally published on the Thomas Elder Markets website.