DRY conditions across NSW continued to impact listings on AuctionsPlus this week, accounting for 68 percent of all cattle offered.

Heifer values trended down this week, while most young steer categories were firm to easier.

Overall numbers declined 25 percent to 8603 head. The majority of cattle sold will be remaining in NSW or finding new homes in Queensland. South Australian bidders were quite active this week, looking to secure mainly weaned stock from NSW.

This week saw a clearance of 52pc of stock offered, with post-sale negotiation still to occur.

This week saw an offering of 470 cow and calf units though activity lacked as many producers look towards a long winter. A line of 54 Angus/Santa Gertrudis cows 25-28 months with calves at foot sired by Angus bulls, from Willow Tree, NSW sold for $1200 and will make their way to Albury, NSW.

The top priced weaner heifers were a line of 46 Angus aged 9-11 months averaging 336kg, from Tocumwal in the Riverina. A line of 88 EU-accredited Angus steers, backed by Hazeldean and Reiland bloodlines fetched the top price for weaner steers this week. Located in Book Book, NSW, and making their way to Albury, NSW, these steers were 9-10 months old, averaging 305kg.

This week saw a small offering of Tasmanian cattle and all stock offered were PTIC females. The low offering in the state is a representation of the good season and an indication that producers have confidence to be able to hold on to their stock through winter. PTIC heifers topped at $1350 for a line of 10 Angus heifers, aged 22-23 months from Ross in the north of the state, selling to Bridgewater, TAS.

PTIC cows topped at $1380 for a line of Angus cows aged 3-4 years from Epping Forest, selling to Western Junction TAS. 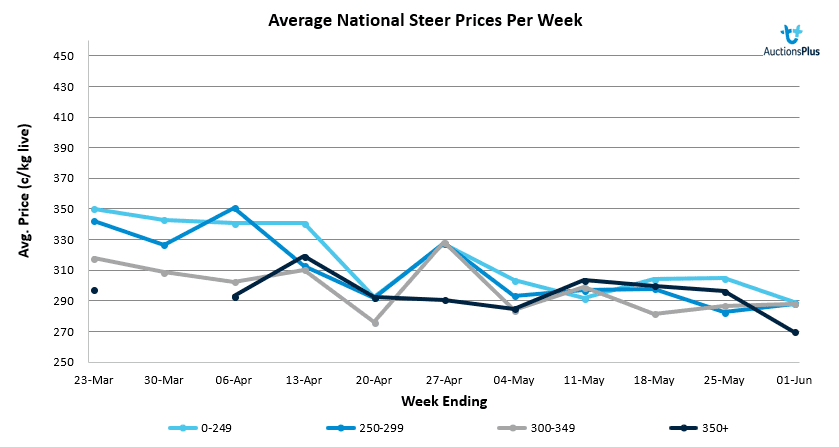 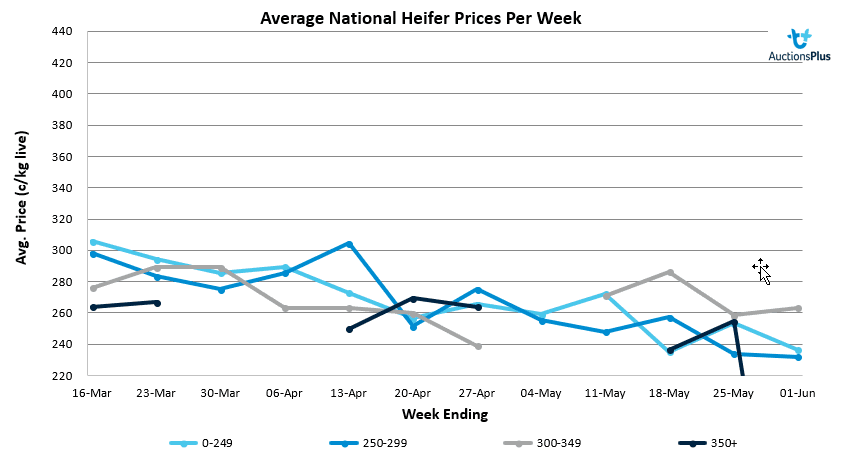