A “take no prisoners” bidding attitude described the intense competition that ensued at Ballarat on Friday, where agents offered a very high quality yarding of 5200 steers.

One Ballarat agent described the offering “as the best of anywhere in Australia for quality, breeding and condition”.

Due to the very good season in southern Victoria, the first few pens were grown steers of bullock weights.

One agent bought most of the heavy steers over 520kg.

Gary O’Connor is a face known to many across Australia. As a past principal of G&K O’Connor, Pakenham, Gary has bought thousand of cattle.
Gary said of the Ballarat steer sale, Friday, that it was the best he has ever seen.

From that point on, well into the sale, over half of the yarding was purchased by feedlots for grain finishing.

These went as far north as Southern Queensland, and New South Wales, with southern feedlots well in the mix also.

The total yarding of steers, which included numerous pens of young steers, 220kg and over, averaged $1586 per head. 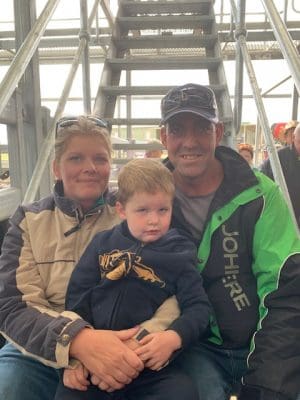 Calculators were out as the continuing climb in prices saw the crowd looking to see the equivalent liveweight prices.

Once the steers dropped to a weight below feedlot requirements, producers stepped up with many purchased to background for future grain feeding.

What stood out was that auctioneers were not sure what to ask to start a pen – even as they adjusted to the strong bidding, the asking price was accepted by the buyers first off.

Underpinning the prices of younger Angus steers, was an order for live export steers, 280kg to 320kg.

Prices for these exceeded very recent prices by as much as 70c/kg lwt.