In its initial foray into the biggest consumer market on earth, Costco, the second largest retailer in the world after Walmart, plans to open its first Chinese mega-store outlet in Shanghai on August 27. 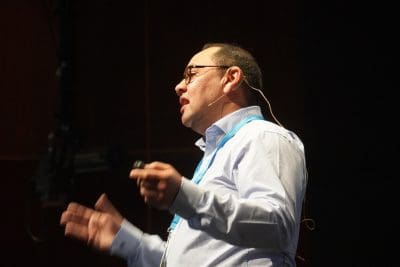 A second Shanghai store will follow within the next two years, Costco’s assistant general manager for merchandise, Marcel Moodley told the 2019 Angus Through the Ages conference in Albury yesterday.

China had been on the company’s radar for a long time, and had the potential to be a significant growth market for Costco, currently operating in 11 countries around the world, Mr Moodley said.

The US grainfed industry was also in the running for supply for Costco’s China requirements, but Beef Central understands the recent breakdown in the trading relationship between the two countries, combined with China’s ban on HGPs and ractopamine (used widely in the US feedlot industry) made grainfed beef supply into China more difficult.

Mort & Co operates Grassdale feedlot near Dalby on Queensland’s Darling Downs. Already the equal largest yard in Australia at 53,000 head, Grassdale is currently undergoing expansion out to 75,000-80,000 head. The company also feeds another 10,000 cattle at its Pinegrove feedlot near Millmerran.

Mort gets a service kill performed at John Dee near Warwick, which is licensed for China chilled export. 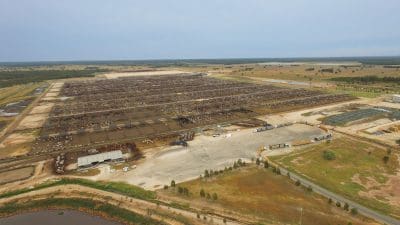 Duplicating a beef spec which Costco adheres to worldwide in its warehouse retail operations, the Chinese supply venture will take marbling score 2 and up Angus product from Mort & Co, fed about 150 days – roughly equivalent to the upper two-thirds of USDA Choice grade. Shipments will include a range of grilling and secondary cuts, plus trim.

Costco’s rapidly expanding Australian retail operations (separate story to come next week) are supplied through an exclusive contract with NH Foods, through the company’s Whyalla feedlot and Oakey Beef processing plant near Toowoomba. However NH Foods was ineligible to compete for the Costco Shanghai project because like a number of other leading Australian beef export plants, its Oakey plant does not currently hold a chilled beef license for supply to China. That issue was discussed in detail in this earlier article. Costco’s expanding business in Australia now includes 11 enormous outlets selling a vast range of products from fresh meat, fruit and vegetables, to grocery lines, electronic goods, coffins, tyres and petrol. The latest store to open a few weeks ago, near Ipswich south of Brisbane, turned over $300,000 worth of beef in its first week of trade. Another new store will open in Perth next March or April, to be followed by the Gold Coast.

More on Costco’s unique approach to retailing red meat in a separate article next week.