ARGUMENTS in favour of ethanol mandates currently being proposed in Queensland are flawed and unsubstantiated, a group of industry stakeholders opposed to the move argue. 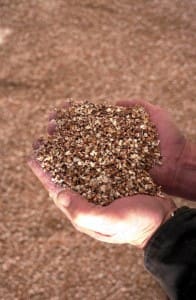 “Ethanol mandates provide negligible fuel security benefits because currently ethanol can only be commercially produced from biomass feedstocks (such as sugar cane and sorghum) both of which are affected by Australia’s variable climate.  As a result, such first generation ethanol technology can only replace up to 5pc of our transport fuel demand,” Mr Mackay said.

“The Productivity Commission has authoritively dismissed the environmental benefits of biofuels, concluding that the current three ethanol plants in Australia achieve negligible life-cycle benefits over petrol with the tax payer cost of such abatement being significant – between $394-$511 for every tonne of CO2-e reduced,” he said.

“The arguments surrounding regional development advantages of the ethanol mandates are also questionable.  The former Bureau of Resources and Energy Economics concluded that the jobs created by a Government assisted biofuel industry were difficult to justify (160-200 direct jobs at a cost of around $545-680,000 per job) with it being cheaper to pay each worker average weekly earnings to do nothing than to subsidise them to produce ethanol.”

Despite hundreds of millions of dollars worth of state and federal Government assistance and protection towards the ethanol sector, it was clear that such policies had not only been ineffective, but that the ethanol sector could not survive without such Government support, Mr Mackay said.

He said this was demonstrated by the fact that:

“The implementation of an ethanol mandate in Queensland will only perpetuate this trend.”“No industry should have a Government-imposed demand for its product, particularly when consumers don’t want the product, mandates increase food and fuel prices, the policy costs outweigh any purported benefit and the ethanol sector is uneconomic without such Government support.”

“The Alliance asks the Qld Government to explain to the general public why it has undertaken no public consultation regarding its decision to proceed with a mandate given the fundamental issues with this flawed policy.”

Beef Central has asked AgForce, which represents the interests of both graingrowers and beef cattle producers in Queensland, on it position on the ethanol mandate proposal. We are yet to receive a response.