Investigations by Beef Central suggest about 10 percent of all Australian feeder cattle are currently pre-vaccinated when they go on feed.

That figure is up from ‘virtually zero’ only 18 months or two years ago. Apply that to the southern half Australia where 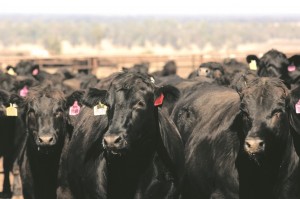 pre-vaccination is only applicable, and it suggests that up to 20 percent of the at-risk population of feeders is now being protected.

In individual feedyards, up to 70 percent of cattle on feed at certain times of year now have vaccine protection, Beef Central has been told.

What’s driven the recent interest from JBS and others?

Immediate past president of the Australian Lot Feeders Association, Don Mackay, notes the recent momentum in uptake of vaccination programs. He thinks that will inevitably continue, for several reasons.

“Feedlot managers cannot afford to compromise (either the performance, or the mortality) of what are extremely valuable animals these days,” he said.

Allied with that, the national beef herd approaching 20 year lows means that the system cannot afford to lose feeders through BRD-related issues. There’s too few of them available to lose too many to disease.

Mr Mackay warned, however, that appropriate vaccination was just one component that made a breeder’s cattle more valuable than they otherwise would be to a southern states lotfeeder.

“It’s the combination: how they’ve been handled and weaned, the pathway they have come through, exposure to stress, health and vaccine protocols all contribute,” he said.

“Pre vaccination is only one part of preparing feeder cattle – it is still vitally important that cattle are well-handled, yard weaned and protocols for good animal husbandry are followed,” Mr Garey said.

Elders Killara livestock manager Andrew Talbot said the impacts of pre-vaccination had been clearly evident in the Killara business.

“We’ve seen a big reduction in the percentage of pulls (cattle removed from a feed pen to a hospital pen for treatment) for BRD-related issues,” Mr Talbot said. “There’s also been tangible improvement in average daily gain as a result, and its allowing feeders to perform to their true genetic potential.”

Cattle entering feedlot programs in Queensland are not routinely vaccinated for BRD. The reasons are numerous, but include climate, breed type, lesser use of saleyards, better socialisation coming from larger herds and better weaning practises.  The risk profile on Queensland cattle does not require widespread pre-vaccination, yard managers say.

JBS now joins a list of other large buyers of southern states feeder cattle offering incentives for pre-vaccination. As the biggest player in the southern feeder cattle market (JBS’s southern yards – Prime City, Caroona and Riverina – have a combined one-time capacity of 110,000 head), JBS’s arrival may well provide an industry ‘tipping point’ for much more widespread adoption of pre-vaccination.

Under the program announced yesterday, JBS will pay a $15 premium for feeders receiving their first pre-vax dose prior to feedlot entry.  The product purchase cost is borne by the producer. Click yesterday’s story for details.

JBS itself already routinely administers a single dose of Bovillis MH+IBR to feeders entering its southern feedlots at induction, but it is widely known that far superior protection is provided through a two-dose vaccine program, with the first delivered on-farm, and the second at feedlot entry.

The 56,000 head Whyalla feedlot neat Texas was arguably the first large buyer to ‘re-activate’ pre-vax incentives for feeders when it launched its scheme in May last year, not long after the launch of Bovilis MH+IBR.

The company offers a $9/head incentive for cattle receiving their first shot, as well as providing the vaccine free-of-charge. A single shot of vaccine typically costs $7-$8. Up to 70 percent of cattle in the yard are now routinely vaccinated, Beef Central understands.

Teys Australia launched its pre-vax incentive a program early this year, with suppliers receiving $10/head for appropriately pre-vaccinated cattle, with a second shot administered by Teys at induction. That price includes free supply of the vaccine. An option is a 2c/kg liveweight incentive, on top of the $10/head, for steers vaccinated twice by the vendor prior to entry, under appropriate protocols.

The program applies at both the 20,000 head Teys Charlton and 17,000 head Teys Jindalee yards. Uptake has been spectacular, with more than 70pc of cattle going on feed now treated, on average.

Of interest, Teys Australia’s southern buyers have fridges in their vehicles, and distribute the temperature-sensitive Bovilis vaccine direct to cattle suppliers while doing their rounds.

Elders’ 20,000 head Killara feedlot near Quirindi has just launched its own pre-vaccination incentive program with suppliers.

Feeder suppliers are paid $10 per head for a single-shot treatment with Bovillis MH +IBR, or $20 for a two-shot program (21 or more days apart, 14-days or more before despatch).

For the past two years Killara has been simply supplying the vaccine to cattle suppliers, free of charge, but with no price premium attached for its use. Livestock manager Andrew Talbot says there has been very goods uptake, with an estimated 60-70pc of steers and heifers entering the yard now protected.

Being close to the Queensland border, Bindaree’s 20,000 head Myola feedlot near Moree takes a strategic approach to vaccination. All bought southern backgrounder cattle, especially those out of saleyards, are vaccinated twice, at arrival at the backgrounding paddock and again at induction.

Cattle from north of the border are not routinely vaccinated. Depending on origin, bought feeders may also carry a pre-vax requirement, with a second shot given at induction.

While Rangers Valley does not offer a specific price incentive for pre-vaccinated feeders, it may be happening by default. Managing director Don Mackay points out that under the company’s payment structures, “people consigning feeders are rewarded for how their cattle perform, both in the feedlot and on the hook.” 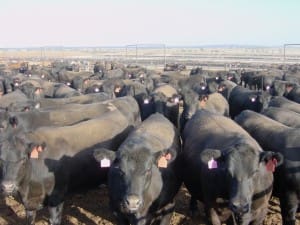 Additional benefits identified in reducing the level of BRD through vaccination include:

Growing pressure on the intensive cattle feeding industry from the animal welfare movement, and that better preparing cttle for lotfeeding was a big step towards meeting community animal welfare expectations.

The current surge in interest in pre-vaccination of feeder cattle is by no means the first in the Australian grainfed beef industry.

There was a consolidated effort to establish pre-vaccination in the mid to late 2000s, with two dedicated agency-driven programs established: Elders Feederguard program, and Landmark’s similar, but not identical Maxistart program.

JBS (then Swift) was actively engaged in the producer education process in southern regions during the 2009-10 period, but along with others, ultimately abandoned the program. The level of producer interest at one point was very strong, with 200 feeder cattle producers attending a Swift field day on the subject at Dubbo, and another large crowd at Caroona.

At that time, producers were told that 12pc of Swift’s feeder cattle intake was pre-vaccinated for BRD protection, with ‘encouraging growth in producer support.’

Swift at that time was offering a $22 premium for cattle administered with the Feederguard protocol of Bovillis MH, Pestigard and Ultravac 5-in-1, each administered twice.

Questioned about the size of the premium offered at the time, given the $14 vaccine costs and labour involved, Swift said the company would “review the premium structures from time to time.” The company also told the audience that at some future time, should an ‘oversupply’ of feeder cattle emerge, a ‘preferred supplier’ situation might eventuate, favouring those producers cattle that were more likely to perform well, on the basis of their pre-vaccination protection.

Why did the push for pre-vaccination five or six years ago fall over?

There were a number of factors. The MaxiStart and Feederguard were complicated, and somewhat onerous, including regular audits and a complex paper trail. The latest company- managed programs are much easier and simpler to comply with.

Pressure also came to bear on feedlots over margin squeezes at the time, reduced profitability in grainfed cattle (partly due to the Global Economic Crisis), and diversion of feeders into grass paddocks, instead of feedlot pens.