A three month fall in northern export cattle prices appears to have levelled out at 265c/kg.

Solid demand from Vietnam is giving northern producers with grass the option to hold cattle to feed to heavier weights, while signs of improving orders from Indonesia are adding to demand for available cattle supply. 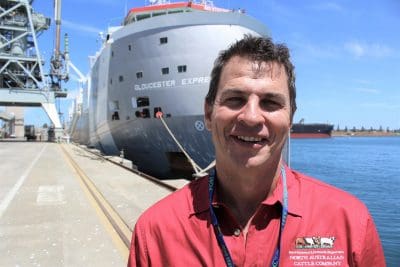 With dry season mustering pushing more northern cattle forward, Mr Underwood said supply and demand had found a state of equilibrium and northern prices were stabilising as a result.

“The dollar has been reasonably stable at US75-76c, but at those prices the Indonesians are receiving cattle at a CIF price lower than they have for some years, and yes, it has stimulated some demand,” he said.

When and how much the market rises from here is likely to depend on the supply of suitable cattle across the north in the next three to four months.

Mr Underwood said the last two months had been the first time in a long time where there had been an excess of feeder cattle in northern Australia relative to demand, as large numbers of light feeders began hitting the market while Indonesian feedlots were still backed up with cattle in the lead up to Ramadan/Lebaran.

Export feeder steer prices effectively dropped by 55c/kg between March and this month, falling from 320c/kg to the current level of 265c/kg.

Mr Underwood said cattle supply looked to be okay through until August but availability could be challenged from September onwards.

“I think it is generally accepted that the market has stopped going down,” he said.

“Indonesia looks on track to import around 400,000 head this year.

“But the point is it is price sensitive, when the price starts going up again it will slow demand down again.

“There are still reports that Indian buffalo meat is displacing 50 percent of the live cattle trade, it is in wet markets, it is in retail, it is food service.

“So I think the price for cattle across northern Australia could increase but not significant levels.”

Market dynamics appeared to be returning to normal after the unusual price trends that occurred in 2017, he observed.

Last year was the first time in many years that after rising to the usual scarcity-induced premium during the wet season, prices did not retreat as supply improved during the dry season. The prices remained above $3.30c/kg all year due to the tightness of supply relative to export orders.

“There’s definitely been that correction now that I think the trade needed to be commercially viable, and now that has happened we will probably come back to a traditional approach of a 20-30c difference between the low point and high point in a year which you usually see.”

Kevin Mulvahil from South East Asian Livestock Services (SEALS) said NT producers had grass and many were choosing to hold cattle to add weight to them, because they could pick up more money for a heavy steer into Vietnam than for a feeder steer in Indonesia.

“They are holding back cattle and they’ll start selling them maybe September or October at 30-40kg heavier and pick up more money,” he said.

“Because of the option of Vietnam now and better pricing, Indonesia will have to trade at that 265c range going forward otherwise producers will just keep the cattle the extra 2-3 months or more and make more money out of Vietnam.”

Several ships that regularly operated from northern Australia to South East Asia before before trade volumes began contracting in 2016 are now either tied up on longer runs from Australia to China or to the Middle East, servicing other trades in the Atlantic or tied up for maintenance in dry dock.

It takes one ship 42 days to sail from Australia to China and back again, the same period of time it would take to complete four return runs from Darwin to Jakarta.

That in turn has reduced some of the pressure exporters had been under to continue buy cattle to keep ships demands of their ships returning from shorter SE Asian runs.

“If you look at most of the exporters we’re all a lot of greyer and heavier because all we have done is just watched these boats come around and send them off and 10 days later coming back straight at us and we’re still scrambling to fill them.

“Whereas now we have now almost of the luxury where we can send a boat up to China and have 20 or more days to start planning where she’ll be next, the whole show has become a lot more organised from an exporters’ point of view and the heat or the pressure has come out of it from a shipping point of view.”