Feeder steer prices in Darwin are being quoted at 335c/kg to 340c/kg, continuing an unusually consistent and stable run of prices that has eluded the usual ebb that comes with the dry season turnoff, as highlighted in Beef Central’s live export steer price graph below: 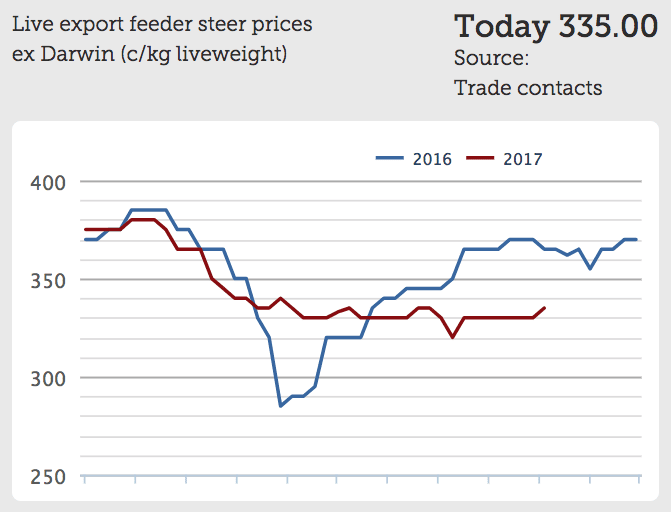 This is despite the negative impact on demand for Australian cattle imports by the presence of cheaper Indian buffalo meat in wet markets across Indonesia this year.

Of 30 live export vessels that were regular visitors to Australian shores when exports to Indonesia exceeded 700,000 head in 2014, some 15 are currently redeployed to other runs elsewhere in the world, most commonly transporting cattle from South America or Southern Africa to Europe.

Asked at the AgForce live export conference this week what was keeping Australia’s northern cattle price high in the face of tough demand, exporters said the answer lay in the tight supply situation. 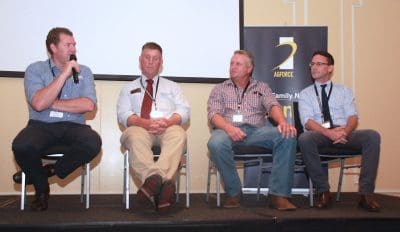 Live exporter Tony Gooden from Frontier International told the forum that reduced herd numbers following a decade of drought, and producers having the opportunity to retain stock due to better cash flow and improved seasonal conditions, meant supply was still tight relative to demand.

Vessel utilisation was also an issue, with exporters committed to long-term shipping charters having to buy at current price levels to keep ships operating.

“Three years ago you couldn’t get a ship for love nor money, now there are too many of them, people have made long-term commitment so they must keep them moving,” he told the audience.

Despite the current challenges facing the live export trade, Mr Gooden said the high cost of labour in Australia pointed to more cattle being exported in future, instead of being processed domestically.

“The labour cost here in this country is among the highest in the world, we have seen what has happened with the car industry in Australia.

“On a day to day basis Australia is becoming less and less competitive at processing an animal.

He said it was his personal view that Australia will follow the trend of the US where more southern cattle will be lot fed to supply beef to the more discerning markets like Japan, South Korea, Europe and the US.

“The processing and labour cost (of a higher value grainfed animal) is less than a grassfed animal, and I think you will see more and more grassfed animals taken out of northern Australia on a ship, no different to coal or iron ore or natural gas, to a close by Asian country where they will value-add with much cheaper labour.

“Animal welfare is part of that and that is manageable and that is the way I see the industry progressing in the next 10-15 years, which is why we see a strong future for the live export industry in northern Australia.”

Elaborating on his comments about animal welfare after the forum, Mr Gooden said companies like Frontier had invested heavily in CCTV and data rooms dedicated to visually observing how cattle are handled right through the slaughter process, and using purpose built ships, on which the mortality rates were now lower than on road transport vessels and outperformed regulatory compliance requirements.

Mr Gooden also expressed to the forum his view that Australia needs to maintain a much larger herd than the current 27 million herd to remain relevant in international trade long term.

“The challenge for Australian producers will be to produce the sort of the cattle not that they want to produce but what the market wants, and in the right quantities, and to be able to serve the markets on a year round basis,” he said.

Investment by northern producers in fencing and water infrastructure, which was starting to happen following the recent years of higher cattle prices, would help to increase utilisation of grass from the current level of around 55 percent.

Questioned by AgForce cattle president Bim Struss on “where are we going to put 40 million head?”, Mr Gooden said that only about 55 percent of grass across northern Australia was currently utilised, and more investment in fencing and water infrastructure was needed.

Following the higher cattle prices of recent years it was clear this was starting to happen, he said.

“It is a fact that the Australian cattle herd is transferring to the north,” he said.

“I suspect we need to develop a lot of country that is being underutilised at the moment.

“Where we can, we need to have a bigger herd if we are going to stay relevant.

“We have the benefit of having a highly restricted, highly health and high integrity herd.

“But we can’t sell it at the moment and make any money as exporters based on the minimal amount of numbers we have got.”

He said the lack of supply currently available and the high price of Australian cattle meant market share was being lost to other competing exporters, such as Brazil which had a herd 10 times the size of Australia’s and was rapidly growing.

“We are losing a share of a lot of those key markets because we’re forcing the populations of those countries to find alternative proteins, whether beef from other suppliers or other proteins (indian buffalo meat).

“It is affected by a lot of things none of us can control but we need critical mass to stay relevant.”

Some producers responded by raising the issue that broad scale tree clearing restrictions in Queensland was a key barrier to further development opportunities.

‘Pay premiums and you will get the cattle’: producer 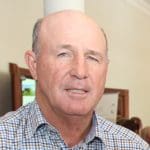 Richmond cattle producer Alister McClymont told the forum that the live export market had to be able to pay premiums for the right type of cattle over domestic markets if it wanted to secure the numbers it wanted.

“If you can get the message to the importers to pay a premium for better quality cattle I think you are going to be able to acquire more cattle, but at the moment you are missing out,” he said.

“As a producer I want to see live export, we need that, we saw in 2011 the market dropped by 30pc, we saw it again this year with bullocks, bullocks didn’t go to Vietnam so we dropped 50c/kg roughly to go to works. So we desperately need live export.”

“But if we can get that premium, if importers get that message that they are going to get the fat cattle if they pay, then they will get the cattle.”

Austrex director Jake Morse said some import customers were willing to pay more to buy a composite type animal, but at the moment they were in the minority.

He said many still wanted higher grade Brahmans because they could handle climatic conditions in South East Asia better than composites and performed better in their feedlots.

“A lot of that is attributed to that high Brahman content being able to tolerate those climatic conditions,” he said. “The carcase content in their view is better, the market over there wants a lean carcase, they don’t want fat which obviously a composite is starting to influence. So there are a number of factors that contribute to the sort of cattle they want.”