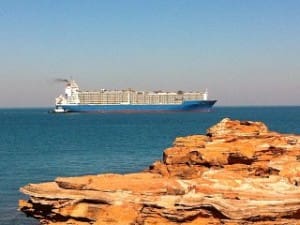 The Federal Government is set to increase export certification fees for livestock exporters by up to 100 percent from July 1.

The proposed hike has sparked strong concerns from exporters about the impact of increased costs on already thin margins and triggered questions about the efficiency of the bureaucratic services industry is being required to fund.

The last increase in export certification fees occurred in 2009. The Department says another review was due in February 2011 but was deferred due to “emerging trade issues in the livestock export industry” at that time.

Since then the Department’s certification services for livestock exporters have been expanded to include the rollout of the Exporter Supply Chain Assurance Scheme in all foreign markets from late 2011.

The Department says there are currently no direct arrangements in place to recover the additional costs it now incurs in providing ESCAS certification services.

In the next financial year the Department expects to incur costs for certification services to livestock exporters of up to $11 million, which it says will exceed forecast revenues of $6.7m and leave a gap of $4.3m.

The Department has been conducting a review of existing certification fees in recent months in the lead up to the release of its proposed new fee schedule, and has included the Australian Livestock Exporters Council in that process.

The new fees, which typically involve increases from 40pc to 70pc, are set to take effect from July 1. Stakeholders now have until May 16 (next Friday) to provide feedback on the proposed fee adjustments – more detail on which can be viewed on the Department’s website here.

When contacted about the proposed fee hikes this week, the Australian Livestock Exporters Council expressed concern about the impact of the higher costs on an industry that operates on thin margins in a highly competitive international environment, where Australian exporters compete against countries that do not have the same regulatory costs placed upon them.

ALEC chief executive officer Alison Penfold said the industry also questioned the efficiency of the departmental structures and services it was being required to fund and whether the department’s business model reflected the competitive, commercial nature of industry.

“There are some substantial issues around the processes within the department – are they as efficient as they could be? We don’t think so,” she told Beef Central yesterday.

“The issue is that the department’s cost structure is bureaucratic, when they’re regulating issues that operate in a highly competitive commercial environment.”

She said the issue went to the heart of agriculture minister Barnaby Joyce’s stated mission to improve industry competitiveness.

“This is a serious structural issue that the department has to contend with, not just for live export, but for all the industries they regulate,” Ms Penfold said.

“This bureaucratic business model is adding inefficient costs onto industry and making us uncompetitive internationally.”

Ms Penfold said ALEC was in the process of preparing a submission to the review process which would clearly outline its concerns about the basis upon which the proposed fee increase has been developed.

“The key issues for us will be efficiency, transparency, sustainability and contestibility, we will be addressing our serious concerns around those four themes about what is proposed.”

A Capability Review of the Department in Agriculture released in March, 2013 pointed to inefficiencies in service-delivery performance by the department, including an over-reliance on manual, paper-based interactions with clients.