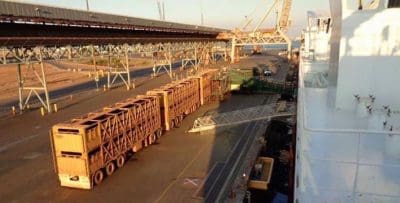 A large shipment of heifers, believed to be the biggest single delivery of breeding cattle exported from Australia to Indonesia, will depart Darwin for Surabaya this week.

The 3741 breeding cattle are being exported by Frontier International aboard the Greyman Express, which was launched in China earlier this year.

Most will be delivered to PT Santosa Agrindo (the trading name of JAPFA’s cattle division Santori), with 491 going to Coffey International for a breeding program being managed under the Australia-Indonesia Red Meat Industry Partnership.

The 3250 heifers being imported by Santori follows an earlier shipment of 2497 heifers by the large Indonesian importing and lot feeding company in April this year.

Santori has breeding and feedlot operations in Lampung, Sumatera and East Java, with a collective carrying capacity across the three locations of 70,000 head.

All 5400 heifers will be artificially inseminated at Santori’s farm at Tongas, Probolinggo in East java. After six months the pregnant females will be placed with small-holder farmer partnership groups.

After weaning the breeders will be returned to the feedlot for a new AI program, and the calves will be bought back from the small holders as feeders for Santori’s feedlots at about 300kg. 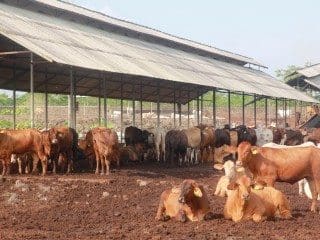 “Santori is the first company in Indonesia responding to the government policy which obligate feedlot to import 20pc breeder for industry and 10pc breeder for partnership when they import feeder cattle,” Mr Safuan said in a statement supplied to Beef Central.

“Santori is ready to implement that policy since they have more than a decade of experience in breeding business.”

The partnership with smallholder farmers in East Java is a key element of Santori’s breeding cattle import program.

“Seeing those opportunity, Santori invest and use the government policy to extend its breeding business activity.

“This import value at least 50 Bio rupiah with the average weight of 300 kg,” Safuan said.

“Those prices exclude import duty as much as 2.5 Bio rupiah or about 5% of total import value.”

The high import duty imposed on heifer imports remained a constraint to importing heifers to Indonesia, he said.

While the Indonesian Government had been able to reduce quarantine costs, efforts to free import duties on heifer were ongoing.

High costs of feed were a further barrier, he said.

“Besides high percentage of import duty, high cost of breeding business activity is also caused by feed cost. Indonesia model on breeding of caged paddock require a vast area for grass to provide its feed on huge amount, stable, and in the long term.

“Therefore breeding business activity requires stimulus and incentive from government such as loans interest scheme and insurance, fiscal policy, policy to provide exclusive area for farming and grass for cattle feed, and government regulations that support its business activity.

“Those incentives are important if government want to increase number of breeding business activities in Indonesia.

“In the other hand, if we assume loss and failure of breeding around 25pc with current imported breeder as much as 6,328 head.

“Then around 2018 there will be 4,746 calves ready to support beef consumption.”

This data was based on Santori’s experience in developing breeding business in Lampung since 2007.

In the past few years, the focus of Santori’s Breeding Business Unit has been targeting the Wagyu beef market in Indonesia.

Santori’s parent company PT Japfa Comfeed Indonesia Tbk (JAPFA) is one of the biggest agricultural companies in Indonesia with integrated business in poultry, beef, and aquaculture. Operations include feed factories, livestock breeding, farming and meat processing. It also has a high-end vaccine laboratory and factories. 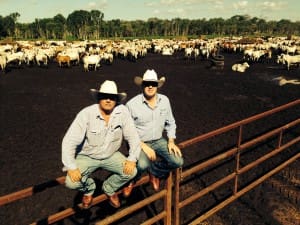 The breeders originate from well-known producers from North West Queensland and the Northern Territory.

The shipment also includes 50 Droughtmaster and Brahman bulls sourced from studs in the Cloncurry/Winton area.

“We believe these projects are a very positive development in terms of the Indonesian Government’s desire to rebuild breeding capacity and the Australian government’s commitment to assist.”

Mr Gooden said the shipment completed a very busy third-trimester schedule for Frontier, during which time it shipped close to 40,000 head, including 5000 productive heifers.