Angus steers sourced by Elders’ North Australia Cattle Company for the historic first shipment of cattle to China under the feeder/slaughter cattle protocol signed in July 2015, which will ship in early February. Click on pics to view in larger size. After 18 months of promising signals but little actual trade, with just three small air-consignments of cattle delivered to date under a new trade protocol signed back in July 2015, a first sea-based shipment of steers will depart Australia for China early next month.

Elders’ North Australia Cattle Company will ship 1200 steers, aged between 18 and 24 months and weighing an average of 500kg, from Victoria to a customer in China in the first week of February.

The cattle were sourced from Victoria and South Australia and are predominantly Angus, with Herefords and some bos Indicus crosses also included (see pics at right).

Elders delivered the first air-freight consignment of cattle to China under the new protocol in October 2015, and is now set to deliver the first sea-based shipment.

This consignment will not be going to the same customer who received the initial air-shipments, but to another customer Elders has been working with for more than a year, and who gained ESCAS approval about six months ago.

NACC manager Patrick Underwood said the quality of cattle sourced for the historic first shipment is “very, very good”, reflecting the high quality of cattle available throughout Southern Australia at the moment.

He said the NACC team has been working very closely with its import customer and with Chinese Government veterinarians both here in Australia and in China for several months to prepare the shipment and to ensure all protocol and quarantine requirements are met.

While there has been a lot of focus on the rigorous nature of the new protocol, Mr Underwood said the protocol itself was not difficult to meet.

“There are Chinese authorities here in Australia who are charged with overseeing the shipments into China and we have been working with them right back to procurement on farm. 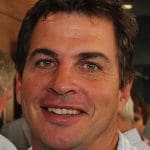 “We have been doing a lot of work with the importer around their processing facility with our staff up there for several weeks and we will provide additional support when the cattle arrive.

“Under ESCAS we are responsible through to the point of slaughter but we are also very cognisant of making sure everything is right, right through to selling of the meat.

“We are working very hard on that because we want this trade to be a success and we want the Chinese Government, industry and customers to appreciate these excellent Australian cattle.”

In Mr Underwood’s view, the issue that has delayed greater commercial activity since the new trade was opened in July 2015 has been market circumstances, not protocol restrictions.

In the 18 months since the new trade was opened, Chinese beef prices have gradually softened as high volumes of boxed beef from Brazil and, to a lesser extent, Australia have gone into the market (as borne out in Dr Ross Ainsworth’s monthly price charts on Beef Central and plotted by the orange line below), while Australian cattle prices have remained very high. “I guess that is the background as to why the trade has been difficult to start,” Mr Underwood said.

The same dynamics will largely decide whether this first shipment is quickly followed by others, or if the trade grows at a more slow and steady pace.

Cattle for the new trade will initially have to be sourced from Southern Australia, because it is a bluetongue-free zone.

However, activity could ramp up quickly if one of those two dynamics changes, or if currency movements shift exchange rates in the trade’s favour.

Busy start to year for NACC

In the meantime it has been a busy start to the year for NACC, with Mr Underwood’s team already having shipped two consignments of feeder cattle from Townsville to Indonesia in four days last week.

Asked about Elders’ plans to sell NACC, Mr Underwood said he was limited in what he could discuss publicly, but indicated negotiations were progressing well and said further news may be not far away.