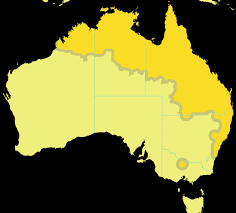 A NAMP map from October 2017 showing the 100km temporary bluetonge virus imposed by Agriculture Victoria last year. It was lifted two months later in December, but now China has stated it won’t take cattle from the region until it conducts its own audit.

CONCERN by industry groups over the handling of a temporary bluetongue virus zone in northern Victoria and southern NSW last year, which has caused significant and ongoing impacts to Australia’s breeder cattle export trade to China, have triggered a national review of the National Arbovirus Monitoring Program.

Pressure from industry groups led by the Australian Livestock Exporters’ Council and supported by Cattle Council of Australia and Australian Dairy Farmers has prompted the Federal Government to agree to a sweeping review this week.

Exporters also believe the original decision was based on flawed documentation regarding the origin of the heifers, which meant the high-impact decision to impose a BTV zone was premature and ultimately unnecessary.

Exporters argue that despite providing evidence regarding the documentation inaccuracies within 48 hours of the temporary BTV zone being established, Agriculture Victoria failed to consult with industry.

The 100km wide zone covered a key supply area relied upon by exporters to source dairy, and to a lesser extent beef, heifers, for export orders.

Most assumed at the time that was the end of the matter. However, China, which is by far the largest importer of Australian dairy and beef breeder cattle, is still refusing to accept cattle from the area in question.

Beef Central understands that Chinese authorities will not accept cattle from the region until they are able to conduct their own audit of the temporary import restrictions applied last year.

In response to ALEC’s call for an audit of NAMP, the Federal Minister for Agriculture David Littleproud and the Department of Agriculture and Water Resources has now confirmed an independent review would be undertaken.

NAMP is the National Arbovirus Monitoring Program (NAMP), funded by compulsory livestock producer levies and State and Federal Government funds. It uses a large range of testing sites across Australia to monitor the distribution of arboviruses (insect-borne viruses) of livestock such as bluetongue, Akabane and bovine ephemeral fever (BEF), and to provide an early-warning system of potential virus issues.

The strain of bluetongue that can show up in northern Australia are not the same strains that cause clinical disease in cattle elsewhere in the world.

ALEC says the NAMP review is necessary for the effective enforcement of the National Livestock Identification System (NLIS) compliance including, where warranted, prosecution of any parties found to be non-compliant.

“That the trade is yet to resume highlights the extensive and ongoing fallout of the temporary zone’s implementation and the extent to which it has unnecessarily undermined confidence in NAMP,” ALEC CEO Simon Westaway said.

“That is why an independent review of NAMP and relevant areas of Animal Health Australia is now needed as part of a collaborative industry and government effort to new confidence in NAMP.” 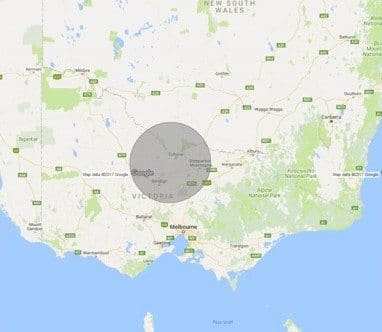 ALEC said Agriculture Victoria’s decision to act autonomously last year represented a break down of what was supposed to be a collaborative approach to NAMP management.

“This approach conflicts with NAMP’s agreed plans and collaborative ethos in support of an effective national approach,” Mr Westaway said.

“Exporters and other livestock industry stakeholders are concerned about how the temporary zone’s introduction was communicated given such action was at odds with the national approach embedded in NAMP’s business and operational plans.

“This lack of communication was critical given the significant trade disruption caused and the livestock export industry’s status as a key funding partner of NAMP.”

Exporters say questions about what powers a State Government body has to unilaterally apply a temporary BTV zone need to be addressed, as do questions about the Victorian Government’s withdrawal of property clearances retrospectively in October, causing immediate and acute disruption to export supply chains. 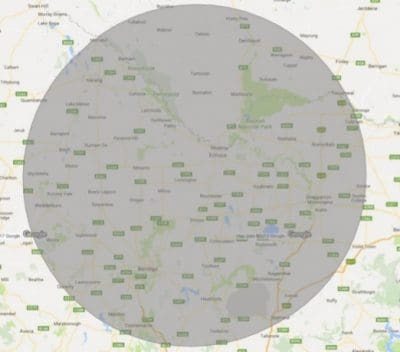 ALEC said a number of serious concerns from a technical perspective also needed to be addressed, including how a NAMP map change was supported on the basis of export testing because when industry was eventually informed of the situation, it was found that there were likely inaccuracies in the relevant vendor declaration.

“There was no supporting sentinel or vector trap evidence from NAMP sites in Victoria or NSW and the sero-positive export tests were not PCR positive, meaning the purported detection was in stark contrast to the huge body of existing BTV data and surveillance,” Mr Westaway said.

“ALEC believes that until the matter is satisfactorily resolved, any serological surveillance used for the purposes of zoning should be based on sentinel herds only – the methodology recommended by the OIE.

“ALEC remains committed to NAMP because after many decades of operation and tens of millions of dollars of investment, NAMP continues to be crucial to Australia’s livestock export trade.”

ALEC said that it was aware an operational-focused review of NAMP had been proposed by Animal Health Australia, but believed that AHA as the administrator of NAMP did not have necessary independence to effectively conduct the review (see AHA’s response below).

ALEC’s view was the Australian Chief Veterinary Officer (ACVO) or a “suitably qualified independent party” should conduct a review of the implementation of the temporary BTV zone and its subsequent, ongoing impacts.

She said all stakeholders including AHA supported the need for a fully independent and external review of NAMP, and that had been AHA’s position from the time it first went to industry groups stating that it was time for a review of the NAMP arrangements to be conducted.

“What we’re trying to do is finalise the scope of that review, the parties and all the funding partners have to agree to a scope.

“They have to pay for it, so they have to agree to the terms of reference and I think we are just about there.

“We all agree that an independent and external review is needed, there has been no question about that.” 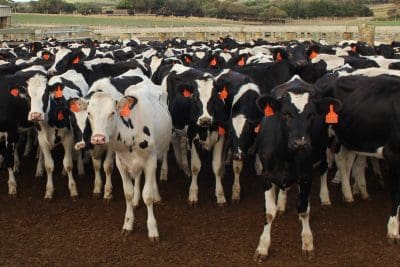 The impasse has caused significant commercial disruptions and losses for exporters and producers involved in the dairy heifer trade which was worth $101 million in 2017.

Landmark International general manager Andy Ingle told Beef Central the financial impact caused by the impasse continues to worsen as more and more export orders are missed by producers from within the zone.

Mr Ingle said Landmark International had continued to source enough suitable stock to date, however the impact of the supply will likely be felt in the second half of 2018 particularly around dairy heifers if there is an increase in demand from international markets at the back end of 2018.

“The flow on effects to producers in the Echuca 100km zone will continue to have lasting financial implications to suppliers of both dairy and beef breeding cattle.”

“Our local agency business and a number of their vendors have suffered direct financial losses with contracted cattle unable to be delivered to multiple shipments and having to be sold domestically at well below contracted prices,” he said.

Mr Ingle said producers in many cases are now locked out of what is a 20-40pc premium price for their younger breeding stock and also a valuable source of guaranteed cash flow.

“There are other third-party export providers located within the 100km zone such as quarantine operators, feed suppliers, trucking companies, and other local businesses who all benefit from the trade who have suffered financial impact from the original decision and its lasting effects now of the continued exclusion to the China market,” he said.

Mr Ingle said China was a highly sensitive market to BTV and the actions taken following the initial establishment of the zone, and its monitoring and removal, had raised questions and concern about initial and subsequent decision-making processes. He noted concerns about the original investigation by Agriculture Victoria including a lack of engagement with industry parties and direct concerns about the subsequent lack of action when contradicting evidence was presented to relevant departments immediately following the implementation of the zone.

“We welcome any review that will help – to examine the role, responsibilities and powers of all parties involved, the NAMP business and operations plans and AHA governance,” he said.

Beef Central sought a comment from Agriculture Victoria to the NAMP review. The response below came after this article was first published. Editor.