The industry is now likely to push ahead with the development of a new standalone company limited by guarantee before June 30 that will be owned by several peak industry bodies – the cattle, sheepmeat and goat industry councils and the Australian Livestock Exporters’ Council – and regulated by Government.

Operating at a similar “arms length distance” to industry as Aus-Meat or the National Feedlot Assurance System, the new LGAP body will oversee the auditing and monitoring of overseas facilities that receive Australian livestock, at arms length to exporters and the regulator – the Department of Agriculture and Water Resources.

The processes of the Exporter Supply Chain Assurance System (ESCAS) developed to protect animal welfare in foreign supply chains are incorporated into LGAP, but industry says LGAP goes much further – ESCAS has 25 standards for animal welfare, LGAP has 45.

ESCAS holds exporters responsible for the treatment of animals sent overseas to the point of slaughter. While that responsibility remains, LGAP will also hold individual feedlot and abattoir operators responsible for maintaining standards in their facilities.

ESCAS relies on audits of facilities every six, 12 or 18 months depending on their risk profile and historical performance. LGAP will require facility owners to monitor and report on compliance daily.

Under ESCAS, exporters appoint their own auditor. Under LGAP, the new LGAP company will appoint auditors.

LGAP as it now stands was borne out of a joint Industry and Government research project launched in 2015 to act on a key recommendation from a review of ESCAS conducted by former public servant Bill Farmer. Mr Farmer at the time recommended that industry explore the adoption of its own Quality Assurance system for welfare over and above ESCAS.

However the origins of LGAP extend back further to 2009 when Australian livestock exporters first began exploring the development of a quality assurance system to underpin production and animal welfare standards in the livestock export industry, similar in concept to the National Feedlot Assurance System in the Australian cattle feedlot industry.

However, those discussions were quickly surpassed in 2011 when broadcast images of Australian cattle being mistreated in Indonesian abattoirs led to a sudden ban on the trade and the introduction of the Exporter Supply Chain Assurance System in a matter of weeks to enable the trade to get back up and running.

ESCAS required every animal to be fully traceable and to be held within approved supply chains at all times, and also imposed legal liability on exporters for the treatment of stock sent overseas right through to the point of slaughter.

ESCAS was an important development for the trade because, while it imposed significant additional costs, duplicated regulatory burdens and heavy-handed compliance requirements on exporters, it also meant the risk of a future market-wide ban was greatly reduced, because it allowed for the regulator to shut down individual facilities or supply chains instead of whole markets in the event of a non-compliance.

In effect ESCAS was a rapid response that allowed the industry to get back and running quickly, but a very blunt instrument.

Ever since its introduction there has been calls to introduce an ESCAS “Mark II”, something that improves on welfare protections but in a more streamlined, cost-effective way.

Critics have described LGAP as an attempt by the livestock export industry to “self-regulate” to “mark its own homework”. 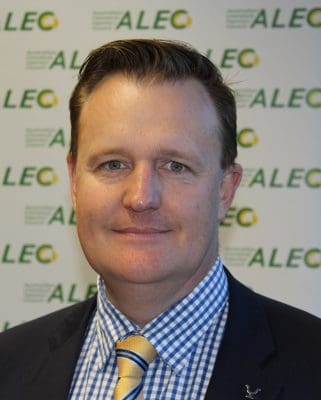 “LGAP is an evolution and a growth of ESCAS, not a watering down or exporters marking their own homework,” he said.

“LGAP means problems can be identified faster and dealt with more quickly.

“But noting how quickly ESCAS was put together that there needed to be a well thought out, well considered system put in place that would improve on ESCAS and strengthen it as well as put focus on the right areas and the right accountabilities.”

Mr Setter said a key way LGAP improved on ESCAS was by keeping every participant in the supply chain accountable.

“Participants in the supply chain under LGAP can be penalised, sanctioned, suspended or removed very quickly,” he told Beef Central.

“Under ESCAS it is not fast enough.

“With LGAP it is wider with more significantly more standards, LGAP is a lot more accountable, it has a lot more traceability, and it will speed up and strengthen reporting, auditing, dispute challenges and ultimately any non-compliance.”

The Federal Government last year pledged $8 million to help with the costs of establishing LGAP.

In time it is understood the plan is for LGAP to transition to a member funded model, with costs of auditing and compliance monitoring shared by membership fees paid by exporters, importers and individual facility operators.

A key challenge for Australia’s livestock export industry now is to win the support of importers for LGAP, who will face increased potential penalties and costs under the new program, coming at a time of extremely difficult trading conditions for those in Indonesia in particular.

“LGAP is an improvement but we have to work with the variety of customers and countries that take Australian livestock to ensure their feedback and input is captured, so they have appropriate commitment and ownership in it, and then it is rolled out effectively,” Mr Setter said

“LGAP will further strengthen welfare safeguards and accountability, while promoting continual improvement across our supply chains and advancing the trade’s long-term sustainability.”

LGAP will act to further safeguard the welfare of Australian livestock in import markets in accordance with Export Supply Chain Assurance System requirements.

The program has been modelled on a robust list of quality assurance and compliance models and is designed and constructed in accordance with ISO standards.

Once established, LGAP will cover all Australian licensed exporters exporting feeder and slaughter livestock from Australia and will deliver a range of benefits including:

“The industry has committed to delivering improved animal welfare outcomes in livestock export supply chains.  LGAP’s development provides another example of industry-led action that is delivering on that commitment and the significant cultural change occurring in our industry.”