AUSTRALIA recorded its highest monthly cattle export volumes for 12 months in June, with shipments increasing to 97,542 cattle for the month despite the sustained high price of Australian cattle.

The increased trade activity came during the peak dry-season northern cattle turnoff period and coincided with the arrival in northern ports of two of the biggest vessels in the trade, the 18,000 head Ocean Drover and the 13,000 head Polaris 3. 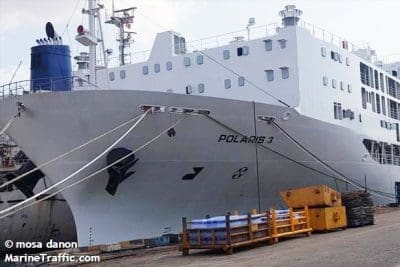 Both ships became available after completing journeys from Uruguay and Chile respectively to China and were secured by Australian exporters for runs to Indonesia and Vietnam for delivery in June.

Making up the increased volumes in June were shipments to Indonesia of 50,543 head, the biggest monthly total to the country since June 2020 when 67,062 head were shipped, and right in line with the rolling five-year June average to Indonesia of 50,378.

Exports to Vietnam totalled 25,906 head in June, the biggest volume for eight months and slightly higher than the five year June average to Vietnam of 23,452 head.

Shipments of 15,326 of breeding cattle from Portland to China – the biggest June volume to that market from Australia in six years – added to the overall monthly export volume.

The June total was rounded out with two shipments of 2184 and 1300 slaughter cattle from Darwin to Brunei and Sarawak respectively and 1857 feeder cattle from Broome to the Philippines.

While it may be tempting to interpret the June numbers as a return to more normal monthly volumes and business as usual, the deteriorating COVID situation in the major markets of Indonesia and Vietnam is casting a shadow over the outlook for the trade in coming months.

Both countries have introduced strict movement restrictions following a dramatic rise in cases which is being blamed on the highly transmissible Delta variant.

Indonesia is facing a massive health crisis with 47,899 new cases recorded yesterday, seven times higher than a month ago, pushing hospitals to breaking-point and triggering a lockdown which has left the normally jam packed streets of Jakarta all but empty, which will also have major economic implications for its population.

While no where near as dire, Vietnam, which has successfully contained the disease for much of the pandemic, is now facing its worst outbreak driven by the delta variant, which has led to movement restrictions being imposed in major cities, including the economic hub of Ho Chi Minh and the capital Hanoi.

Export industry sources this week suggested the movement retrictions in both countries is set to have a material impact on trade in August and September. (For more details on the  unfolding COVID crisis in Asia read Dr Ross Ainsworth’s latest South East Asia Market report published on Beef Central today).

That is well down on the 1.2 million cattle exported in the previous two financial years.

The Port of Darwin.

No figures are provided in the official data on trade value.

Darwin has reclaimed its status as Australia’s largest cattle export port, which it briefly lost to Townsville amid a mass drought-forced turnoff of cattle in Queensland in 2019-20, when 395,836 cattle were shipped from the NQ port compared to 384,836 from Darwin in the same period.

That included monthly exports in June of 32,103 from Darwin and 22,448 head from Townsville.

Broome marked its highest monthly export volume in June since September 2017 with 25,123 head shipped for the month, including 14,448 to Indonesia, 9000 to Vietnam and 1800 to the Philippines.