WHAT would it cost to unlock potentially millions of dollars in genetic export opportunities for Australia’s cattle, sheep and goat industries? 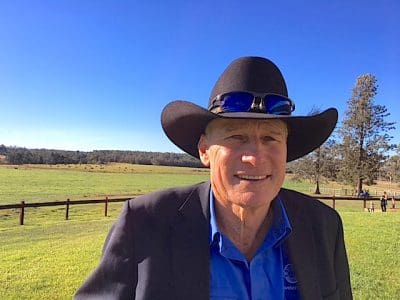 About $100,000 is the considered view of veterinarian and artificial breeding expert Dr Ced Wise.

One year ago Dr Wise told a forum at the Royal Queensland Show that Australia’s seedstock industry was missing a huge opportunity to export genetics to the rest of the world.

Canada, with a cattle herd half the size of Australia, exports $88 million worth of bovine genetics each year, while the United States’ export trade is worth $140m per year.

Despite the high standard of its genetics, Australia’s bovine exports amount to a few million dollars per year.

Also worthy of note is that Canada has just 800,000 sheep but still exports far more sheep genetics than Australia with over 70 million sheep.

Dr Wise told last year’s forum what is needed is funding to establish a new multi-industry body with a permanent secretariat to oversee the genetic export opportunity for all livestock industries – beef and dairy cattle, sheep and goats.

Almost 12 months later, Dr Wise addressed the Yulgilbar Beef Expo last Friday, so we asked if any progress had been made on the call he mounted back in August 2016.

The answer is not a lot, which had meant another year of missed opportunity.

Dr Wise said he had received strong and definitive support from industry. “I received heaps of feedback from cattle and sheep vets and producers from Cloncurry to Western Australia saying if you can get it going we are behind it.”

Asked what was needed, he said about $100,000 in funding to establish a permanent secretariat as a central point to market and manage genetic export inquiry.

“We need the upfront money to kick it off. I am sure we can get enough industry support to cover the ongoing costs of having a secretariat.

“I have done a lot of ringing around, I have got in principal support from everybody I have called.”

He said Minister for Agriculture Barnaby Joyce had made a pre-election pledge to provide $250,000 for the promotion of ruminant genetics exports, but because there was not a formal, industry-wide representative group, it is understood that money has not been utilised.

“If we had $100,000, we can establish a secretariat, get their feet on the ground, and then do a market survey to see where we are going,” he said.

“There is support, everyone could put money into now, but who are they giving it to? We need a secretariat.”

Dr Wise said there is a significant export opportunity because Australian beef genetics are unique to the world and ideally suited to tropical and sub-tropical climates, where most of the world’s cattle production is moving.

One of the reasons Canada is seen as being so successful in genetic exports is because it has a single, standard protocol with all countries to which it exports.

This meant that only one test was needed on one animal for Canadian exporters to be able to export that animal’s genetics to a wide range of markets.

Australia has different protocols for every individual importing country. Our exporters have to test the same animal multiple times to comply with the requirements of each customer country, adding significant costs and inhibiting opportunities. Difficulties interpreting each protocol were seen also a challenge.