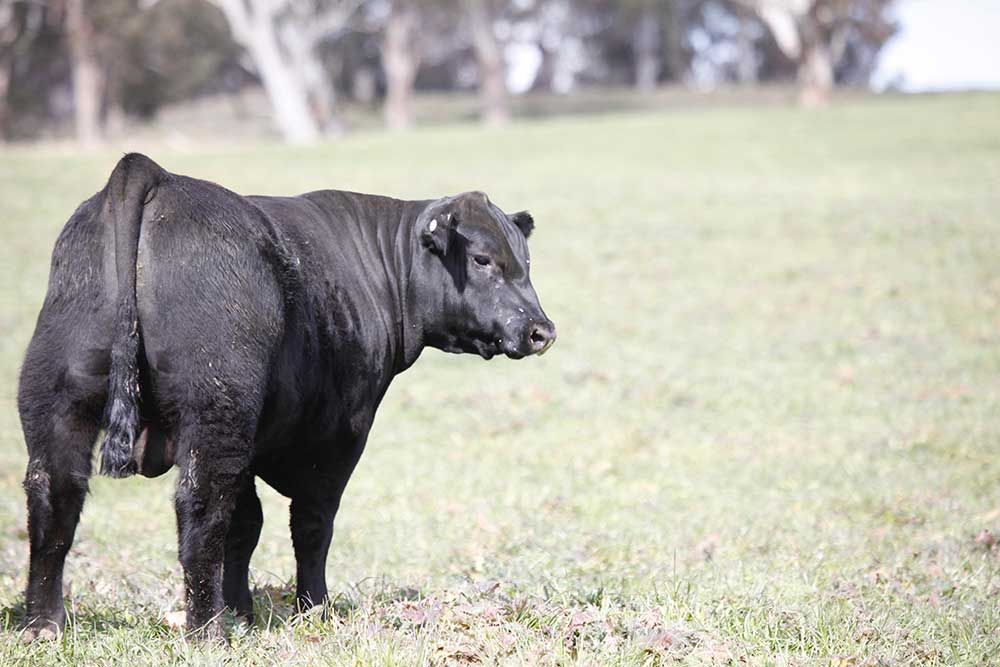 Yearling bull in the paddock at Ben Nevis Angus near Walcha

IS THIS the year of the yearling?

Vendors of yearling bulls are making progress in wooing buyers with the advantages of taking on Bos Taurus bulls at a younger age.

The main benefits for vendors are fairly obvious. It can cost hundreds of dollars, if not thousands in poor seasons, to maintain and grow out a bull into a fabulous looking two to two-and-a-half year old. The ability to carry more productive females also results from turning off bulls earlier.

Are buyers seeing past the pumped-up two year olds and prepared to have a go at their younger, and in theory genetically superior, brothers?

And are there other benefits from putting bulls out to work at a younger age?

While many studs now offer two-year-olds, instead of ‘old fashioned’ bulls closer to three, Beef Central has picked out just three from the southern states where yearling bull sales are more prevalent in their catalogues. The word, ‘yearlings,’ when referring to bulls, generally refers to bulls 13-18 months of age at sale time.

The biggest resistance to selling such young bulls, of course, is that they lack the physical ‘presence’ in the sale ring of older siblings. But does that deter well-informed buyers?

At its 2017 sale earlier this month, Ben Nevis Angus at Walcha NSW sold 71 yearling bulls to a top of $32,000 and an average of $10,291. And these were genuine yearlings, born in July and August and sold the next year in September.

The top price and average was claimed as a national record for yearlings. 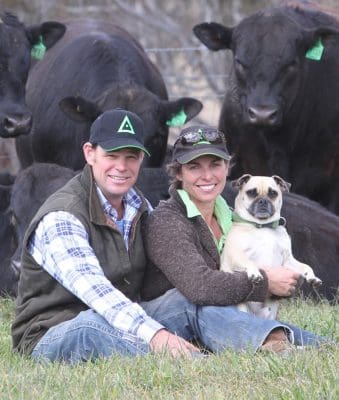 Erica and Stu Halliday of Ben Nevis say in southern environments, users of yearling bulls get more calves over a longer period, at a lower cost per calf.

They suggest a yearling bull has an average working life of five years compared to only three years for a two-year-old.

“Nature intended (British breed) bulls to work at 12 to 14 months of age when they become sexually mature but still light and agile so they can learn their trade without a high risk of injury. This is not the case for bulls first used as two-year-olds, that are often fed up to big weights for auction and run a higher risk of injury while gaining sexual experience,” they said.

Ben Nevis has been offering yearling bulls to clients for more than 20 years, and the Hallidays believe that bulls used as yearlings are much easier to manage in and out of the cows. That’s because they are out working as their testosterone kicks-in, instead of being in a big mob where bulls learn to fight and bully each other.

“However they can come out of the cows looking ragged. This proves the bull has been working. They don’t need special treatment – just a good paddock and a dose. They will eventually recover but probably won’t make mature weight potential until at least three or four years of age, if at all. The upside is less stress on the skeleton so the bull will always be more agile and less injury prone,” they said.

As well as boosting the yearling offering, this year Knowla’s overall offering was well up on previous numbers.

In what is claimed to be the biggest yearling bull sale in the nation, Tom and Olivia Lawsons’ Paringa Angus, Red Angus and Stabiliser sale at Yea Vic on September 14 cleared 108 yearling bulls at an average $6400.

Tom Lawson said yearling bulls were “financially rewarding to both vendors and buyers.”

In other spring sales results this week, records tumbled at the Price family’s 24th annual Moongool Charolais bull sale at Yuleba on Queensland’s western Darling Downs yesterday when Lot 2 sold for $83,000 immediately followed by Lot 3 at $64,000.

Buyer of the new record-setter was David Whitechurch, Four Ways Charolais, Inverell NSW, who was chasing robust Queensland-style Charolais to satisfy his many Queensland bull-buying clients.

The 1180 kg lot 3 at $64,000 went to commercial operator Doug Logan from Rolleston Qld who plans to use this heterozygous poll in his crossbred herd.

Despite the record breaking prices, 30 or almost one-third of the bulls sold for $5000 or less, keeping the budget-conscious herd bull buyers happy. See Beef Central’s earlier report on Moongool’s record.

Click this link to view a short video of Moongool’s new record-setter.