Beef Central’s popular weekly genetics review returns this week, after its recess since the completion of Autumn sales in late April. Weekly spring bull sales coverage will continue each Tuesday, from now through to the end of November.

THE divide between the traditional autumn and spring bull selling seasons is becoming increasingly blurred, as bull sellers jockey for sale-free calendar slots to avoid competition and ensure access to preferred agents and auctioneers.

It used to be that southern Australian on-property bull sales were held in autumn, and northern sales in spring, with a few breed ‘Nationals’ in between.

Now the once-distinct selling seasons have almost merged, and the only real break is a few weeks over Christmas/New Year.

With more than 200 upcoming sales on Genetics Central’s all breeds national list for the reminder of 2017, vendors and buyers are keen to get some pointers about this year’s spring sale price prospects.

The 200 identified sales, of which half are in Queensland, will see more than 11,000 bulls change hands by December.

The Angus spring offering continues to grow, with 80 Angus sales scheduled for the remainder of the year.  Buyers of Hereford, Santa Gertrudis, Droughtmaster and Charolais bulls will each have around 30 sales to choose from, while Brahmans will have a dozen sales headlined by the mammoth Rockhampton Brahman Week on October 2 to 4 where more than 1000 bulls will go through the ring.

Landmark Queensland stud stock agent Colby Ede is looking forward to a busy selling season, kicking off with Hazeldean’s Jackson (QLD) August 3 Angus sale of 130 bulls plus another 170 bulls of other breeds the next day. 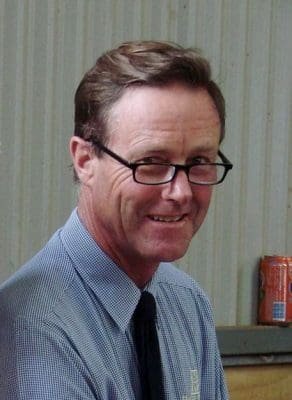 Hazeldean’s Jim Litchfield said he was optimistic about the upcoming bull selling season following strong demand during autumn. In 1994 Hazeldean was one of the pioneers among southern bull producers taking Angus bulls north.

Colby Ede said many ‘short’ oat crops and lack of rain in western Queensland had resulted in big store cattle yardings at centres like Roma and Dalby. However there was a lot of interest from bull buyers and paddock bulls were in short supply.

Still in Queensland, Blake Munro of Elders believes 2017 bull values should be in line with last year.

“The southern sales (in spring) have been consistent,” he said. Mr Munro also indicated there were some concern about the season west of Mitchell, Alpha and Charters Towers but it will be “business as usual driven by a fully strong cattle market.”

“Bull prices in 2016 were the highest on record, but still in line with the rest of the beef industry,” he said.

These calculations bear an uncanny resemblance to the comparison to Angus bull averages in 2016 ($7375 for 8405 bulls) and the to-date 2017 Angus average ($7679 for 3545 bulls) and increase of 4pc. The GDL bull sale figures are based on northern sales, mostly of breeds other than Angus.

Mr Weyman-Jones pointed to the national herd building and the rains in eastern and central Queensland so an ongoing ratio of 4.0 to 4.2 (350kg carcases/bull) could be achievable, generating an average bull price of up to $8000.

It’s been six weeks since this Genetics Central weekly column went into winter recess, but plenty has happened in the interim. In fact some results in the May/June period were quite spectacular. Here’s a brief summary of recent highlights:

The McLeish family’s Outwest Angus stud in western New South Wales would not claim to be a high profile Angus seedstock producers. But their June 1 sale of 40 bulls (100pc clearance) averaged $9088, an 88pc leap on their 2016 average of $4950.

In the same period another New South Wales Angus stud, Booragul, recorded an outstanding average of $13,730 for 63 bulls, a 76pc increase on the previous year.

Three National bull sales in May/June returned strong results. The Wodonga and Dubbo Hereford Nationals recorded averages of $10,124 for 153 bulls and $9287 for 80 bulls respectively. The Shorthorn Dubbo National cleared 104 bulls for an average of $8500, a sale record. A highlight in the National Limousin sale was the strength of demand for registered females, with 39 of 42 cows and heifers offered selling, for a $6989 average. Amongst the bulls, 28 of 37 were sold, averaging $7589.

At the Wagyu annual Conference in Albury, NSW, on May 3 a bull sold to a north Queensland commercial producer for a breed record $105,000 and a heifer in utero made $95,000.

The Ponderosa Brahman bull sale at Katherine NT on May 27 grossed $1.1 million and averaged $4770 for 223 bulls, the NT’s first million dollar bull sale.

In what has been described as the best stud female sale ever held in Australia, Lock Rogers from Guyra NSW sold 259 Angus females at an average $8445 on May 25. And that’s only half the story. Stage 2 will see another similar draft go under the hammer early next year.

Elrose Brahman registered females were in hot demand at a sale in Charters Towers in late May. In a 100pc clearance, 223 cow and calf outfits averaged $4566 and 28 unjoined heifers $4053.