Beef Central’s popular weekly genetics review returns this week, hosted again by breeding and genetics consultant, Alastair Rayner*. The review, together with our weekly genetics email alert to Beef Central subscribers, will run each Tuesday evening, from now through to the end of the 2021 spring bull selling season in November…. Identifying and selecting a cohort of replacement heifers is currently front-of-mind for many producers, particularly those looking to join in coming months after years of drought-forced herd reduction.

This activity is often focused on physical selection, underpinned by the need to find a desired number of heifers in a group. This desirable number is in turn driven by the need to replace older females that have been removed from the system due to age, performance and fertility or to increase overall breeder numbers.

Selecting replacement heifers as a result is often shaped by these factors.  However, there are other considerations that should be built into both selection decisions and the subsequent management of replacement females if producers are to truly start shaping their herd for increased fertility and productivity.

Dr Enoch Bergman  is a highly respected Western Australian cattle veterinarian. During Beef Australia 2021 in Rockhampton last month, I was in the audience as Enoch presented an engaging session for producers focused on the integration of fixed-time AI within beef programs.

Based on an MLA-funded Producer Demonstration Site (PDS) he was involved with, Dr Bergman highlighted several key messages around heifer selection and management that underpin improved lifetime productivity.

While the focus of the PDS was on the role of fixed time AI, the essential components of a successful joining program are intrinsic to natural joining or AI programs. The fundamental target for producers to have in focus is the critical mating weight of their heifers. As a target for producers, heifers would preferentially reach a joining weight that is 65pc of the mature weight of the cows within their breeding herd.

This places some pressure back on producers to ensure their selection process is not focused solely on the physical appearance of the heifers that are yarded.  Selection should include collecting weights and identifying those females that are likely to achieve this critical measure.

Females that fall below this benchmark can be up to 46pc less likely to conceive within a defined joining period compared to 13pc of heifers that hit the weight parameter.

Essential to building a successful heifer replacement strategy is to factor-in time. Time is often the unrecognised, and overlooked component of breeding, particularly with heifers.

Enoch highlighted the impact time has on a heifers return to oestrus compared to mature cows.

“It normally takes a mature cow in average condition around 55 days to return to oestrus after calving.  However, heifers can take from 20 to 30 days longer,” he said.

There are some practical implications for this impact in herds.

Heifers joined at the same time as cows will calve in the same period. However, on rejoining – as a first-calf female, conception will usually occur later in the joining period than in other parities. Critically, heifers which  calve late in the season are far less likely to re-conceive in their subsequent joining period and could be lost to the program as empty females.

In effect, by not allowing for time, producers have built into their breeding system a mechanism for failure, putting their heifers at a disadvantage as first-calvers and for their subsequent calves.

Enoch cited the work of Cushman et al to highlight the impact early conception has on heifers over their subsequent lifetime.

Heifers that conceived early in their first joining period calved earlier, giving them a longer period to recover before their second joining. The heifers which calved in the first 21 days of the calving season were more likely to enjoy breeding success for nearly the remainder of their lifetime, returning statistically significant superior pregnancy rates up until their eighth joining compared to their siblings which had conceived in the last cycle.

Not only did calving early as a heifer produce better lifetime fertility, but these females went on to consistently rear heavier and more valuable weaners.

Placing a cost around the importance of calving early should include the value associated with not only the additional weight at turn off. Within the research cited by Enoch Bergman is a finding that identified females need to wean 3-5 calves in order to pay for the costs associated with their development.

The work also identified that cows that miss a single calving are unlikely to ever be able to recover the costs associated with the loss of that calf from the system, even if the cow is kept to be rejoined later. This includes moving cows from spring to autumn calving, to try and catch up.  The costs of maintenance and feed are still likely to outweigh the actual value of the missed calf.

Underpinning the concept of offering time to heifers, is the message to join heifers earlier than the mature cow herd. This practice builds into a breeding system the additional time heifers require to recover from calving and to successfully rejoin a second time.

Enoch encouraged producers to join more heifers, rather than just the number needed for replacement to allow them to shorten their joining by budgeting on a lower overall pregnancy rate.  This strategy allows producers to then identify and select those heifers that join and calve early to be carried on for future years. 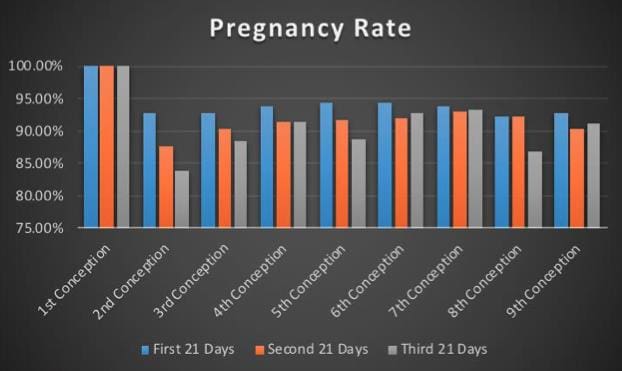 While the focus of the presentation highlighted the opportunities fixed time AI offers to further condense the calving interval and access superior genetics, there is also scope for natural mating programs to use bulls with appropriate Expected Breeding Values (EBVs) to help improve the time offered to heifers to recover after delivering their first calf.

In particular, producers shouldn’t overlook the importance of gestational length EBVs when selecting their bulls. Bulls with EBVs  for shorter gestational lengths should assist a herd to genetically acquire more time, by influencing both the existing cows and their daughters to calve earlier. 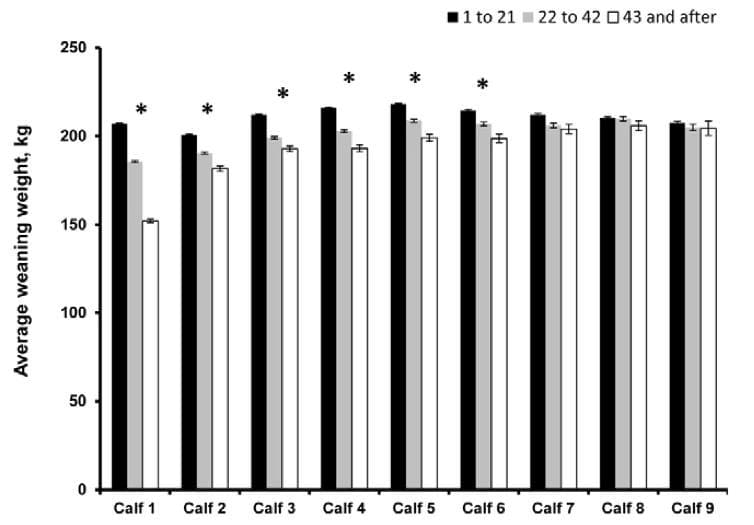 Potentially these are strategies familiar to many producers.  However, the importance of time, and looking after heifers to ensure they meet objective targets for joining weight should be a driving motivation behind heifer management and selection.

Enoch suggests that most producers should consider joining their heifers a cycle ahead of their cows and for one less cycle as well.

Beef Central has started research on its 2021 spring bull sales calendar, featuring sales fixtures nationwide across all major beef breeds being held from now until November.

Data is being compiled from breed society records and numerous other sources. Once complete, we will ask studmasters and sale administrators to check the directory pages, to make sure their sale is included, and the details are correct. We anticipate completing the preliminary directory by the end of June.

* Alastair Rayner is the Principal of RaynerAg, an agricultural advisory service based in NSW.  RaynerAg is affiliated with BJA Stock & Station Agents.  He regularly lists and sell cattle for clients as well attending bull sales to support client purchases.  Alastair provides pre-sale selections and classifications for seedstock producers in NSW, Qld and Victoria.  He can be contacted here or through his website www.raynerag.com.au