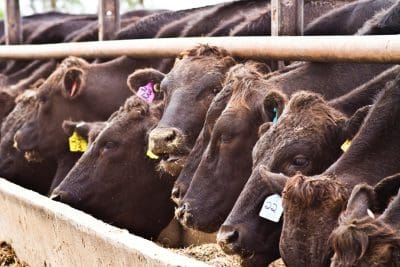 Folllowing Beef Central’s coverage of the recent Australian Wagyu Association board elections, immediate past president Mike Buchanan requested right of reply.  Here is his response to some of the claims raised by the Concerned Members Group, focussing on initiatives completed by the AWA Board in 2019-20 and detailed at the AWA AGM in Armidale earlier this month…..

Unfortunately for AWA members and the breed, the important achievements of the 2019-2020 AWA Board, as outlined at the November 5 AGM in Armidale,  were obscured by a noisy barrage of repetitive personal attacks and misconduct allegations against directors from a ‘Concerned Members’ lobby group.

The 2019-20 ‘President’s call’ was that responses from a globally recognised public company like AWA should focus on Board achievements, and that the best outcome for AWA members and the Wagyu industry would be an understanding of the controversial issues, and their importance in ongoing Wagyu industry development .

In the perception of the AWA Board majority in late 2019, key policy initiatives for 2020 included:

The ‘incomprehensible disconnect’ between the member carcase records of small/medium herds and AWA Carcase EBVs for the same animals, and apparent lack of influence on Wagyu EBVs of data contributions from these herds has been a contentious, unresolved member issue since the Carcase EBVs were launched in 2014, under Board chair Scott de Bruin and executive officer Graham Truscott. The 2020 Board set out to publish an explanation, and was partially successful in the 2020 AGBU/AWA webinars.

In August 2020, AGBU’s Professor Rob Banks told an AWA Webinar (available for viewing on the AWA website),  that small to medium AWA producer members can rarely meet the required data compliance parameters for the inclusion of carcase performance records in Wagyu BREEDPLAN.  It remains unclear how many Australian data contributors/breeders inform the current Wagyu Carcase EBV/Index suite.  The likely answer is a very small number of vertically integrated operations are responsible for establishing all ‘high value’ animal EBVs through their unique ability to contribute data compliant with the current requirements of AWA BREEDPLAN.

This clarifies a murky situation that has prevailed since the AWA’s Genetics Improvement Committee was planning the launch of the Carcase EBVs (on which the Indexes are based) in 2014. No GIC recommendations for the Board or industry consultation had been achieved before the then-Executive Officer Mr  Truscott and a fellow ABRI sub-contractor to AWA announced full implementation of the new Carcase metrics at the October 2014 Wagyu Conference.

An AWA Board governance meeting was subsequently held in December 2014.

The new 2020 Breeder Index is a significant step away from a single trait (MS) focussed Australian Wagyu selection.

The initial concept was an index to support production closer to a Japanese performance model, using a (low Japanese) average Carcase Weight target of about 470kg, with enhanced growth, maternal traits and maintained high marbling.  However it was evident that existing Wagyu BREEDPLAN carcase data would not support a viable Index within these parameters.

This is largely because Australia has not so far recorded large numbers of the multi-trait performance, high-growth, high-marbling sires and dams evident in Japanese commercial production, which is sustained by a scientifically maintained diversity of genetics.

So, while delivering a pathway to improved performance in the growth and maternal traits, the Breeder Index MS target was set at to an average of about AUSMEAT MS8, which remains far higher than that achieved by any other breed, and within the high volume segment of global Wagyu beef markets.

The Breeder Index is a step in the direction of Japan-parity production where this is useful, stimulating selection from a more diverse range of genetics.  It has immediate and important local application for profitable Wagyu production in low-input Australian pastoral environments.

Maintaining genetic diversity and managing inbreeding are major issues for the world’s largest Japanese Black (Wagyu) populations – in Japan and Australia – with the major difference being that Japan has made major efforts to measure and remediate since at least 2000. Conversely, until 2020, Australia failed to measure the local Japanese Black genetic resource, despite inbreeding being a recognised concern, and despite the Japanese Black breed accounting for over 85 percent of AWA annual revenues.

In making the decision to implement the project in late 2019, the AWA Board was also responsive to demand identified in formal AWA member surveys in 2014 and 2017, which meant that a scoped but shelved procurement proposal was already available. An internationally recognised database was purchased, with Japanese consultancy services, using the supplier identified in AWA management correspondence dated to late 2015. This was implemented in 2020 at near the 2016 price.

Given direct pedigree linkages to the Japan Registry, which were completed for the first time as part of the 2020 project, detailed prefectural sub-population influences are now established for all Australian fullblood herd pedigrees, and are published on the herdbook pedigree page of all AWA Japanese Black fullbloods.

The information may be used for analysis and management of genetic diversity within the context of an established international scientific discourse on the Japanese Black breed, and for selection.

* Immediate past president of the AWA, Mike Buchanan, joined the AWA Genetics Improvement Committee (GIC) as a co-opted invitee in mid 2014 and joined the AWA Board in November 2014, serving until November 2020.  He was a GIC member for the entire period. He remains a member of AWA and Wagyu feeder/seedstock producer.