A PERIOD of conflict between some directors and members within the Australian Wagyu Association ended with a dramatic board spill during last week’s AWA annual general meeting.

Former president, Mike Buchanan and another boardmember have departed the breed society, after a period of considerable unrest. Having said that, it’s certainly not uncommon for Australian beef breed societies to pass through challenging periods like this.

A group of prominent ‘concerned’ AWA members began lobbying for change within the organisation in September, in advance of last week’s AGM. 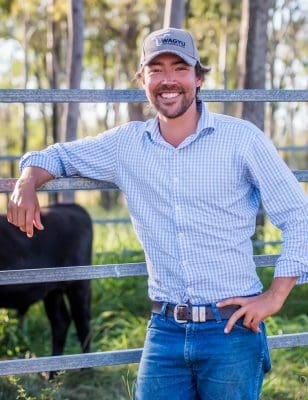 A motion of no confidence in president Mike Buchanan was narrowly defeated in board voting several months ago, Beef Central understands.

In a strongly worded letter to members, signatories from the reform group alleged that the AWA board had “become dysfunctional” under the former president.

Among other claims, the group alleged a serious breakdown in the corporate governance procedures and protocols of the AWA board, including conflicts of interest.

At the core of the group’s concerns was the construct and transparency of the Wagyu breed’s BreedPlan indexes, including suggestions that the recently-introduced Wagyu Breeder Index closely mirrored the breeding and business philosophies publicly espoused by the former president.

“In our view, the newly introduced Breeder Index diminishes the relative importance of the unique marbling traits which are of critical importance to the Wagyu breed,” the group said.

“We are concerned that major changes to BreedPlan are being undertaken by a small group of Board members. This has been done without the opportunity for proper consultation and consideration by subject matter experts and the broader membership,” the group alleged.

Any changes would likely affect the performance of the breed for the next 30 years, the group warned members.

“We should expect that the board and CEO has systems and processes (in place) that prevent individuals from influencing changes for their own benefit,” the group said.

“Proper member consultation in respect of any change to BreedPlan is of the utmost importance and should be regarded as fundamental,” they said. “Without it, there will likely be serious consequences for the standing of BreedPlan and the AWA in Australia and internationally.”

“We believe that the potential to do irreparable harm to the reputation of the Australian Wagyu Industry is profound,” the group said.

The significance of the dispute over BreedPlan indexes is reflected in the fact that exceptionally high prices have been paid for elite Fullblood Wagyu bulls and females over the past two years, fuelled to a considerable extent by BreedPlan Index data. Wagyu females have sold for $280,000 and $200,000 since 2018.

The reform group also raised other issues, including concern over a perceived lack of transparency in the purchase of data for the Wagyu Prefectural Value Analysis from another AWA member, said to be a business associate of Mr Buchanan.

“We understand that the purchase of this data was not the subject of any competitive tender process and was not included in the 2019 budget of AWA,” the group said. “Our questions to the board in respect to that transaction, and other potential conflicts of interest remain unanswered.”

Large field of eight for four board positions

In a large field of eight candidates contesting four board seats at last week’s AGM, all four of the concerned group’s nominated board candidates were elected. They included Charlie Perry and Selwyn Maller, both existing board members who were re-elected for another three-year term, while former president Scott de Bruin returns to the board after an absence of several years. Queensland Wagyu breeder and lotfeeder Laird Morgan is new to the board.

Elected president during last week’s AGM, replacing Mike Buchanan, was Charles Perry, one of the principals of Trent Bridge Wagyu near Guyra, NSW, which produces Wagyu seedstock, and Fullblood and F1 feeders. Mr Perry is an accountant with EY, bringing specialist skills to the board from his career in the corporate world, including strategic planning, financial analysis, risk management and corporate governance.

In a media statement, the AWA on Friday said following ‘strong support for board renewal’ from AWA membership, a new board had been appointed.

In a year where industry has risen to the challenges of the pandemic, the AGM for the first time was held principally online, with voting conducted virtually.

In Friday’s statement, new AWA president Charlie Perry said there was no doubt that 2020 had been a difficult year for the industry with environmental conditions and COVID-19.

“I am looking forward to working with the Australian Wagyu Association board in 2021, with a renewed energy and focus on inclusivity and embracing the diversity within our global membership,” he said.

AWA chief executive Dr Matt McDonagh, on behalf of the organisation, extended his thanks to outgoing president Mike Buchanan and board member Lorna Tomkinson for their contributions to the AWA through their service on the board.