NEW Zealander Kevin Ryan is tasked with scouring the globe for superior sires for some of the world’s most famous beef seedstock herds.

The 77-year-old stud stock advisor visited southern Australia to find that elusive bull exhibiting the right combination of structure, temperament, and estimated breeding and genomic values, to put him among the most elite sires on the planet. 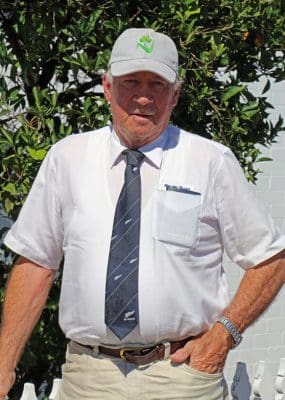 Up until his retirement in 2016, Mr Ryan was sourcing rams and bulls for a client base servicing five million stock units in New Zealand. This included corporations running up to 230,000 head, such as Molesworth and Maori Farming Corporation.

An annual shopping list of more than 400 bulls of various breeds resulted in Mr Ryan putting a floor in many New Zealand seedstock sales.

Never one to sit still, he continues to source stud sires from throughout the world for selected seedstock herds.

Throughout his 57-year career in bos Taurus and bos Indicus genetics around the globe, Mr Ryan has witnessed the uptake of artificial insemination, embryo transfer, performance recording and genomics, and has pursued a personal interest in epigenetics and sexing of unborn calves.

He has also worked with wool, sheepmeat and milking sheep genetics.

Mr Ryan is using his knowledge of genetics to develop more efficient and fertile cattle, meat and wool sheep in New Zealand, and beef cattle in China and Botswana.

He is also helping Angus clients in New Zealand to supply grassfed, HGP and antibiotic free steers and heifers for the recently launched AngusPure brand. Clients had received up to NZ$2700 for 22-month-old steers sired by registered Angus bulls under the premium NZ brand program.

He said while lambing in the NZ prime lamb industry had jumped from 100 to 130 percent, the national average calving percentage remained ‘low’, at 83pc. Among his clients’ beef herds, he has managed to lift average calving performance to 93pc.

This is achieved by only buying bulls from breeders using yearling joinings and fertile cow families. Heifers are classed on pelvic area, frame, bone and growth to suit the environment.

He also visually assesses the size and position of the pancreas on the animal’s side, to determine fertility and pregnancy status, along with the thymus and adrenal glands.

“I believe 70 percent of the genetic influence comes from the cow,’’ he said.

“When I go to the bull sales, I ask to see the mothers of all the bulls in a sale. I look through all the cows and make my assessment.’’

Mr Ryan rates his mentors as some of the greatest Scottish stud masters. One early mentor instructed him to hone his observation skills of animal’s bone structure at the local zoo.

“He made me sit in paddocks of cows to watch how they moved, their fertility, temperament, shape and bone for adaptation.’’

“It’s about proper selection and paying attention to things that matter,’’ he said. “Getting that balance right is critical – genetics and figures don’t work if the cattle are not managed properly.’’

Epigenetics, the study of changes in organisms caused by modification of gene expression rather than alteration of the genetic code itself, is a personal interest.

“We developed a breed in the northern area of the South Island producing for a local supermarket chain, with the top ewes milking three litres a day,’’ he said.

“There are opportunities there (for milking sheep) – New Zealand sheep milk is air freighted frozen to the Middle East.’’

Other projects on his schedule include working with sheepmeat breeds on the correlation between skin thickness and carcase quality, and increasing calf survival in projects in northern China.

Mr Ryan oversees a program of 20 million native Heilong or Chinese Yellow, and has lifted calving by 20pc or four million calves.