In this second part of this week’s genetics review (click here to access the first part of this discussion), producers, researchers and breed society technical staffmembers offer their views about the value of Breedplan indexes, and best approaches for selecting the right genetics…

FOR those who want to spend the time and effort, BreedPlan indexes can be refined and customised for personal use.

Andrew Chapman and his wife Kate, of Rowanlea Santa Gertrudis developed a customised index a couple of years ago that targeted EU production, as the couple had a number of prospective bull buyers who were producing EU cattle.

Mr Chapman said they had not continued with their own customised index, as the bulls appeared to rank similarly to the published Santa Gertrudis indexes for Domestic and Export.

“So for this year’s sale coming up later this month, we will just publish the breed indexes,” he said.

The experience was a ‘worthwhile exercise’ in making you understand the driving forces behind indexing, Mr Chapman said. As chairman of the Santa Gertrudis technical sub-committee, he is now working with committee members and Paul Williams of Tropical Breeds Technical Services to develop a terminal sire index to cater for those who want to buy bulls with the intention of being able to choose not to retain daughters.

“Quite obviously, without needing to consider the fertility potential of a bull’s daughters, buyers could select quite different bulls,” he said. Matias Suarez of the NSW Department of Primary Industry (DPI) has long held the belief that to give the bull buyer confidence, they must be allowed to choose the traits that are important for their enterprise.

“However they need to understand that there is a lot of research behind indexing that models the relationship between traits, and ignoring this will come back to bite them in the medium to long term,” he warned.

Dr Suarez and his team are currently developing a decision support tool that will complement BreedObject for bull buyers. It will allow them to search bulls based on the specific needs of the individual.

The intention is to be able to rank bulls on how well they meet their breeding objective. Dr Suarez says that while producers usually know what they would like to see improved in their herd, they need the rigour of having a breeding objective that balances the biology of the selection as well.

It is also important to allow the bull breeder to understand exactly what their bull buyers are looking for and this tool will allow that to happen, he said.

“Empowering the bull buyer with ways to match their needs with the bulls available for sale is the main objective of our work. This will support the efforts that stud breeders are making to continue to raise the bar on genetic improvement in this country.”

In his dealings with bull buyers Dr Suarez finds that many are concerned that current Indexes are derived on an entire supply chain approach, which means they put emphasis on traits that the commercial producer (bull buyer) is currently not rewarded for.

In addition, there are instances where bulls will need to be used in specific circumstances (eg joined to heifers or used as terminal sires) and it is perceived that current published industry indexes do not account for these particular needs.

“Therefore, in line with the work that AGBU has been doing with BreedObject for the last 30 years or more, we want to allow producers to make the best use of the current genetic tools (EBVs & Indexes) available,” he said. 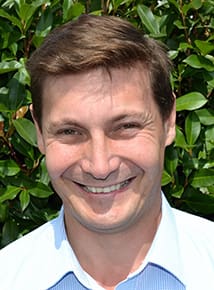 The Angus breed is the undisputed front-runner in the use of EBVs and indexes.  Breed development & extension manager for Angus Australia, Andrew Byrne defends including emphasis on carcase performance, including carcase weight, retail yield, and eating quality, as while the premiums for some individual breeders may not be obvious, it is important that the breed focuses on genetics that improve profitability across the entire supply chain.

He points to the fact that much of the sustained demand for Angus cattle by the feedlot and processing sector is due to the increases in carcase weight and marbling over the past 15 to 20 years, and it is important that the breed continues to select for genetics that improve performance in these areas, while balancing selection for traits that influence profitability in the cow-calf breeding sector.

“Breedplan EBVs have been around since 1985, but still debate arises over the best way to display the information and what they mean”

Breedplan EBVs have been around since 1985, but still debate arises over the best way to display the information and what they mean.  As the number of EBVs increase to cover the full spectrum of traits that affect beef production, it becomes difficult to display all on the one page – let alone to absorb all when selecting the next bull.

Angus Australia launched a new AngusSELECT area on the Angus Australia website during 2017 that displays the registered Angus bulls, females, semen and embryos that are for sale, and acts as a central marketplace for breeders looking to utilise Angus genetics within their enterprise.

Within the AngusSELECT tool, Mr Byrne noted that Angus Australia has implemented a number of new features aimed at simplifying the information presented on registered Angus bulls. The new features, such as the display of percentile bands below each EBV, and the ability to search for animals with particular genetics using user friendly slider bars, make it easier for bull buyers to identify those bulls that are most aligned with their breeding objective.

He agrees, however, that with 25 EBVs and four selection indexes presented on Angus animals, there is a lot of information displayed, and with EBVs for more traits likely in coming years, some consideration of how genetic information is presented is needed to help bull buyers to ‘sort through the mire.’

Surveys have suggested that bull buyers generally spend minimal time researching their next bull purchase, so it is important that information is in a readily-digestible form while still giving all the information available for those who want to do a more in depth study.

Mr Byrne says that the Angus Breeding Index (ABI) is designed to be an index that is suitable for most breeders running a commercial self-replacing breeding herd and for those wanting to simplify their selection decisions buying the bull with the highest ABI, combined with some independent consideration of three to four traits of particular importance is good advice. A phone call to Victorian Angus breeder Bryan Corrigan triggered a full description of how one should select the best genetics, including which traits are most important to one’s own herd and the herds of their commercial clients.

Mr Corrigan and wife Lucinda are committed to a commercial focus and even in their seedstock herd, only select cattle that will work in a commercial situation.

There’s no room for sentiment, Mr Corrigan says, when talking about how he ensures cows are fertile.

“‘If they don’t breed early in the season, every season, they are culled,” he said.

Lucinda and Bryan run the successful 1500-cow Rennylea Angus stud that will offer 160 bulls in their annual on-property sale later this month. Lucinda tends to take the more academic approach in the team, recently attending the World Congress for Genetics Applied to Livestock Production in Auckland to become full-bottle on the use of genomic technologies including single-step Breedplan.

Rennylea is also cooperating in research projects to establish the best method of incorporating the latest information, including genomic data, into more accurate estimates of genetic merit. The Corrigans are at the forefront of commercial application of the latest technologies.

The Rennylea team consumes all the information they can access, blending it with skills honed over many years of breeding very functional cattle. They probably don’t need indexes to select the best cattle, as they spend countless hours studying the relevant information to select the superior genetics. They are the living proof that indexes work – after all the effort, most of the bulls selected are high indexing.

Mr Corrigan is happy to concede that if you aren’t going to devote as much time as he does, then buying the highest indexing bull you can afford is good advice.

However Lucinda Corrigan is concerned that some buyers arrive on sale day without doing any prior research.

“‘It is not possible to look at more than 100 bulls from the get-go on sale day taking into account your selection criteria, breeding goal and then the phenotype which is important to the buyer,” she says.

“We recommend that clients use indexes to sort the catalogue, either on the Angus Australia website, or an excel spreadsheet on the Rennylea website, then apply independent culling levels for traits that are most important.”

Then on sale day, it is easy for a buyer to target the animals on their list and inspect their phenotype.  The buyers who do the research at home prior to sale day buy the bulls that suit their breeding goal within their budget, Mrs Corrigan says.

While there are breeders like Bryan and Lucinda Corrigan and Andrew and Kate Chapman who are prepared to spend much time working with researchers, commercial producers shouldn’t be concerned with the information overload.

These breeders spend countless hours working to understand the value of the information and ensure it is applicable to the industry.

Those who don’t want to spend the time should just accept the simplified version and choose on an index.