GENOME technology has unlocked new cattle breeding methods which could improve fertility and lead to increases in profitability, sustainability and productivity.

University of Queensland researcher Professor Ben Hayes co-developed the technology, called genomic selection, which could produce differences in fertility that result in up to three extra calves over a cow’s lifetime. 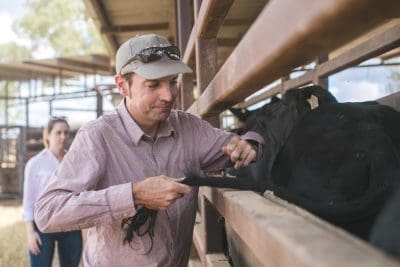 “With global beef production forecast to fall 17 percent in 2020-21, the gain this technology can provide is important for strengthening the global supply of this high value protein,” Professor Hayes said.

“Another benefit is cows that produce more calves over their lifetime have lower methane emissions per kilogram of beef, which improves the sector’s sustainability.”

Genomic selection technology uses DNA markers across the cattle genome to predict traits like fertility that are affected by large numbers of genes.

In order to do this, very large data sets where both the DNA markers are profiled (genotyped) and fertility is recorded are required.  Once this is achieved young bulls and heifers with specific DNA profiles indicating high fertility genetics can be selected for breeding.

To build such a data set, Professor Hayes has been working with 54 collaborator herds across Northern Australia.

“For key bulls that have contributed important genetics to breeding programs, we upped that to 700,000 markers, resulting in more than 21 billion data points to analyse.

“The larger the data, the more accurate the DNA profile tests are, which means the bulls and heifers can be selected for breeding very early, potentially at birth – or even as embryos.”

Professor Hayes and his team said the technology was now at the point where it could produce fertility predictions based on a DNA test, and these predictions have been delivered back to the participating herds for their animals. 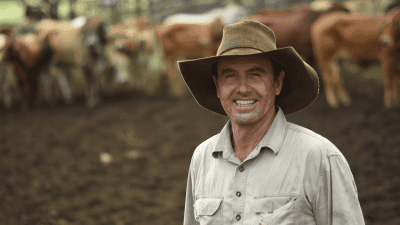 The participating herd owners included Russell and Donna Lethbridge, who own the Werrington Cattle Co, based north of Hughenden in North Queensland.

This region has experienced high breeder mortality rates and low reproduction rates due to native pasture nutrition that is well below required levels.

“By targeting fertility, we’ve indirectly selected for adaptations to our environment and that allowed for a reduction in age and weight at puberty that has made a huge difference to productivity,” Mr Lethbridge said.

With his Brahman heifers reaching puberty at 20 months, his herd is operating at 20 percent above the district average for reproduction efficiency.

The project was funded by MLA Donor Company, the Department of Agriculture and Fisheries in Queensland and The University of Queensland.