Bull selection decisions in the south linked to profit drivers

BE CLEAR on what drives profit in your business and match your bull selection to those profit drivers.

That’s the message from Meat & Livestock Australia’s genetics program manager Hamish Chandler, who says this should underpin how every producer uses genetic selection tools such as Estimated Breeding Values and indexes. 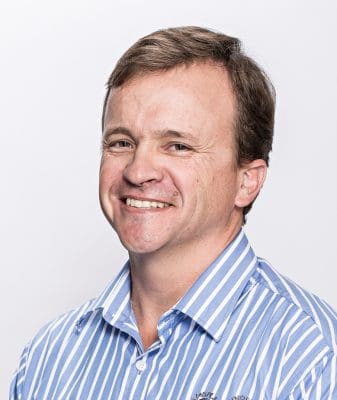 “What drives profitability in a producer’s business should be naturally linked to their breeding objective,” he said.

“Traditionally, producers consider a whole range of traits and attributes when buying bulls, but we need to make sure those attributes clearly relate back to what producers want to achieve in their business.

“It’s important we join the dots between what we want to improve and what traits we need when selecting replacement bulls.”

Mr Chandler said EBVs were an essential part of the selection process.

“There are things, other than the genes a bull carries, that influence what he looks like on sale day,” he said.

“Breeding values are important because we can rank bulls on their genetic attributes rather than on how good a season they have had.”

“For those selling lighter‑weight calves to restockers, fast early growth and moderate cow size will be considerations, whereas suppliers to feedlots and the Japanese ox market will require more emphasis on eating quality traits such as intramuscular fat,” he said. Before attending a bull sale, Mr Chandler recommends looking at breeding values and indexes first, and then assessing bulls that fit the criteria for structure and other attributes at the sale.

“Indexes are useful for ranking bulls in terms of value in achieving a breeding objective,” he said.

“If there are several candidates of similar index value, then the buyer needs to consider individual breeding values – such as birth weight, scrotal circumference and intramuscular fat – and weigh up their worth to the business, as well as considering other traits not in the index such as structure and temperament.”