THE sheer strength of the Australia seedstock industry at present was in clear evidence yesterday when the first stage of the Rogers family’s Wattletop Angus female dispersal averaged a phenomenal $8494 for a complete clearance of 259 PTIC females.

The result is easily a record for any registered female dispersal of any breed in Australia, and made all the more significant because of the large numbers involved.

Buyers of the equal top priced females were Spry’s Angus, Wagga Wagga, and Bannaby Angus, Taralga. One was a rising eight-year-old cow, the dam of one of the best bulls ever bred on Wattletop, Franklin G188. The other was one of his daughters. 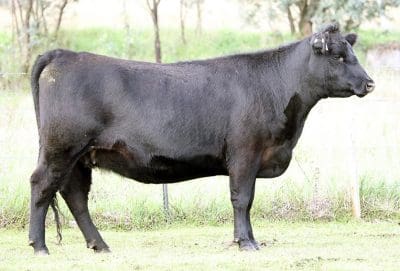 Large, well-known Angus studs were prominent buyers, including Coolie Angus at Merriwa, which bought 14 cows for a gross of $236,000, averaging $16,857, while Wirribilla Farms, a large commercial Angus operation out of Walcha, bought 30 females, primarily to supply its own future herd bull requirements.

“We think the fact that this was a complete, and outright dispersal – not a reduction – giving buyers access to the heart of the herd, was part of the reason why it went so well,” he said. 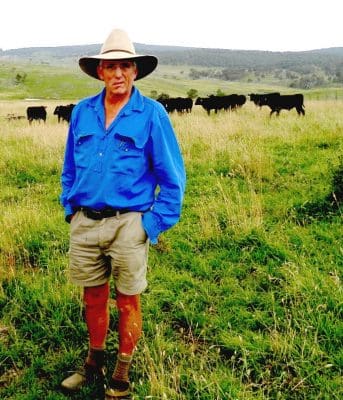 “The other factor was that the timing was perfect, with the underlying strength and confidence in the cattle market. But the result greatly exceeded our expectations,” Mr Rogers said.

So deep was the bidding demand at the sale that lot 270 in the catalogue, a very well bred, but rising ten year old matron, sold late in the day, made $16,000.

Yesterday’s sale marks the half-way point in the Wattletop dispersal, with stage two, offering a similar number as yesterday, comprising two-year-olds on their first calf, and mated yearlings, to be sold in March next year.