BIGGEST mover on Beef Central’s Top 25 Lotfeeders list is Teys Australia, which has jumped eight places since the previous 2003 report to fill second place this year, with a combined operating capacity across its three yards of 67,000 head.

The original Teys entity has had a long-standing connection with lotfeeding through its Miamba feedlot established on Queensland’s Darling Downs in 1989, but the company has exhibited explosive growth in its exposure to lotfeeding over the past four or five years.

It’s happened for a variety of reasons.

The first, and most obvious factor, is the 2011 merger of processors, Teys Bros and Cargill Beef Australia.

Read Beef Central’s first-ever news report, published way back on May 10, 2011, which created shock waves across the industry when it broke the news that Teys Bros and US-owned Cargill were to establish a joint venture Australian beef processing business.

While the 2011 merger included the companies’ two existing feedlots – Cargill Jindalee, near Wagga, and Teys Condamine – to be fair it was primarily focussed on merging the various processing resources stretching from Lakes Creek, Innisfail and Biloela in Central Queensland, to Beenleigh near Brisbane, Wagga and Tamworth in NSW and Naracoorte, SA. It also greatly enhanced the ability to take a combined Teys/Cargill product to the global market.

Cargill’s original Jindalee feedlot today has a current capacity for 17,000 head, a lift of about 3000 head on operating capacity back in 2003. The Jindalee site holds a license for 30,000 head, but there are no immediate plans to expand to that.

Cattle at Jindalee predominantly supply the Wagga plant for branded grainfed programs, mostly heavy cattle but some finding homes on domestic markets through supermarket brand programs. At different times of year, Jindalee may also supply the company’s Beenleigh plant in southern Queensland, as well as Naracoorte, in addition to the primary focus on Wagga.

Similarly, the company’s Condamine feedlot, discussed below, can at different times supply the company’s Beenleigh, Rockhampton, Biloela and Wagga abattoirs. The company considers it to be a strategic advantage to have feedlots with the flexibility to supply more than one processing plant. The second contributor to the Teys Australia lotfeeding expansion has been a major upgrade at the company’s original Miamba feedlot (now known as Teys Condamine), on Queensland’s Darling Downs.

Since then, it has doubled in size again to 30,000 head, in a major upgrade including milling, induction and water infrastructure as well as pen space completed around 2007.

The third, and most recent factor in Teys Australia’s rapid growth as a lotfeeder came about when the company last July bought Elders’ 20,000 head Charlton feedlot in Victoria, for what many stakeholders saw as an unbelievable bargain price of $10.1 million.

Charlton is now operating at close to capacity, holding all Teys-owned cattle being fed for a range of markets including EU, and various branded grainfed programs. Finished cattle are processed either through Wagga or Naracoorte.

As flagged by CEO Brad Teys at time of purchase, Teys Australia plans to spend significant money at the site to lift performance and productivity.

With the completion of work at Charlton, all three Teys yards will have extensive shade provision, ranging from 90 to 100pc of pens.

Behind these various contributions to expansion, driven through merger, acquisition and investment in existing infrastructure, Teys Australia is now increasingly reliant on its grainfed operations to drive branded beef expansion in international markets.

One of the attributes bought to the Teys Australia business following the establishment of the Teys-Cargill joint venture in 2011 has been a stronger customer focus, allowing the company to better align feeding programs, at all feedlots, with brand programs and customer requirements across the world. 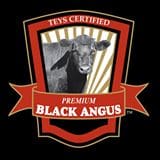 Today, there are very few cattle fed by Teys Australia that are not already forward committed to a program, or brands including Teys Certified Premium Black Angus, Riverine Premium Beef, CAAB, EU programs and others.

While there is little specific feeding of 70-day domestic cattle in company yards, Teys feedlots run quite a number of ‘lightweight’ 100-day cattle (typically 320kg or thereabouts at induction), exiting the feedlot at less

than 320kg carcase weight, that can supply an MSA-type product into the domestic market, or grainfed export beef, as required.

With few feeding programs ay any yard much beyond 100-days duration, turnover through the three yards is substantial, with about 3.2 to 3.5 cattle cycles per year frequently recorded.

That delivered annual turnoff across the three company-owned yards last calendar year of about 220,000 head.

With the exception of some Teys family-bred cattle going through Condamine, all feeders at the three yards are bought cattle, mostly paddock sourced, using the company’s network of meatworks cattle buyers across Eastern Australia. Feeders are sourced from as far as Central Australia, South Australia, and Tasmania at different times.

Particularly in southern Australia, the company encourages pre-vaccination of feeder cattle, supplying vaccine at no cost to producers to administer, once a purchase agreement has been reached.

Feedlots general manager Grant Garey said the network of three geographically-dispersed feedlots allowed the company to benchmark performance, in a wide range of areas from utility usage through to cattle performance and health.

A little like a large pastoral company, the spread of feeding assets also helped spread seasonal risk, and allow cattle to be sourced at optimum value across the Eastern seaboard.

Teys is also one of the nation’s largest users of custom-feeding space, with up to 100,000 cattle on feed at times, in a half-dozen or so yards from southern Queensland to southern NSW, depending on seasonal and other trends.