Carbon forum: why livestock producers should care about carbon footprint

AgCarbon Central will be featuring regular articles from industry stakeholders in a series called the Carbon Forum. Today’s author is Dr Richard Eckard from the University of Melbourne’s Primary Industries Climate Challenges Centre who has been a key player in the formulation of emissions reduction strategies and policy. 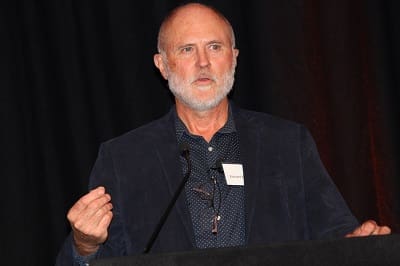 Why should we care about carbon footprint?

While the discussion on carbon footprints is not new to the livestock industry, the COP21 Paris Agreement established a global agreement to limit warming below 2°C, by reducing greenhouse gas emissions to net zero by 2050.

The recent COP26 meeting in Glasgow has now increased short-term ambition, with the new Global Methane Pledge aiming to reduce methane by 30 percent by 2030. While governments have been tardy in their responses, we have seen many multinational agri-business companies set targets for their supply chain starting in 2030.

A recent Oxfam study quoted that, of the 100 largest economies in the world 69 are companies not countries. As over 70pc of Australian agricultural produce is exported, these supply chain targets are more consequential to agriculture than government targets, as this will become critical for supply chain and market access by 2030.

The Australian red meat industry has proactively responded to this emerging supply chain constraint, by establishing a target or carbon neutrality by 2030 (CN30). This was not done in isolation, as a number of other jurisdictions around the world have set similar targets; for example, the state of Mato Grosso do Sul in Brazil, the New Zealand Zero Carbon bill, the Californian cap on methane and the Global Methane Pledge emerging from the COP26 meeting in Glasgow.

All of these are proposing at least 30pc to 40pc less methane from livestock by 2050. In addition to this, we have seen active discussion on the border adjustment tariffs aimed at levelling the playing field, by imposing equal carbon pricing from countries deemed to have insufficient policy ambition. The UK, Japan and Canada are also contemplating carbon tariffs so that tougher domestic carbon prices don’t negatively impact local competitiveness.

What can livestock producers do?

While all four strategies above are in the interests of productive and more resilient livestock production, there are different risks associated with avoiding emissions (reducing methane and nitrous oxide), compared with storing carbon in soils.

If we send our animals to market three months earlier, that’s three months of methane they did not produce. You as a producer could sell this emission reduction (on the ERF or voluntary market) as there is no long-term obligation associated with this trade.

When the day comes that the your supply chain demands a lower carbon status from your farm, you simply stop selling these emission reductions. Selling soil carbon fundamentally different, as firstly, soil carbon is a finite stock (like a bank account) on your farm; the more you sell the less you have to balance off against your own obligations when the supply chain requires evidence of low emissions status.

Secondly, soil carbon is mainly correlated with rainfall in Australia, which means you may have plenty today, after our current la Nina, but if we go into a dry period the soil carbon you sold is no longer there.

There are farmers who are selling soil carbon for modest prices today that are highly likely to have to go back to the market by 2030 to buy back this carbon at far higher prices, in order to meet supply chain demands.

Key message here is, inset your own soil carbon against your own farm’s needs, rather than selling so that someone else can offset their emissions. Agricultural production is your main game, so don’t risk future supply chain access through selling soil carbon for short-term gain.

In a typical livestock production system, methane from rumen fermentation makes up more than 75pc of all the emissions, which is where the rest of this article will then focus.

There is no doubt now that all sectors of the economy will need to demonstrate carbon neutrality by 2050. Clearly in the short term, the livestock industries will make heavy use of our own carbon offsets in trees and soil, but by definition this has a limited contribution to long term given there is a maximum limit of carbon that can be stored in soils and the area planted to trees.

While initially perceived as a threat to the livestock industries, the more proactive response by research has started delivering tangible solutions that mean that carbon neutral livestock production is quite possible within the next decade or two.