PRELIMINERY results from a soil carbon project in Central Queensland have been generating plenty of discussion in the past week, with claims the property has captured 50kg of CO2 per 1kg of beef.

The figure was quoted at the RCS 30-year anniversary conference last weekend, with the company’s director Dr Terry McCosker referring to a series soil carbon projects, run by sister company Carbon Link, currently being reviewed by the Clean Energy Regulator.

The main project of discussion was at Bonnie Doone, near Monto, which was said to have sequestered 50kg of CO2 to 1kg beef after subtracting methane emissions. Plenty of talk has followed, with many keen to see all the results from the RCS/Carbon Link program.

Speaking to Beef Central after the conference, Dr McCosker said the property was an exceptional case for the area and others will be sequestering less.

“This is a very well run, well grazed property and that is not going to be the case in a conventional grazing system,” he said.

“I have done similar models on different areas with good management and it varies from 10kg of CO2 to 1kg of steak on some properties to 100kg of CO2 per kg of steak. Basically, the further south you go the higher the number.”

Dr McCosker said the projects start with a baseline measurement of all the emissions – methane, fuel and fertiliser being the main three.

“For Bonnie Doone, they don’t use fertiliser so methane is their main source of emissions,” he said.

Process still with the regulator

Soil carbon measurements were taken in 2016 with management techniques used to increase the amount of carbon in the soil. A second round of measurements was taken this year and sent to the Clean Energy Regulator (CER) – who will then assess the measurements and possibly award Australian Carbon Credit Units (ACCUs) for each tonne of additional CO2 added to the soil. 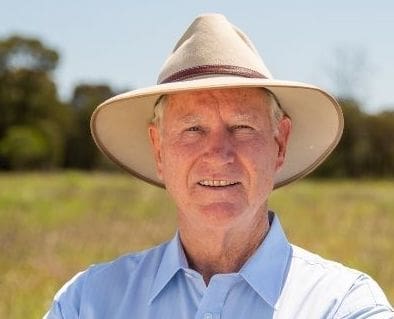 “The regulator will audit the process of calculation, it will go through every calculation and every piece of data to make sure the calculations pass the scientific rigour,” Dr McCosker said.

“We have a big science team and we have put a lot of time and rigour into it ourselves, so we are keen for the regulator to go through it.”

The timing of the regulator’s audit has blown, with Carbon Link originally hoping to have it finished in May – it is now predicting it to finish later this year.

Beef Central asked the CER if it was planning to award ACCUs for the projects. A spokesperson said it could not release the information.

“The CER releases information in the public domain to the extent that is permitted under its legislation,” the spokesperson said.

“Information on Emissions Reduction Fund (ERF) projects, including the number of carbon credits issued to a project, that can be publicly released, can be found on the public project register.”

The spokesperson said the impending review of the ERF was not impacting wait times.

“The review is not impacting on the processing times for issuing carbon credits for soil carbon projects or any other methods, including those mentioned in the review terms of reference. The CER continues to assess crediting applications carefully and efficiently, in accordance with method and other legislative requirements.”

How will the claims stand up?

The science community is awaiting the results of the CER audit, to see how the company’s claims stand up to scrutiny.

QUT professor Peter Grace said the claims were broad at this point and he was keen to see how they were calculated.

“I totally support any management practice and industry program that promotes soil carbon sequestration as it underpins productivity and sustainability,” Professor Grace said.

“However, the soil carbon credit story is all about permanence over decades and that is closely linked to climate variability and change.

“The claims are somewhat ambiguous at this stage as no detail or context is provided. Carbon accounting is all about bringing a lot of quantitative information together including changes in soil C as well as associated emissions of methane and nitrous oxide. I look forward to seeing the full account.”