MEAT & Livestock Australia’s team of international business managers flew into Rockhampton from all corners of the world last week to share the latest insights on consumer trends and the work MLA does in various markets to market Australian red meat.

Here’s a snapshot of some of the messages and insights MLA’s in-market experts offered during MLA’s global market forum: 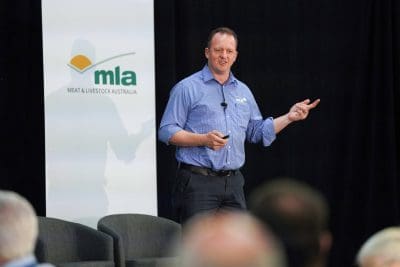 It is no secret that Australia’s number one position in Japan’s imported beef market has been coming under strenuous challenge from the United States since its staged re-entry into the market in 2013-14. Before BSE the US was the market share leader in Japan and has been actively trying to regain the coveted number one position. However, what has been interesting is that while the US has been getting more and more beef into Japan since its re-entry, to a large extent its substantial promotional efforts have helped to increase total Japanese beef demand, rather than reduce Australia’s market volume. “They haven’t taken it from us, but they have actually been involved in growing total beef consumption in Japan,” MLA’s International Business Manager for Japan and Korea, Andrew Cox, explained to MLA’s global market forum at Beef 2018. “So that is a positive, total imports are growing.”

If Rockhampton is Australia’s beef capital, South Korea could be regarded as Asia’s beef capital, Mr Cox said. Korean consumers eat more than 30 percent more beef per person than Japanese consumers. South Korea is Australia’s third largest beef export market, taking 15pc of Australia’s total beef exports. Unlike in Japan, US beef has a more favourable tariff arrangement in South Korea than Australia whih gives it a competitive advantage on price. Australia’s market share has been hit harder by US competition in Korea than in Japan. “There has been a rapid increase in American imports (in Korea), but once again it is not like the US has taken all of our market share, in fact it has added extra beef into the market,” Mr Cox said. Working in Australia’s favour, like Japan, is the fact that Korean consumers are even more concerned about country of origin than Japanese consumers, and Australian beef is held even more strongly in the hearts and minds of consumers in Korea than in Japan. Australian beef in the market is held in particularly high regard for the three key attributes of “ideal environment, healthy and natural, and enjoyable and friendly”, according to MLA market research.

A decision last year by the massive US-headquartered Costco chain to replace Australian beef in its South Korean warehouse-outlets with US beef was a major setback at the time for Australia’s beef export trade to the market. However proactive efforts to work with Costco’s major competitors in the market appear to have helped Australia’s beef industry to recover much of what was lost. “That was a big hole in the market, but because we have some great insights about where our brand is, and consumer perceptions, we were able to go to Costco’s competitors and propose that we lift up the commercial activity they have around Australia beef,” Mr Cox explained. “Those competitors were really happy to do that, because obviously they’re trying to drive market share gains…we were able to recover the sales of chilled grainfed beef, 80pc of it, into Korea within six months, because of the strength of our brand.”

Is there a future for grassfed beef in Japan and Korea?

Given Australia’s advantage in the grassfed beef market, what opportunity exists for chilled Australian grassfed beef to capture premiums in Japan and Korea, Barry Henderson, Corfield Downs, Corfield, Qld, asked at the MLA Global Markets Forum. Andrew Cox noted that while Japan is traditionally a very strong grainfed beef market, there has been some emerging interest in grassfed/pasture fed programs in Japan. “You do see now chilled grassfed product on the shelf, and you will see it in restaurants and I think that demand will increase,” Mr Cox said. “A lot of retailers are currently trying organic beef and with the Olympics around the corner and the sustainability programs they have in place that will increase.”  Teys Australia’s Andrew MacPherson said grassfed interest in Japan was emerging but it was slow. This was in part because over time Japan had formed a view that the only way Australia could supply a consistently high quality eating experience was through grainfed beef. “The prevalence and growth of product underpinned by MSA is certainly supporting growth in grassfed beef in Japan, (but) it is definitely slower than what we are seeing in other markets.”

Watching grassfed grow in the US 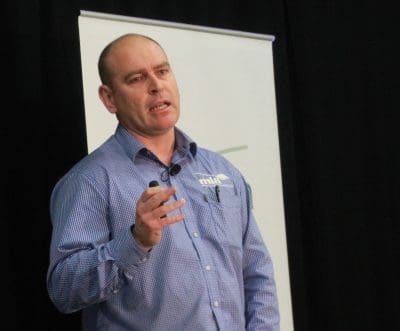 Exports of chilled Australian grassfed beef into the United States continue to climb, according to MLA’s international business manager for North America Rob Williams. Chilled grassfed product represented 11 percent of Australia’s total exports to the US six years ago. This year the amount has risen to 25pc.  A key component of MLA’s work in the market involves ensuring Australian grassfed beef is clearly differentiated from other competitors in the market including Uruguay, New Zealand and Ireland, and local US grassfed producers. “Particularly with that clean green image and also the great affinity the US has with Australia,” Mr Williams explained. “Our consumer tends to be a 25-41 year old, typically female, very digitally savvy, usually wealthier earning around $90,000 a year, and they’re really looking for those perceived health benefits of grassfed beef – ‘better for me, better for my family, better for the environment, better for animal welfare’”. Mr Williams said that while grassfed beef has traditionally been consumed in the food service area, it was now growing in popularity in other segments including quick service restaurants and fast and casual dining. “What we would call the Chipotle model is taking off in the US, that is particularly among the younger consumer. The growth of these segments between particularly quick service restaurants, fast casual and casual dining, we have seen 140-200pc growth in the menu placement of these products, so that is good news for us”. Mr Williams said grassfed beef was also growing in popularity in the retail/supermarket sector among premium shoppers.

Improved market access conditions and tariff reductions for Australian beef into Mexico is starting to result in some chilled grassfed product at premium prices being exported to the market. Volumes remain very small but Mr Williams said they are expected to grow gradually in coming years. Mexico has a similar sized population to Japan but a younger demographic and a growing economy.  “For a developing or emerging economy, Mexico has quite a high expenditure at food service per capita, so we think whilst Mexico is not an immediate opportunity, we have put together a 3-5 year strategy to try to lay the foundation for the future,” Mr Williams said. Improved market access is likely to continue longer term for Australia under the Trans Pacific Partnership. 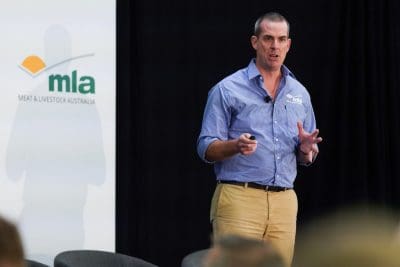 One example of some of the novel and more innovative approaches MLA is taking to boost consumption of Australian beef was outlined by MLA’s Domestic market manager Graeme Yardy at the global markets forum. MLA has a team that works with food service professionals to help them to understand how to get the most out of red meat. Here’s one example of the difference it can make: MLA’s corporate chef and food service manager Sam Burke has been working with the Sodexo Group which supplies food and catering services to some of the big mining sites in the Pilbara. Sam held an innovation master class working with Sodexo chefs to develop different ways of serving red meat on their menus. During that process he developed an “Australian beef meatball pocket”. Mr Yardy explained that just through the addition of that item on the menu, which proved very popular, one mining camp alone began serving an extra 1.2 tonnes of Australian beef every day. Earlier this year Meat & Livestock Australia partnered with the Australian women sevens rugby team. The partnership provided some interesting insights into the critical role red meat plays in keeping elite athletes fit, healthy and performing at their peak. Mr Yardy said the team’s nutritionist explained that many of the girls who make the team come from country areas, and, faced with having to move to Sydney and living away from home and paying high rents for the first time, typically tend to cut back on their red meat consumption for financial reasons. “The first thing they do is actually cut out protein, cut out red meat, and what happens is they become iron deficient and at risk of anaemia. So the first thing she says she does for any new player on the team is to prescribe them four red meat meals a week, which is what is needed to get them performing at their best.”