AFTER 40 years of relative stability, the European market landscape is undergoing tectonic shifts.

Europe as a region consumes 8 million tonnes of beef a year. 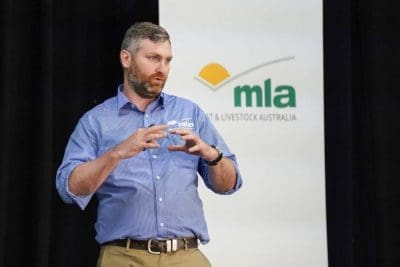 Of that volume Australia has exclusive access to a quota of only 7150 tonnes. In volume terms this equates to less than “one sausage between three consumers a year”, MLA’s International Business Manager, Europe & Russia, Josh Anderson, told a Beef 2018 forum.

Australian beef supplied above that volume attracts a $6.20/kg tariff, rendering it uncompetitive in the market.

What it lacks in volume for Australia, the EU market packs a punch in value, delivering premiums back to the farm gate worth 40c/kg carcase weight.

It is a market worth fighting for a greater share of, and the opportunity is now unfolding, as the “Brexit” divorce between the EU and Britain triggers new trade agreement negotiations.

MLA’s International Business Manager for Europe & Russia, Josh Anderson, told a Beef 2018 forum that the Australian red meat industry is aggressively working to maximise its chances of success and is receiving strong support from the Australian Government.

But he acknowledged that while there were opportunities to increase Australia’s market share in the region, negotiations were being fiercely contested and there was also a possibility Australian beef could face even stronger barriers to trade going forward.

One opportunity for Australian beef to grow its exports to the region lies with negotiations to develop a Free Trade Agreement with the United Kingdom post Brexit.

“So on one side it is extremely positive for us, with the UK coming out of the restrictive EU regime we will be able to start negotiating a Free Trade Agreement from April next year,” Mr Anderson said.

“The Australian Government has already done a significant amount of work to progress that.”

But on the negative side Australia is having to defend its existing market share as well.

There is currently a joint proposal between the EU and the UK which, if passed, would divide Australia’s already limited access of 7000t, and result in a reduction of Australia’s market in the EU of over 60pc.

“We’re being presented endless justifications as to why Australia should accept less tomorrow than it has today, and this rhetoric is nothing new,” Mr Anderson explained.

“We certainly saw this when the UK joined the EU and lost a significant amount of access, it is imperative for our industry that we defend our access to both of these markets.”

Another potential risk for Australia surrounds the ongoing dispute between the United States and the EU over the 48,200-tonne grain-fed beef quota grainfed beef quota, which Australia also has access to along with several other beef supplying nations.

“The US industry has instructed the US Government to take action against that quota, which could essentially see that quota disappear for our industry,” Mr Anderson said.

“This is a significant risk for our industry that we are monitoring very closely.”

A more positive development was the fact that negotiations to develop an EU-Australian Free Trade Agreement are due to start “any day now”.

“This is going to be quite a long road, but it is certainly a once in a generation opportunity for our industry to capture,” Mr Anderson said.