Nanosatellites: the next big thing in rural connectivity?

CONSTELLATIONS of tiny low-orbiting satellites, each about the size of a loaf of bread, could solve many rural connectivity problems in Australia in the next few years, a BeefConnect webinar was told last week. Networks of low earth orbit satellites are being launched with the promise of delivering much faster bandwidth with a lower latency rate than existing rural internet services.

Whether the advantages promised by proponents will deliver real and cost-affordable benefits for rural internet users in Australia should become clearer later this year, as the first of the major new networks start to come online, GHD senior telecommunications engineer, Bryce Leedham, said.

Elon Musk’s SpaceX has launched 360 nanosatellites so far and expects the constellation to be complete by 2027, by which time it should have 12,000 in orbit, providing global coverage.

Facebook and Amazon are also planning to launch similar networks.

While it is expected to take some years for regional Australia to gain access, Space X expects to have enough satellites operating to launch its first commercial rollout in Northern America later this year. 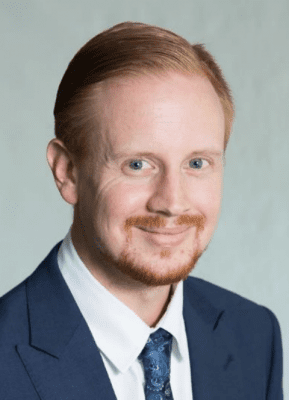 That means, as Mr Leedham explained to the FutureBeef/Beef Central webinar, we should get a much clearer picture very soon as to whether the performance claims being made are accurate, and what their cost structure will be like.

“If their promises are met the solution for remote connectivity becomes a lot easier, because these will be by far and away the best option for connecting your homestead to get good solid fast broadband connections through to site,” he said.

“It is just a matter of wait and see at the moment.

“We just don’t know if the claims they are making around performance are going to be met, and hopefully, if it is commercially available later this year, you will start to get a better idea if it is worth waiting for them to be available in Australia.”

Mr Leedham said the networks of nanosatellites were not looking to compete in metro centres which will be well served by fast connection technologies such as fibre and 5G networks.

“What they are looking to do is to cover areas like remote Australia, Africa and other remote regions that have difficulty being serviced by Telcos where it is just not cost-competitive for them to build their infrastructure on the ground out to those areas,” he said.

The MLA-commissioned study also estimated the comparative cost per hectare of the different network options, the results of which are detailed in the webinar.

Mr Leedham said of all the various options currently available a 4G mobile network subscription was found to the best performing option where it is accessible, but its limited coverage footprint in remote areas was a problem.

“The NBN satellite products are slowly getting better than they were when we did this report and were looking at just the consumer grade products available.

“It would be great to be able to come in and say here is one option, everyone should go for it, but unfortunately it is just not there yet.”

He said the work demonstrated that for most properties the answer will be not a one size fits all solution, but a mix of different technologies being used together.

In the webinar Mr Leedham also delves into the NBN’s new business satellite service for rural businesses, and two Australian brands operating in the Internet of Things area, Fleet and Myriota.