DPI’s Manager of Seasonal Conditions Monitoring, Dr Anthony Clark said September rainfall was average to very much below average across most of NSW, with 100mm received in the east of the state, while nothing was recorded in the west. 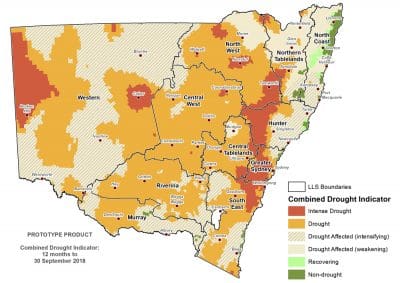 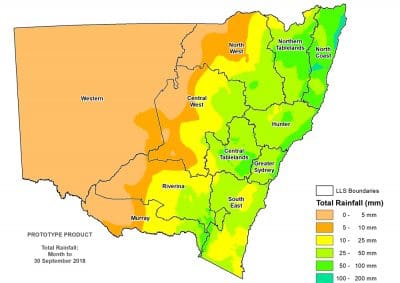 “Conditions improved in parts of coastal, eastern and central NSW, with most of the North Coast now in the Non-Drought category,” Dr Clark said.

“While it is pleasing to see early signs of recovery in some areas, without follow up rainfall, it will take time before we see the benefits for some of our state’s primary producers.

“This means, producers in these areas will continue their on-ground drought management plans.

“Parts of the Central West and Central Tablelands regions received an early spring break, where areas around Parkes, Forbes, Coonamble, Wellington and east of Coonabarabran have retracted into the Drought category.”

Dr Clark said in early October, welcome rainfall was received across a large areas south and east of Broken Hill in the Western region.

The Bureau of Meteorology Outlook for October to December indicates that there is a 50 per cent chance of achieving medium rainfall, with high probability of warm conditions. The southern and western areas of the state will be drier than average.