May to July rainfall is more likely to be above average across most of mainland Australia, the Bureau of Meteorology reported this morning in its latest seasonal climate outlook.

Southwestern WA, southeast Australia and the tropical north have roughly equal chances of a wetter or drier three months.

Most of the country has roughly equal chances of a wetter or drier May.

The current outlook reflects a combination of a rapidly weakening El Niño, very warm Indian Ocean temperatures and warm sea surface temperatures around much of the Australian coast.

Historical outlook accuracy for May to July is moderate over most of eastern Australia and WA, but is lower in patches across the central south, and the tropical north. See map for more detail. 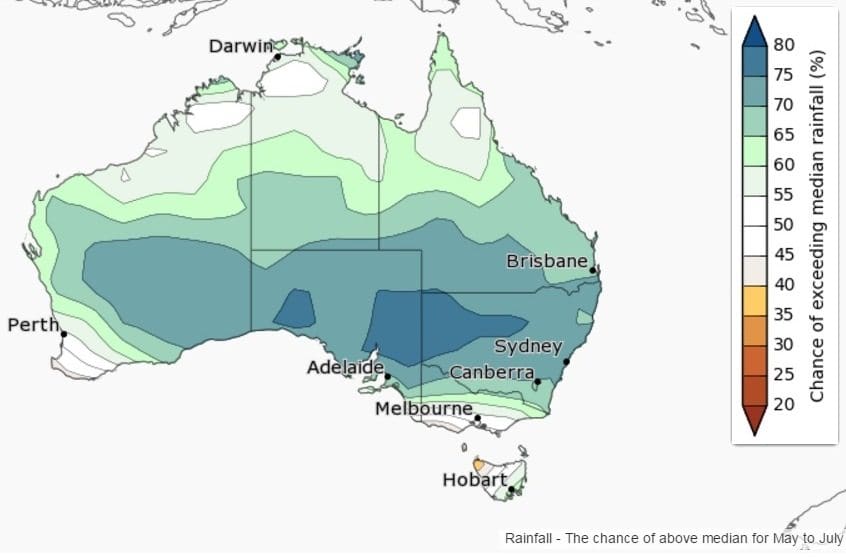 Warm days and nights expected to continue throughout Australia

May daytime and night-time temperatures are very likely to be warmer than average for most of Australia, BOM says.

Warmer than average days are likely for the tropical north, and southern parts of Australia for the May to July period.

Nights are strongly favoured to be warmer than average across the country, with a greater than 80pc chance of warmer nights for large parts of Australia for the May to July period.