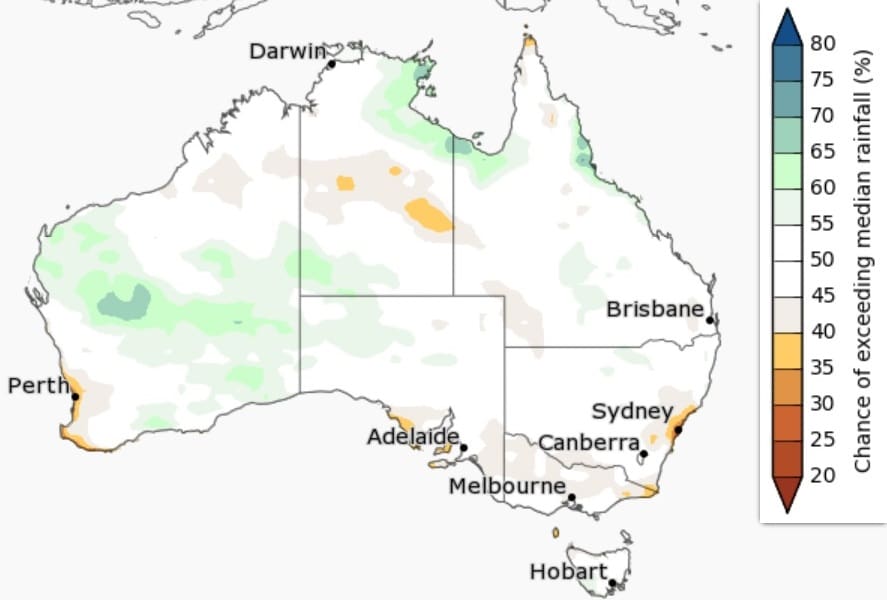 The chance of April to June rainfall being above median is close to 50% across the country, meaning there is no indication that the coming three months will be significantly wetter or drier than average.

For the April to June period, past performance of the Bureau’s model shows it has moderate accuracy across most of the country but low across parts of the south and southeast. See map for details.

Chance of exceeding 100mm during April-June: 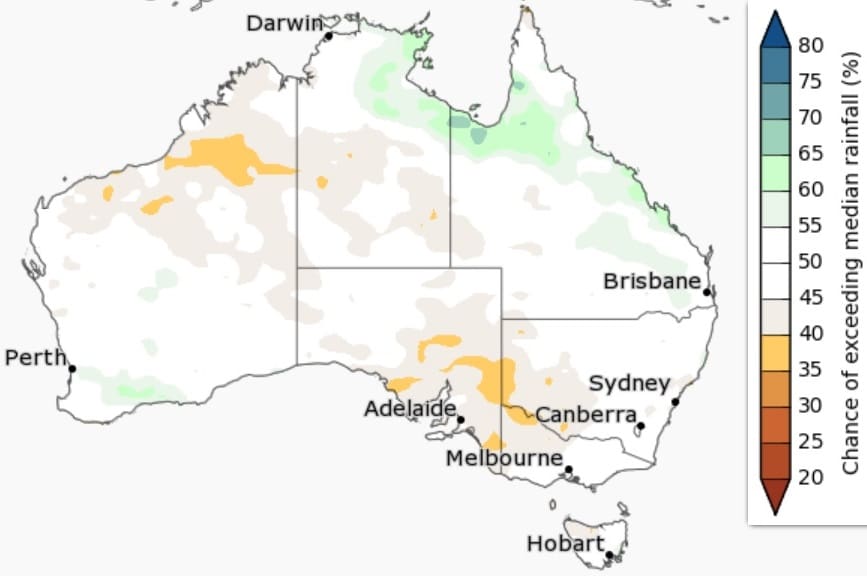 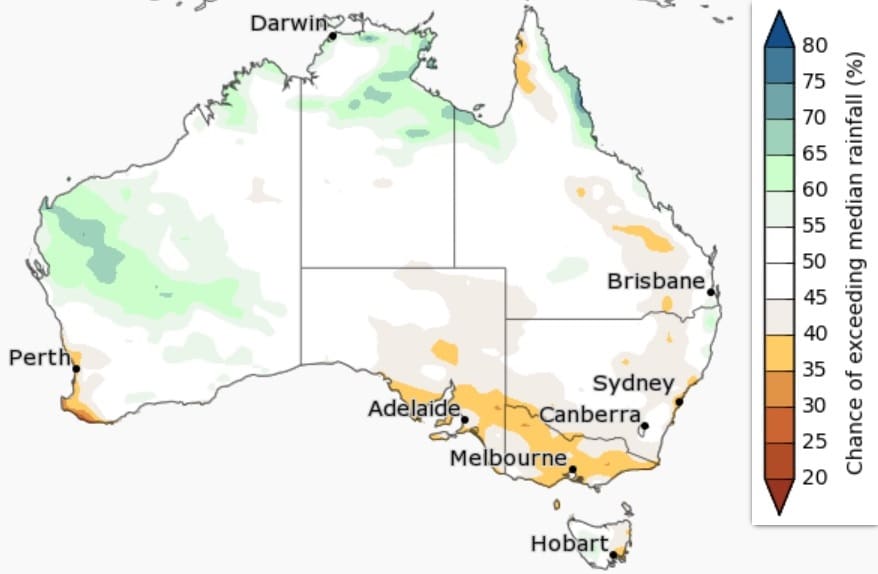 For April to June, days and nights are likely to be warmer than average for most of the country, particularly in northern and eastern Australia.

For the April to June period, past performance of the Bureau’s model has shown it has moderate to high accuracy across most of Australia. Minimum temperature accuracy is moderate for most of the country, but low for parts of southern and eastern mainland Australia. See map for more details. 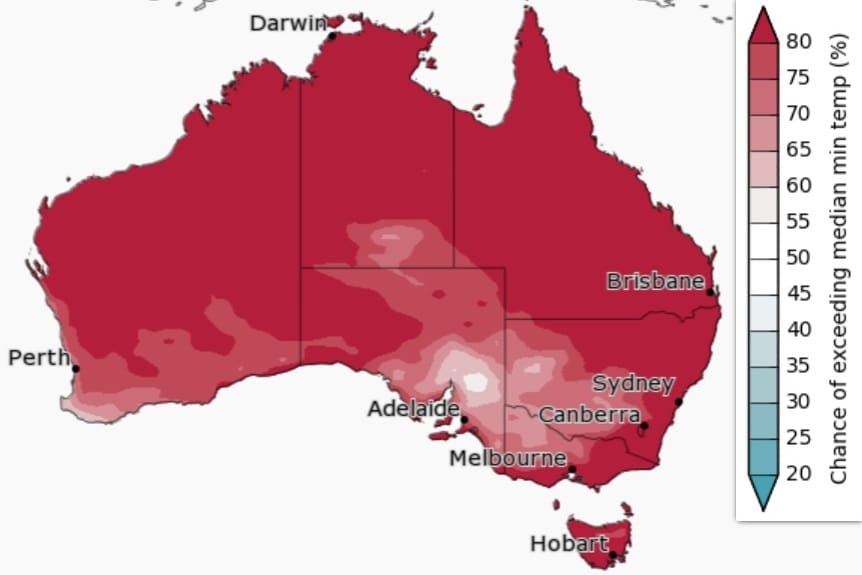 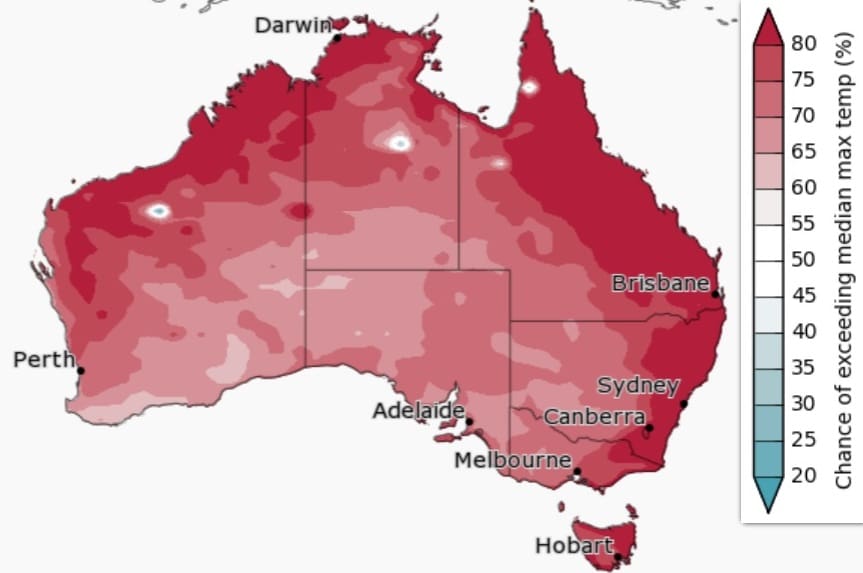