Cattle producers in Queensland’s Central West, now entering their eighth successive year of drought conditions, are waiting with ‘nervous anticipation’ today to see if one of the more positive rainfall forecasts for their region in recent times delivers desperately-needed relief.

Weather forecasts are pointing to a 90 percent chance of rain for the region with possible totals between 20mm and 40mm for Longreach and Blackall today, and lesser falls tomorrow.

Cattle properties further north and west have received some good falls in the past week courtesy of a monsoonal trough, but one of Australia’s longest-running drought affected regions is still waiting in hope.

Boyd and Mandy Curran own and operate Talleyrand Station, a cattle and sheep property at Longreach and partner with Landmark in a stock and station agency business in Blackall, Longreach and Winton. 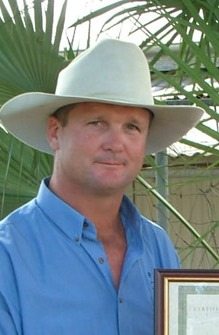 Rainfall records on their property Tallyrand go back 130 years.

Until the recent pattern of below average rainfall started in 2012, there had never been two consecutive years when less than 200mm (8 inches) per year was recorded. Five of the last seven years have now recorded less than that total. The historical annual rainfall average for Longreach is 450mm (18 inches) per year.

While the region welcomed some good winter rainfall in 2016, it has not had the vital consistent summer rainfall needed to replenish and rebuild pastures now for seven consecutive years.

It is difficult to put a figure on stocking levels but Boyd estimates the district would be running less than 15 percent of stocking capacity.

He said he marvels at the resilience of the community and the positive attitudes given the sheer length and relentless nature of this dry run, now easily the longest in written records.

“It is beyond comprehension and it is hard to find the words to explain what people have been through, he said.

“People are desperately hoping this change delivers significant relief to our region.

“It is amazing the resilience of this community, how long people have gone without being able produce what they normally produce.

“Imagine if a hotel had to go for eight or nine years without being able to sell any beer. How would you survive? You couldn’t.”

Mr Curran said the support that had been forthcoming for the region from all over Australia had been immense, and had genuinely helped the community to carry on. Rainfall forecast for Queensland today – click on map to enlarge

“I think people here are so grateful for the support they have received from all over Australia, the genuine empathy they feel for people living in our region.

“A retired brother and sister from the Gold Coast came in to our Longreach store last year telling us they wanted to do something to help so they drove all the way out from the Coast. They felt the best thing they could do was to come and spend time and money here. They came into our shop and donated money, asking us to give it to someone in need. That kind of support is immense, it means so much.”

Mr Curran said the hardest times were those when good rain was predicted and it failed to arrive.

With another forecast heightening hopes and expectations this week, he said the district is watching the skies in ‘nervous anticipation’.

“There’s no words to describe what pressure people have been put under, emotionally, financially and mentally,” he said.

“But  there is still an underlying feeling of positivity.

“In the past the Central West Region, on the back of strong wool prices, was one of the most prosperous regions in Australia.

“I have no doubt the Central West country is the best value country in Australia at the moment.

“With commodity prices strong, there is a feeling that if we get a decent break we will see record prices for cattle, sheep and wool.”

A rapid deterioration of pastoral conditions in several districts of the Northern Territory in the past two months has prompted the NT Government to release a special edition of its quarterly Pastoral Feed Outlook report today.

The report is normally released every three months and the next was not due until early March.

However, the NT DPIR said the updated statement has been released to recognise the poor wet season being experienced and concerns about feed supply in the year ahead.

Today’s report notes parts of the Barkly district have experienced low to extremely low pasture growth, some in the lowest 10 percent of years on record during the past 24 months, and a large area currently has low levels of standing dry matter (less than 500kg/hectare)

The BOM forecast for the region suggests there is a low chance of exceeding average rainfall in the next three months.