The Bureau of Meteorology has released its Severe Weather Outlook for October to April, showing an increased risk of flooding for eastern Australia and tropical cyclones in the north, with roughly average potential for heatwaves and severe thunderstorms. 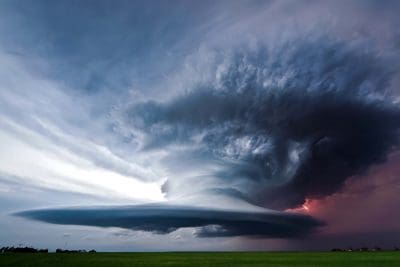 La Niña also suggests an earlier than normal arrival for the first rains of this year’s northern wet season and an earlier monsoon onset for Darwin.

After the catastrophic fires of last summer, it’s a very different bushfire outlook this season, with average fire potential for most parts.
“This fire season we’re expecting wetter than average conditions in eastern and northern Australia, so long running large bushfires are less likely, however a wetter spring can lead to abundant grass growth, which could increase fire danger as it naturally dries during summer.”
“Meanwhile, if dry conditions continue in southwest Western Australia as forecast, the potential for more fire weather days there could increase.”
The Bureau’s General Manager of Decision Support Services, Sandy Whight, said the lower fire risk across much of Australia is no reason for complacency.
“Southern Australia is one of the most bushfire prone places in the world in any summer and it’s important to remember that, right across Australia, even short periods of hot and windy weather will raise the fire risk, so communities need to have their bushfire plans ready.

“La Niña also brings more rain and increased humidity, which can mean fewer extreme heat days. But while heatwaves may not be as severe, the Bureau’s advice is that in southern areas they may last longer and be more humid – both of which can increase the risk to human health. Be sure to monitor the Bureau’s heatwave service, which provides information about the location and severity of heatwaves.”

The Bureau is committed to keeping Australians safe. We support emergency partners and the community to prepare for the impacts of severe weather through regular forecasts, warnings, monitoring and advice.
Now, more than ever, it’s vital to heed the Bureau’s warning to Know your weather. Know your risk.