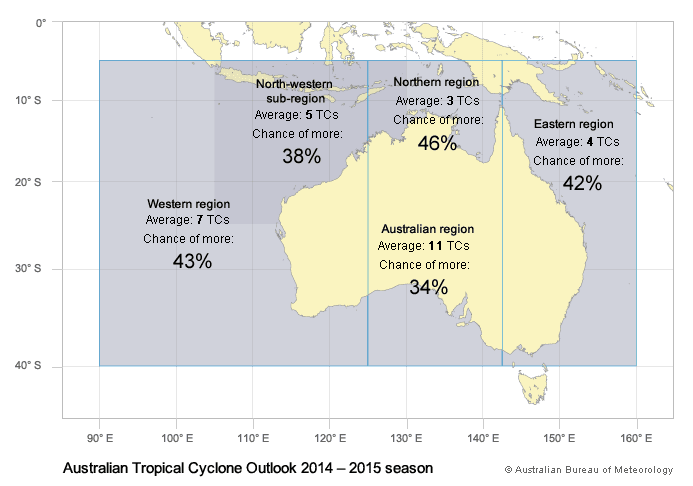 Australia is expected to experience fewer cyclones than usual this summer, according to the 2014-15 tropical cyclone season outlook released by the Bureau of Meteorology this morning.

The forecast says average to below-average tropical cyclone activity is most likely for the Australian region this season.

Australia has always had at least one tropical cyclone cross the coast each year.