Are our climate forecasts getting more accurate? 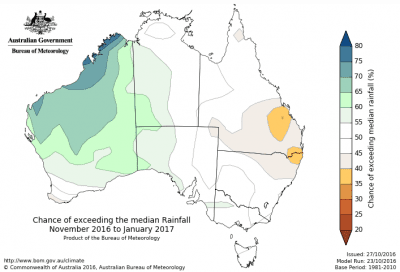 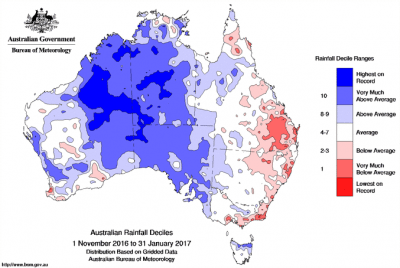 and the outcome. (Click on images to view in larger size)

The Bureau of Meteorology can find itself on the receiving end of scorn and derision when it gets forecasts wrong – admittedly an outcome which can cost people in agriculture seriously big bucks – but it also tends to go unnoticed when it gets things right.

Bagging the accuracy of weather forecasts has been a popular sport in Australian agriculture for years, presumably ever since the first crop of wheat was planted under Governor Arthur Phillip’s orders back in 1788.

But, as technology improves, it’s also a sport that may be in danger of going the same way as apparently once popular but now extinct former Olympic events like “solo synchronised swimming” or the water obstacle course (a 1900’s version of today’s television show Wipeout)

In the pre-satellite era, the ability of forecasters using hand-drawn weather charts to analyse weather systems was severely limited by the number of land-based observation stations and the huge data gaps that existed over oceans.

However, over the past 30 years, weather satellites, supercomputers and exponentially greater volumes of available data have led to dramatic improvements in forecasting accuracy.

A 2015 study of Australian weather forecasts, published by the Royal Meteorological Society, showed the accuracy of five to seven day forecasts is now similar to a one-day forecast 50 years ago.

Seasonal climate forecasting looks much further ahead than weather forecasting. It won’t give you the likely temperature or chance of rainfall on a particular day in two months time, but it will give you the odds of temperature and rainfall averages being achieved across the next three month period.

As an example, consider the above maps. The first shows the Bureau’s forecast for rainfall probabilities released in early November 2016 for the next three months through to the end of January 2017.

The second map was generated this week to identify what actually happened.

While many in eastern Australia would no doubt have preferred to see more rain over the past three months, that’s one thing the Bureau with its satellites and supercomputers unfortunately can’t yet deliver.

But in terms of providing a useful guide as to what lay ahead, it is hard to fault the accuracy of this particular forecast made three months ago.

What do you think? Are the bureau’s forecasts getting more reliable? Share your thoughts in the comment box below