Why do Vietnamese consumers pay more than everyone else for beef and chicken?

AS a primary element of my South East Asian Beef Report, I have been collecting beef and chicken prices on a monthly basis for over 4 years from Indonesia, Vietnam, China (Beijing and Shanghai), Thailand, Malaysia and the Philippines.

One of the most consistent features of these figures is that Vietnam, the poorest country in this group in terms of personal annual income, pays the highest prices for both beef and chicken. When the cost of wet market beef is expressed as a % of income, Vietnamese pay 7 times more than Malaysians and more than double the price paid for beef in two of the richest cities in China. Vietnamese wet market supply chains appear on the surface to operate in the same manner as those in other parts of the region.

See below a very basic calculation that I made in 2015 where I have used national income data from the World Bank, expressed in USD$ to compare “average incomes” with the cost of beef. I have divided the annual incomes by 365 to get a feel for the daily spending power of the various countries in the list.

The beef prices in my monthly reports are based on knuckle (round) so I have used this data (converted to US$) and divided the price of a kilo of knuckle by the income to get a percentage figure which reflects the proportion of daily income necessary to buy a similar piece of beef in each country. While some of the values have changed since 2015, the general trends remain the same today as they did 3 years ago.

The original purpose of including a chicken price in this beef report was simply to have a comparison with an alternative source of meat that consumers may consider when shopping for the family. What this process has inadvertently done is highlight the exceptionally high price that Vietnamese also pay for their chicken. See table below.

Table : Average prices in AUD for the last 3 years. Wet market beef costs 3.69 times the cost of the live animal in Vietnam, 16% higher than the rate in China and 56% higher than in Thailand.

The fact that the production systems of these two major food commodities are very different suggests that there may be some fundamental problems common to both products deeper down in the national food supply systems which are responsible for forcing prices to such an unusually high level. Broiler production is a massive and highly sophisticated international business operated by large players like CP (Thailand) and Japfa Comfeed (Indonesia) who dominate chicken business across the region including Vietnam.

Grain supplies are sourced on the global market, chicken genetics and industrial production systems are highly technical and exceptionally efficient.

The Vietnamese infrastructure in terms of ports, roads and cold chains is quite good and certainly superior to countries like Indonesia and the Philippines.

So where is the blockage in this supply chain that results in Vietnamese chicken prices being between double and triple what everyone else in the region pays? 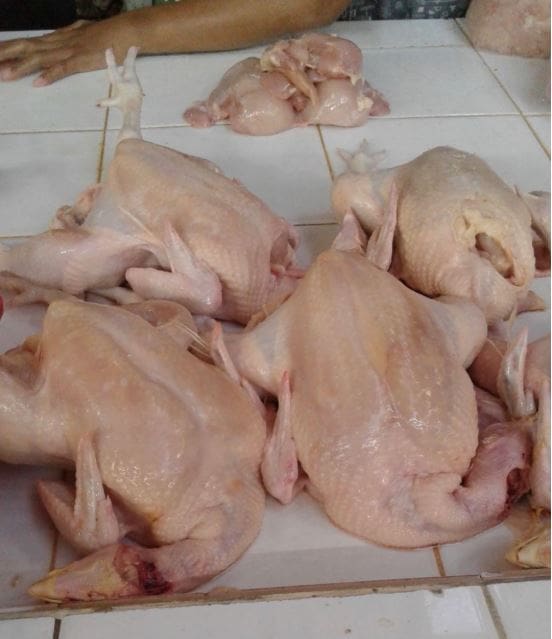 Photo: Industrially produced broiler chickens are exactly the same across the region and around the world. They are available in the wet markets as well as the supermarket chains.

Why are some of the poorest consumers in the region forced to pay the highest prices for both beef and chicken despite the fact that their primary inputs to production are much the same as everyone else?

The short answer is, I haven’t got a clue. What I can say with confidence however is that if the Australian industry is interested in selling more live cattle and beef to our Vietnamese customers then it would be very useful to investigate the reasons for these massive additional costs with a view to perhaps finding a way to bring them back into line with the rest of Asia.

Vietnamese importers will tell anyone who asks that their main problem is buyer resistance to higher prices, hence the dramatic reduction in imports from Australia from 362,000 head in 2015 to 165,000 in 2017 while Australian live cattle prices went through the roof. Somewhere between the unloading of imported cattle and the wet market tables, someone is taking what appears to be an unreasonably large piece of the pie leaving consumers with a price well above everyone else in the region. A detailed investigation of the full market supply chain should be able to identify where the blockage is located and propose the means to resolve the problem providing a potential win win for Australian producers and 90 million beef loving Vietnamese consumers. Those representing the interests of chicken consumers might also benefit from a similar approach. 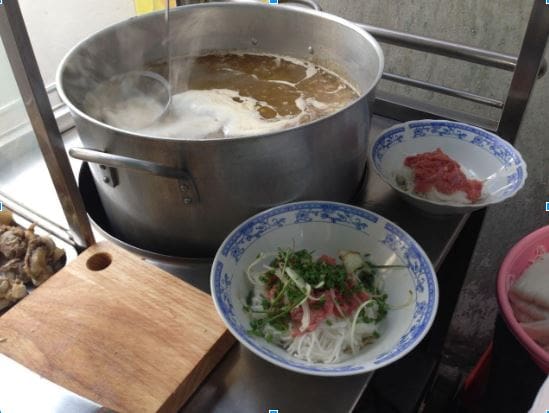 Vietnamese beef and noodle soup, Pho, is renowned as the nation’s most popular dish. One way they keep the cost down is to use only a small slice of fresh beef amongst the noodles, vegetables, herbs, spices and delicious stock. Enjoyed for both breakfast and lunch at about $2 per bowl. It’s not much beef per dish but when you consider that a very high proportion of the 90 million population enjoy this meal every day, the total volume of beef required is huge.