A case has been made to replace the flat-rate Cattle Transaction Levy with a new percentage-based Value Added Levy, which would work in a similar way to the Goods and Services Tax (GST). 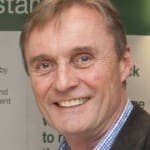 The idea has been put to Senators conducting an inquiry into agricultural levies by former Cattle Council of Australia chief executive officer Justin Toohey.

While Mr Toohey’s proposal is specific to the cattle industry, he says it could equally be applied to other agricultural products against which levies are charged.

In a written submission to the inquiry, Mr Toohey asks Senators to consider the idea of replacing the $5/head cattle transaction levy (CTL) with a percentage-based Value Added Levy (VAL), which he says would ensure a fairer result for all players throughout the supply chain.

Mr Toohey said a VAL would work in a similar way to the GST, with a percentage-based-levy applied only to the value added to cattle by each owner.

(Mr Toohey has initially nominated a VAL rate of 0.75pc as an example – more on how a VAL rate could be calculated below.)

The amount of VAL paid at each transaction would be determined by applying the VAL percentage rate to the difference between the price paid for an animal when purchased and the price received when sold. If the animal is sold for less than it was bought for, credit would be received. This is as the GST works.

By applying the levy as a VAL, the levy collection system would be removed from the Department of Agriculture’s Levies Management Unit and handled instead by the Australian Taxation Office. Cattle owners would file Business Activity Statements or Annual Income Statements recording prices paid for cattle bought (which would be zero for breeders) and prices received for cattle sold.

Mr Toohey said a VAL was one of several options considered for introduction before the existing CTL was adopted in 1991, and was seen at the time as the most equitable of the options presented and the cheapest to administer.

However, because a GST did not exist in Australia at the time, a VAL was considered too complicated. The CTL was chosen because it was more easily understood, and provided relatively predictable income for levy recipients.

In the subsequent years, however, the GST has become well understood, while several failings have since been identified with the CTL.

These include problems with the existing collection mechanism, the burdens it places on unpaid collection agents; accusations made to the recent Senate Committee Inquiry over downstream collectors falsifying levy figures and in turn MLA voting entitlements; high levy receipts caused by droughts driving higher numbers of transactions then slumps in receipts following widespread rain; and weaner producers paying a much higher percentage in levies when their animals’ values are low.

The current levy system also lacks transparency in terms of who pays the levy, how much each levy payer pays, and therefore who should have the say.

Advantages of a Value Added Levy

Mr Toohey said a VAL would provide many advantages.

These included a simpler collection system and more equity throughout the supply chain, because the levy would apply only to the value added by each levy payer.

Every cent of levy paid could also be recorded against a levy payer’s ABN or personal details. This would ensure that each individual’s and sector’s say in policy and development programs would be weighed exactly against their VAL contributions.

A VAL also amounts to an identical percentage of levy against every animal, and the provision of stable levy income for recipients as lower slaughterings are offset by higher prices and vice versa.

Management by the ATO would also remove the current burden on collection agents and the reliance on the Department of Agriculture’s Levies Management Unit to manage collection and distribution of levy monies.

“Whatever body is chosen or constructed to distribute the levy in the future (following implementation of changes stemming from the Senate review), its task will be made considerably easier under the VAL than the CTL because of the greater clarity of levy source,” Mr Toohey writes in his submission.

“This is made possible by the much more direct involvement of the ATO through the use of each levy payer’s Business Activity Statement or Annual Income Statement.

Processor levies will be far more clearly defined and will continue to be based on their cents-per-kilogram charge, with these moneys making their way specifically to the processing sector’s service company.

“Likewise, the livestock exporters would continue to pay their levies, collected under their own preferred system, to LiveCorp.”

How would a VAL rate be calculated?

Consider that a VAL is effectively being paid by the animal, not the custodian of the animal.

It is an odd concept, Mr Toohey concedes, but one that helps to gain an understanding of how the VAL is to be calculated and why the CTL is so inequitable.

Under the CTL, an animal that is traded five times, for example, has five levies charged against it; on the other hand, for an equivalent animal traded once (for slaughter), only one levy is paid. The latter animal attracts a levy charge of only 20pc that of the former.

Under a VAL, it doesn’t matter how often an animal is traded: the percentage charge against the value added to each animal accumulates through the animal’s life until, at the end, it totals the percentage at which the VAL has been set. It is evenly applied to each and every animal.

The level of the VAL is found by determining how much total levies are to be collected for industry throughout the year and dividing it by the total value of all cattle at slaughter.

Practically it would be calculated as follows (estimates only):

As the animals transition from birth to slaughter, a VAL is charged at each transaction point, just like with the GST. Because it is applied only to the value added by each owner (calculated by subtracting from the total sale price any moneys originally paid for the animals), the total levies collected for the entire life of the animals is equivalent to 0.75pc of their value at the time of slaughter.

Replacing the CTL with a VAL would address a number of transparency concerns raised by the Senate Committee and would remove the expense of collecting and submitting the CTL currently incurred by agents and the processing sector.

There are producers who will pay a little more in dollar terms under a VAL than under the CTL (and some who will pay less), but the percentage they will be paying will be identical to the percentage paid by all participants in the supply chain, and it would only apply to the value added to each animal by each owner.

To read Mr Toohey’s full submission to the Senate Inquiry, which includes several practical examples of how a VAL could work, click here