Rural confidence riding high on back of cattle, sheep

Australian farmers are increasingly optimistic about the year ahead, with much of this riding on historically high prices for lamb, mutton, wool and beef, the latest quarterly Rabobank Rural Confidence Survey has found.

The survey is based on quarterly questioning of 1000 primary producers across a wide range of commodities and geographical areas throughout Australia and has been running since 2000.

The latest survey released this morning shows that overall net confidence remains at positive levels (with more farmers positive than negative), and has been so since early 2015.

This is the longest period of positive sentiment in the survey’s history.

Results from the latest survey, conducted in May 2017, indicates: 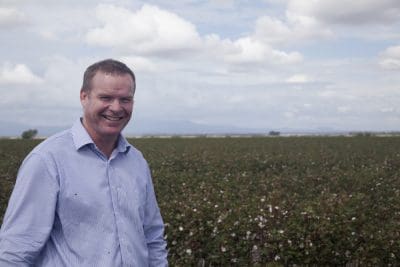 Rabobank national manager Country Banking Australia Todd Charteris said ‘there has rarely been a better time to be a grazier’, with prices for beef, lamb and mutton continuing to hit new records, and wool prices also at an historical high – albeit back down from its recent peak.

This quarter, the survey also questioned Australian farmers for the first time about their uptake and use of sensor technology, such as drones, moisture probes, yield mapping, EID (electronic identification) and auto drafting.

Mr Charteris said although the uptake of sensor technologies was found to be relatively low to date (at 23 per cent of all farmers surveyed) – its usage was much higher (at 57 per cent) in larger farming businesses with gross incomes above $1 million.

“While sensor technologies are increasingly being used and talked about, particularly yield mapping in the cropping sector, there is still a long way to go,” he said. “For many, the uptake is being hindered by the cost of the technology compared with the benefits for both productivity and profitability.”

While confidence in Australia’s agri sector increased this quarter, farmers were slightly less optimistic about expectations for their own gross farm incomes in the 2017/18 financial year.

Overall, 31 per cent of surveyed farmers expected their incomes to increase over the coming 12 months, while 48 per cent were expecting little change in their financial position. And those expecting incomes to be down stood at 19 per cent.

This was largely influenced by a significant downward revision in incomes among sugar growers, with 57 per cent expecting lower farm incomes in 2017/18 (compared with 20 per cent in the previous survey).

In contrast, dairy incomes were pegged to improve, Mr Charteris said, with 46 per cent of surveyed dairy farmers expecting a better financial result in 2017/18.

Across all commodity sectors, the survey found farmers holding robust investment plans for the coming 12 months. Overall, 27 per cent are looking to increase investment in their farm businesses, while 66 per cent are intending to maintain it at current levels.

Mr Charteris said investment was pegged to be particularly strong in the cotton sector, with 36 per cent of cotton producers looking to increase investment over the coming 12 months. While it was also high amongst sheep and beef producers, with expansionary intentions held by 29 and 27 per cent of graziers, respectively.

Across the country, confidence was reported to be strongest in Victoria, Tasmania and New South Wales.

Largely underpinned by the bullish outlook held by graziers, Mr Charteris said those in the south-eastern states were also buoyed by seasonal conditions – particularly in Victoria and southern New South Wales. “Widespread autumn rainfall has seen the cropping season get off to a flying start in Victoria and southern New South Wales, however the north of the state needs rain to fulfil planting intentions,” he said.

Meanwhile Queensland reported the largest upswing in confidence, Mr Charteris said, largely due to the strong market fundamentals for cotton and beef.

In the major grain-growing states of Western Australia and South Australia, confidence was hindered by the subdued sentiment in the grains sector – primarily in relation to price, but also the season.

“It has been a pretty dry start to the growing season in the Western Australian wheatbelt, while South Australia has had a pretty good start, except for the Eyre Peninsula where it remains very dry,” he said.

Across the surveyed commodity sectors, farmers were ‘on the whole’ more positive than negative about their prospects for 2017 – with a greater number of farmers expecting conditions in the agricultural economy to improve rather than deteriorate. Sugar was the exception however, with confidence edging into negative territory.

Mr Charteris said although the sentiment for each commodity sector had primarily been driven by commodity prices this quarter, seasonal conditions were also at play.

“In the sugar sector, confidence has taken a hit with the fall in the sugar price to around 460AUD/tonne, while those in Proserpine and Mackay are waiting to see how cyclone Debbie has impacted their yield,” he said.

In contrast, confidence in the dairy sector rose to its highest level in three years, to record the strongest net confidence reading across the sectors.

“Good pricing signals for the upcoming season is helping to restore confidence in the sector, and the expectation of a return to profitability for dairy farmers in the southern export region is also being underpinned by good on-farm supplies of home-grown feed and fodder,” Mr Charteris said.

Meanwhile beef and sheep producers remained bullish about their prospects, with both sectors reporting strong sentiment since early 2015.

“Not only are prices good, but low fodder prices are allowing graziers to hold onto livestock for longer than usual, which could see meat prices sustained at high levels throughout winter,” he said.

Mr Charteris said the prospect of profitable cotton prices for the upcoming 2017/18 season drove the upswing in confidence in the cotton sector, while sentiment levels in grains remained relatively unchanged, as low wheat and barley prices continued to overhang the sector.

“While we are forecasting the area planted to winter crop to remain in line with last year at just over 22 million hectares, production will all hinge on how the season pans out,” he said. “And there is downside risk, with the Australian Bureau of Meteorology rating the chances of an El Niño event occurring in 2017 at about 50 per cent – which in past events, has been associated with below-average rainfall across New South Wales, Queensland and Victoria.”