Writing and implementing a biosecurity management plan to manage unwanted farm visitors may sound daunting, but Queensland livestock producers are finding the process provides clarity and understanding on farm.

Mount Larcom beef producers Ann and Larry Coward developed a biosecurity plan to give them more authority to manage uninvited visitors, such as government corporations, businesses within the resources sector, backpackers and campers entering their properties and spreading weed seed. The access issues stemmed from mining and coal seam gas activities taking place near their farm.

“The problem was that often they were entering in dirty vehicles and spreading weed seeds, and we were trying to improve our pastures, but they felt they had the right to do what they were doing, and wouldn’t listen to us,” Mrs Coward said.

“We have two properties, ‘Fairview’ at Mount Larcom has a significant weed problem, and ‘Mystery Hills’ in the Biloela area has none, so we didn’t want to run the risk of cross contaminating the two and we wanted to get control of the problem at ‘Fairview’. 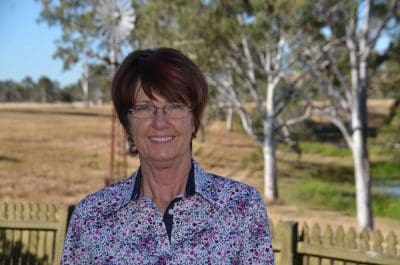 “Writing a biosecurity management plan under the Land Protection Act 2002 gave us the power to say to them that they had to abide by our policies and procedures in minimising the risk of spreading weed seed.

“Before that we couldn’t get them to cooperate, but now we have signage and have taken back control of our property.”

Livestock Biosecurity Network (LBN) National Operations Manager, Dr Sarah-Jane Wilson, said in most cases, farmers will already have the start of their biosecurity plan in place, whether that is part of their quality assurance program, using any Animal Health Statements in conjunction with NVD/waybills when purchasing or moving stock or keeping records of the fodder they purchase.

“People like Ann and Larry who have had particular issues around mining and coal seam gas activities have needed a much more stringent biosecurity plan, beyond the processes they already had in place, as they were trying to manage the access arrangements to their properties,” Dr Wilson said.

“Their plan specifically needed strategies to engage with the companies of concern and negotiate the biosecurity arrangements to reduce the risks to their enterprise, and by having a robust plan in place, they have been able to do that.

“A good biosecurity plan allows you to manage risks early, thereby reducing the impact and costs to your property, it gives you an action plan in times of duress such as bushfire and it gives you a focal point from which to negotiate access to the property, as in the Coward’s example.”

Dr Wilson said having very clear access requirements is a good way to manage the introduction of pest species and disease, both of which can be devastating to farming operations.

“Weed seeds do have quite a big impact on the productivity of grazing lands and pasture, with some weeds being very competitive and outcompeting native grasses and pasture, and others being quite toxic to livestock,” she said.

“The steps the Cowards have taken included locking the gates, and putting up signage, but ultimately it all came back to clear communication with the companies in question.

“Importantly, they have also implemented clear on-farm practices such as using designated roads and access ways, making sure external vehicles aren’t used to drive around the property, and ensuring there is awareness about areas with weed infestations so they can be avoided.”

For Mrs Coward, a biosecurity plan is an absolute must for livestock producers not only in terms of guarding against unwanted weeds, but also to guard against disease and pests.

“Weed control is costing our industry millions and millions of dollars every year in lost production, but by having a biosecurity plan in place, it allows each landholder to take back control of their pastures, of those people entering their properties – you’re taking control of your business,” she said.

Source: Livestock Biosecurity Network. More information on how to prepare an on-farm biosecurity plan, including templates and guides, is available at lbn.org.au