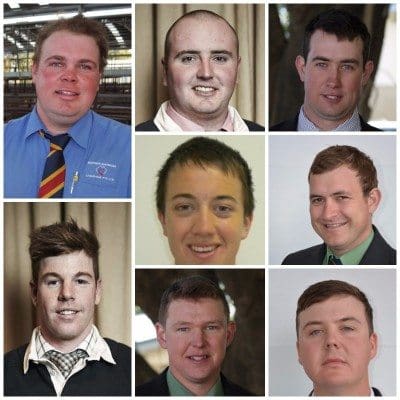 The Big Top Amphitheatre at The Sydney Royal Easter Show will first play host to some of the best young auctioneers from around New South Wales as they compete for that State’s title and the right to compete in the national final next year.

Then 8 national finalists from around Australia will compete for the 2016 Australian Livestock & Property Agents Associations (ALPA) National Young Auctioneer title.

This is the 26th year that the ALPA National Competition has been held and the 28th year since the first NSW competition was held.

“The longevity of this competition speaks volumes for the training and experience that ALPA provides to young auctioneers across the country,” said ALPA CEO Andy Madigan.

“The passion these boys have for their industry and perfecting a rare talent is shown through their dedication to learning through auctioneers schools and going on to compete at a state and national level.”

The beauty of the competition lies in its focus on the future of the industry. All competitors have attended ALPA conducted auctioneers’ schools throughout the year to further develop their skills and learn from experienced professionals.

These competitions showcase their hard work in perfecting the art of auctioneering in the early stages of their careers and cementing their positions within the industry.

10 young auctioneers will compete for the John Weekes Memorial Shield and the chance to represent NSW in next years’ ALPA National Competition.

The 8 National Finalists will compete for the Prosser Cup. The winner will represent Australia in the International Livestock Auctioneers’ Competition at the Calgary Stampede, Canada.

Reigning champions New South Wales will have to defend their title against some strong competition for the NAB Agribusiness Team Shield which is awarded to the state with the highest combined point score.

Competitors will be judged on their diction, values, voice and manner; they must establish their own presence and unique style to make a memorable performance worthy of a title. Apanel of three judges have been chosen based on their industry experience and strong selling backgrounds so that they know exactly how to identify a winning auctioneer, will judge the competitors.

Before the competition, ALPA members will gather with industry members and the competitor’s friends and family for the annual ALPA National & NSW Young Auctioneers Competition Dinner. The night is a celebration of young auctioneering talent and is the premier event for the agency industry in Australia. A memorable feature of the night will be the charity auction hosted by last year’s National Winner. This year ALPA will be raising funds to support the work of the Black Dog Institute, a world leader in the diagnosis, treatment and prevention of mood disorders such as depression.

From local saleyards across Australia these young men will be competing for the state and national titles. The 2016 ALPA NSW and National Young Auctioneers Competition promises to provide an intense auctioneering showdown. 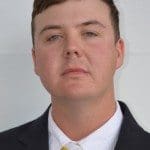 Blake, 21, has been working for Ray White Rural for a year and half and has been in the industry for five years. Blake has been selling for four years and sells cattle and sheep weekly in Guyra and Armidale. Blake is a licensed Stock & Station and Real Estate Agent and an AuctionsPlus assessor for cattle and sheep. Blake is working towards being a great stock and station agent who continues to get the best outcome for his clients, as that is his favourite part of the job. In his free time Blake enjoys campdrafting, preparing led show steers and working on his family farm. 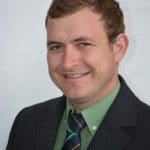 Tom, 25, has been in the industry for six years and joined Landmark last year. He has been selling for five years and sells weekly at Corowa and Barnawartha. Tom holds his Stock & Station Agent Licence and is an AuctionsPlus Assessor for sheep and cattle. In the future, Tom plans to continue growing his clientele and selling at weekly sheep, lamb and cattle sales. His favourite parts of the job are selling, interacting with clients and stock work. Tom’s interests outside of work include water skiing, dog training, playing Aussie rules football and supporting the Richmond Tigers. 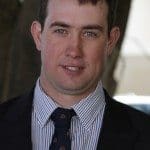 Jake, 25, has been in the industry for seven years and with Hoch & Wilkinson for the past four years. He holds his Real Estate, Real Estate Auctioneers and Chattel Auctioneers Licences, and is an AuctionsPlus cattle assessor. Jake has been selling for seven years and currently sells cattle in Clermont weekly and in Emerald monthly. Jake’s future plans are to continue working hard to improve the business. His favourite part of the job is meeting new people and achieving good results for his clients. Outside of work, Jake enjoys campdrafting and fishing. 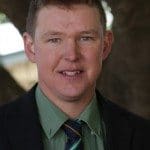 Bryton, 22, has been working for Landmark Emerald for five years. Bryton has been selling for four years and sells cattle once a week at the Emerald saleyards. Bryton holds his Chattel Auctioneers Licence and is an AuctionsPlus cattle assessor. In the future, Bryton plans to continue contributing to the growth of business for the Clermont and Emerald branches of Landmark. His favourite part of the job is meeting new people and having the opportunity to interact with his clients. In his free time, Bryton enjoys training dogs and campdrafting. 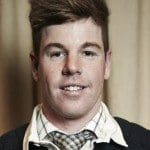 Zeb, 25, has worked for McKean McGregor for three years and has been in the industry for five years. Zeb has been selling for five years and currently sells sheep and lambs weekly at the Bendigo saleyards. He is an AuctionsPlus sheep assessor. Zeb’s plans for the future are to continue growing and developing as an agent. His favourite parts of the job are auctioneering and weighing lambs on the auto-drafter. Outside of work, Zeb enjoys AFL, dog training and working kelpies. Zeb believes he has the best dog in the Bendigo saleyards! 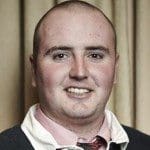 Jamie, 23, has been in the industry for six years and has worked for Elders for the past five years. Jamie started selling four and half years ago which keeps him busy as he currently sells weekly at the Pakenham, Sale, Bairnsdale and Warragul saleyards. Jamie’s plan for the future is to continue developing his knowledge and completing his job to the best of his ability. Jamie’s favourite part of the job is interacting with and obtaining the best result for his clients. In his free time, Jamie enjoys being outdoors playing cricket, horse racing and golf. 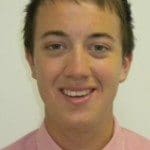 Ronnie, 24, has been working for Elders for seven years and is currently based in Lucindale. Ronnie has been selling for three years and sells cattle at the Naracoorte saleyards up to twice a week. Ronnie holds his Certificate III in Rural Operations. In the future, Ronnie plans to stay with Elders and continue to grow their business in Lucindale. His favourite part of the job is achieving positive results for his clients, he also enjoys the chance to develop relationships with his clients. Ronnie’s interests outside of work include farming, his football club and participating in community events. 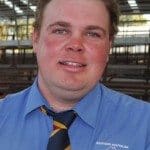 Mat, 25, has been working for Southern Australian Livestock for eight years and began selling five years ago. He currently sells sheep and lambs twice a week at the Naracoorte saleyards. Mat holds his Certificate II in Agriculture and is an AuctionsPlus assessor. Mat’s plans for the future are to continue growing the Southern Australian Livestock business and increasing their representation in the area. In his free time, Mat enjoys sports, fishing and spending time with family and friends.